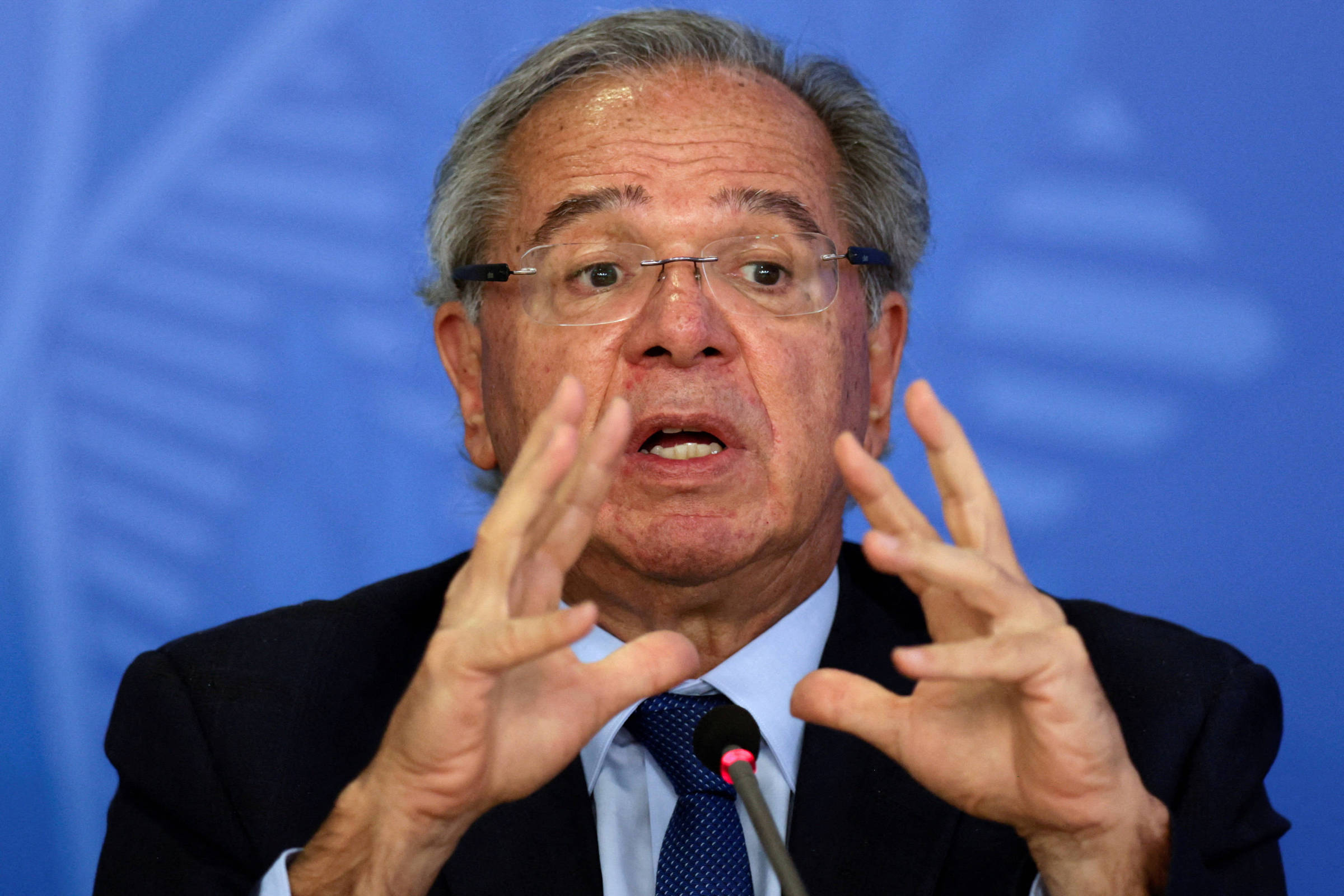 ‘If I were Bolsonaro, I would say everything Lula does, I do more, because we steal less’, says Guedes

“I have only one certainty: those who do not divert resources are able to pay better,” he added.

Guedes gave a lecture lasting about an hour, in which he said several times that the Pix payment system could be used to collect charges from informal workers, and accused the PT of planning to do so if it wins the elections.

“With Pix, it’s easy. Someone will pay, someone will receive. And then you can tax your labor charges on Pix,” he said. “The charge could reach 40 million Brazilians. They fled to informality, now you’re going to chase them through Pix?”, he asked.

The PT has not made any proposals about taxing Pix and has already denied other accusations that it would plan changes to the system that could generate extra costs. The party advocates greater social protection for informal workers and micro-entrepreneurs, but did not talk about collecting new contributions from them. People who work as MEI (individual microentrepreneurs) already contribute to Social Security.

At the event, Guedes criticized the press for spreading news that he considers false and that harm President Jair Bolsonaro’s (PL) reelection campaign.

In a campaign tone, he also said that a victory for “the other candidate” will bring disaster to the Brazilian economy next year and defended achievements of his administration, such as the fall in unemployment this year. For
Guedes, a Bolsonaro victory will guarantee a new period of growth.

The minister again said that the minimum wage will have readjustments above inflation in the coming years. Guedes has been criticized because the Economy Ministry has been discussing a change that would allow the minimum wage to be readjusted without considering the previous year’s inflation rate. The case, revealed by Sheethas generated problems for Bolsonaro’s re-election campaign.

The minister repeated that Brazil “is on the road to prosperity”, that it is respected abroad and that it is in a better situation than the rest of the world. He said he still has good expectations that Brazil will be able to see its nominee, Ilan Goldjfajn, win the election for president of the IDB.

Earlier, on Thursday morning, Guedes had said that an eventual victory for Bolsonaro in this year’s elections would ensure that the 2026 election is pacified, since former president Luiz Inácio Lula da Silva (PT) would probably not run and the current one. president could not run for a third term.

“If Bolsonaro wins this election, Lula will retire. Bolsonaro will not be reelected, because he will have served two terms, so the next election will already be a center election, pacified. It will be Tarcísio, Ratinho Junior, Zema, and polarization is over in Brazil,” he said.

At other events this week, the minister attacked Henrique Meirelles, a former finance minister who declared support for Lula, and criticized the rapporteur’s amendments.

Also on Wednesday, he criticized the rapporteur’s amendments for invading the space of public policies in the Budget, but minimized the risks of corruption involving these resources, on the grounds that eventual deviations are smaller than in PT governments.