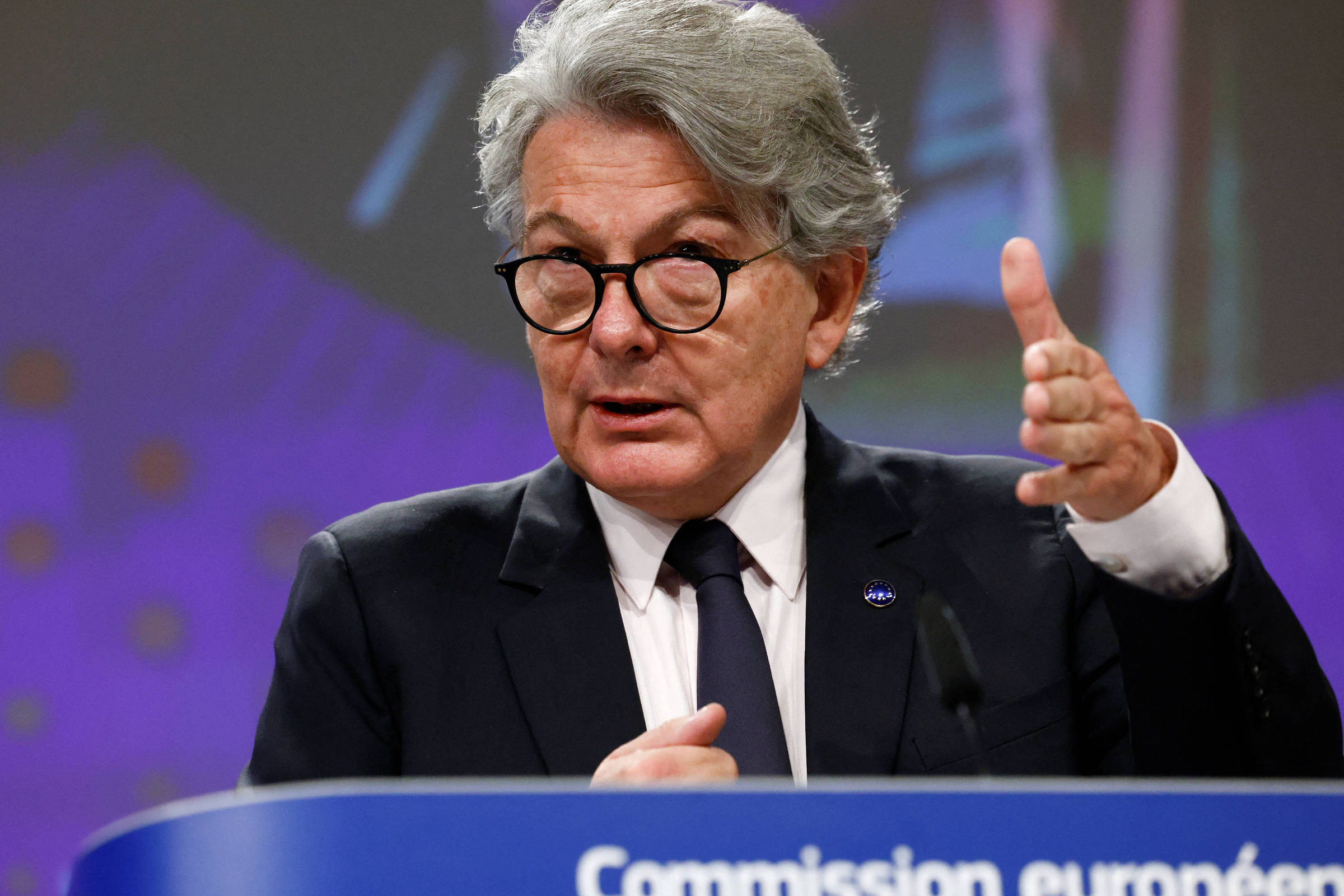 ‘The bird will fly under our rules’, says EU after Musk buys Twitter

The European Commissioner for the Internal Market, the French Thierry Breton, warned Twitter this Friday (28) that, in order to operate in the EU (European Union), it must follow the rules that govern the large digital platforms of the bloc.

Twitter’s new owner Elon Musk tweeted that “the bird is free”, referring to the Twitter symbol, but Breton replied that “in Europe, the bird will fly according to our rules. [da UE]”.

In his tweet, Breton also included a mention of the “DSA”, an acronym for the Digital Services Act, one of two bills with which the EU seeks to regulate the functioning of the main internet platforms.

The full text of the Digital Services Act was published on Thursday in the EU Official Gazette and will formally enter into force in early 2024.

The Digital Services Act is complemented by the Digital Markets Act, and with these two tools the EU seeks to put an end to the abuses of power by industry giants and imposes a strict framework of obligations on them.

This law on digital services focuses on aspects such as the defense of human rights, freedom, democracy, equality and the rule of law, with the intention of being a tool to end disinformation.

To this end, it contemplates mechanisms for the immediate removal of illegal content and obliges digital platforms to suspend users who “frequently” disrespect the regulations.

Musk — already the owner of companies like Tesla and SpaceX — took control of Twitter on Thursday after completing the purchase for about $44 billion.

Once at the helm of Twitter, Musk immediately fired the company’s CEO, chief financial officer and head of the legal affairs division.