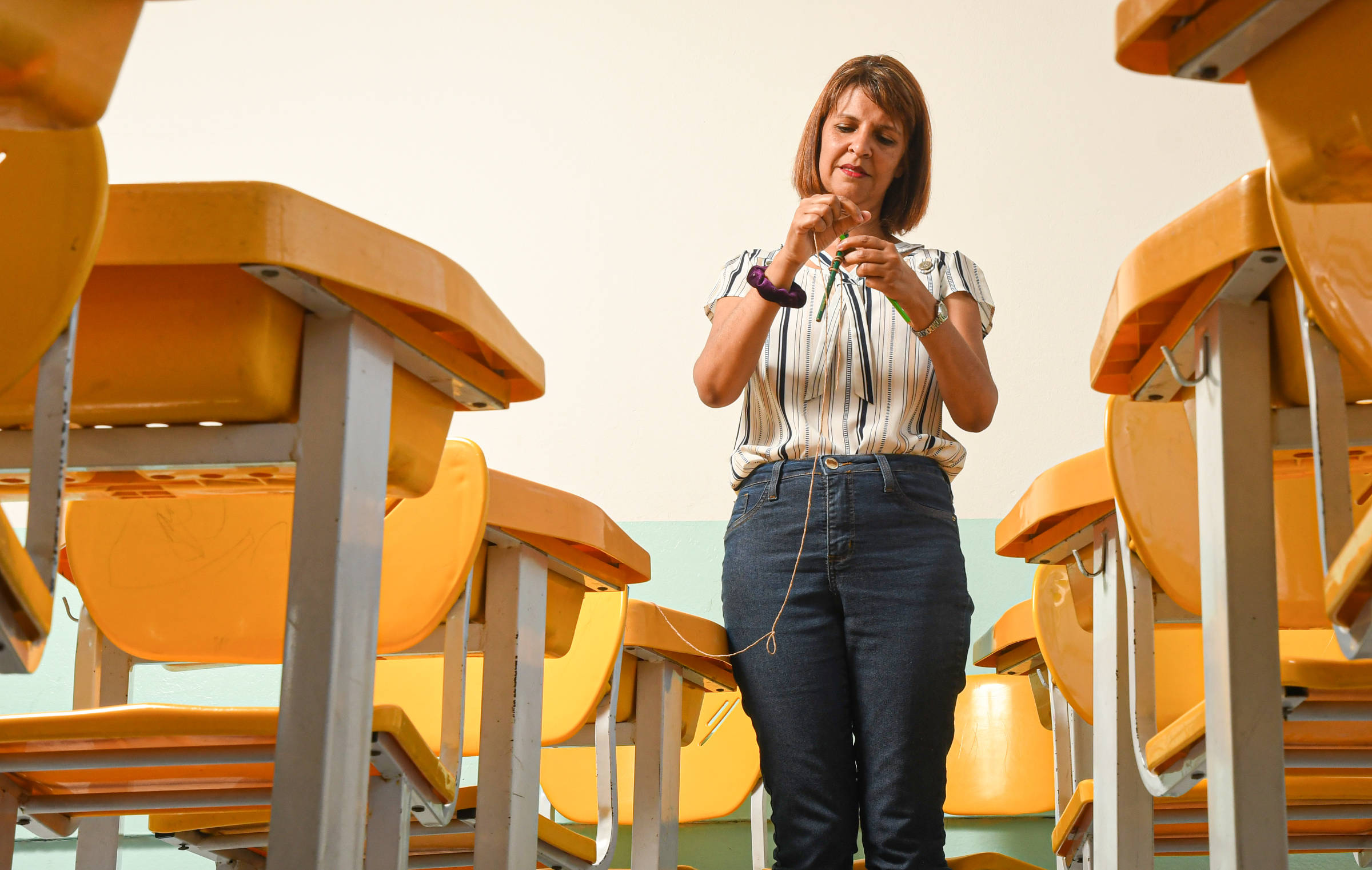 With classes back, the number of educators who thought about leaving due to mental health skyrocketed

The number of education professionals considering taking time off work due to mental health issues has skyrocketed this year. This increase coincides with the return of face-to-face classes, after almost two years of schools closed due to the Covid-19 pandemic.

The data are part of a new survey carried out by Instituto Ame a Sua Mente and Nova Escola, a social organization that works to support basic education teachers.

The survey was conducted online from August 15th to 30th with 5,203 professionals from public and private education — including teachers, pedagogical coordinators and school directors.

In total, 34.6% of respondents said they thought about leaving work for mental health reasons. Last year, when activities were still being carried out mostly online, the number had been 14.2%.

Additionally, three out of five professionals said they thought about taking time off work this year for some reason — as the question wasn’t asked in the 2021 edition, it’s not possible to compare.

In addition, seven out of ten professionals who responded to the survey stated that they did not receive any type of mental health support.

For pedagogue Ana Ligia Scachetti, director of Nova Escola, the impacts of the pandemic are still present, and 2022 is the year in which teachers are most tired.

“The return to face-to-face meetings was loaded with issues related to the fact that for two years there was little interaction. This generates anxiety and depression in all cases”, he says.

“It is necessary to guarantee the psychological support of teachers, coordinators and directors, look at individual issues, ensure that the school community is prepared to deal with them, create spaces aimed at reflection and so that people can speak what they feel. possible to take care of the country’s education, without taking care of their health. These professionals need support and tools so that children have the best learning conditions”, completes Scachetti.

For Vanessa Silva, coordinator of the pedagogy course at FMU, low pay and excessive workload are also factors that influence the mental health of professionals in the field.

“In the case of the teacher, when the exercise of the profession is not only when you are in the classroom, but there are many extra-class assignments, he works with a much greater load than the one he is hired. in several schools or in a single institution in a very high workload. The professional doesn’t have time to take care of himself and that brings exhaustion”, says Silva.

Jane de Souza Melo, 56, says that in the last two years she had to live with insecurity due to the closing of schools. She is a second-year elementary school teacher at the Antonio Bernardino Corrêa Municipal School of Basic Education, in Ferraz de Vasconcelos (in Greater São Paulo).

“I felt insecure in everything I did. Over time, I could no longer control my anxiety, which appeared during online classes. I wanted my students to have the same growth and learning as in person”, says Melo. .

The survey showed that 14% of education professionals consider that the Covid-19 pandemic has worsened their mental health a lot, while 10.3% thought it had improved a lot.

In Souza’s case, she sought treatment. Among other things, she opened an internet channel where she taught crochet for about a year. She also sought computer courses in education, as well as medical help.

“I went to a general practitioner who has been seeing me for many years. I was on the edge of stress”, he reports. These days, anxiety remains. She also pointed out body aches as a consequence.

The survey also showed that practicing physical activity or outdoors is the strategy for 40.4% of educators to take care of mental health. Support from family and friends is the solution for 36.8%.

Facebook
Twitter
Pinterest
WhatsApp
Previous article
Mauna kea tech: The title declines after nine months of turnover
Next article
The schedule for the fourth round of A1 men’s and women’s polo