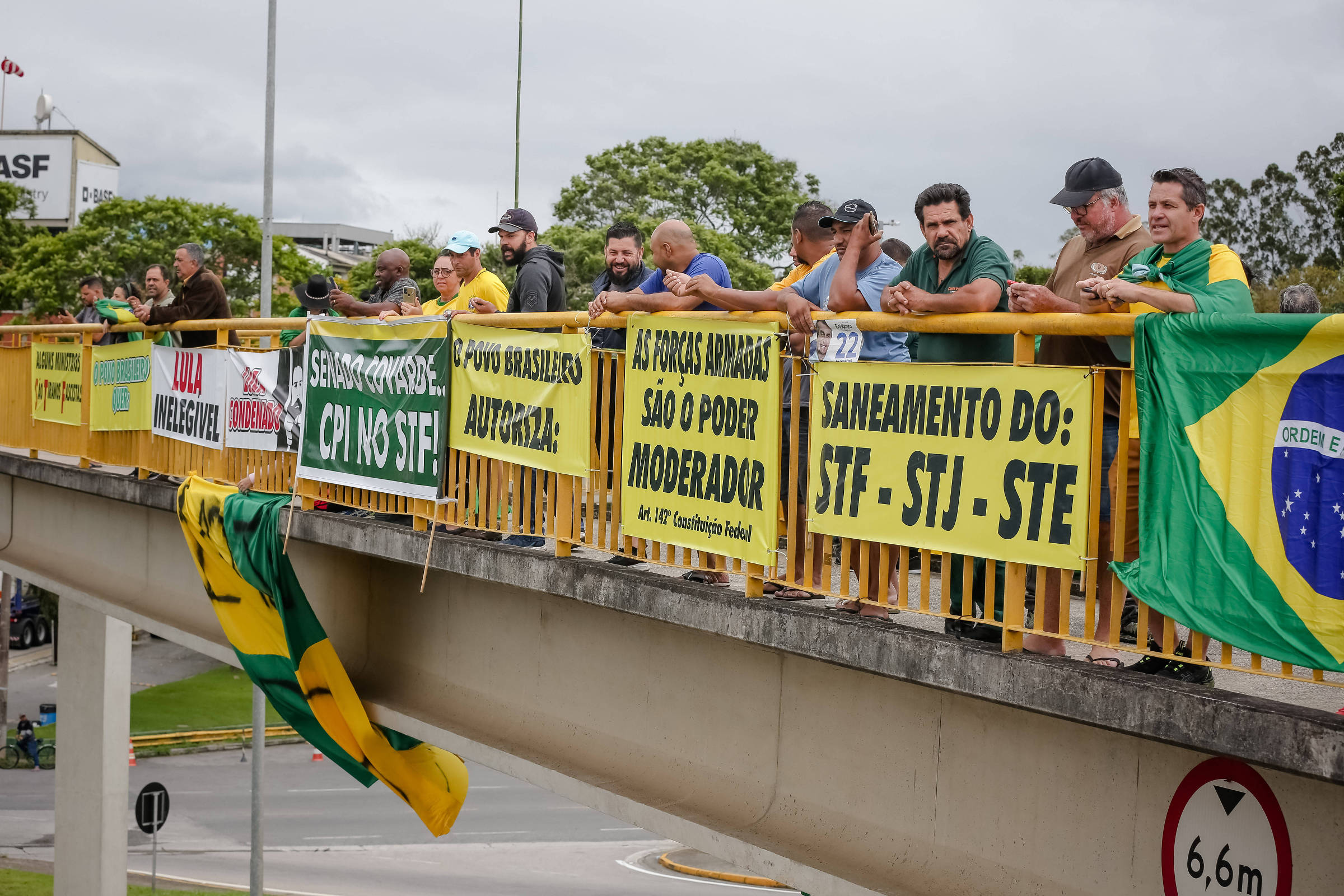 The TSE (Superior Electoral Court) has been sending since the afternoon of Monday (31) a series of court orders to the platforms determining the removal of WhatsApp and Telegram groups with a call for stoppages on the roads and a request for the use of the Armed Forces for a military coup.

The letters ask for the removal of content “that incites serious disturbance of the democratic environment” and instigates “military intervention or the distorted application of article 142 of the Constitution”.

These Bolsonaristas do not accept the president’s electoral defeat to Luiz Inácio Lula da Silva (PT) and again cited this article of the Constitution to demand a coup d’état by the Armed Forces.

Platforms have detected an explosion in the number of Telegram and WhatsApp groups since Monday and are blocking en masse.

In the last few hours, according to information from the platforms, tens of thousands of subgroups of supporters of President Jair Bolsonaro (PL) were created with names such as Paralisação 1, 2, 3, Resistencia Civil, and they are being blocked because of court notifications from the TSE.

According to information from the TSE, in the beginning, Telegram was the main application used for the summons, and when the company started blocking groups at the request of the court, they migrated to WhatsApp, which they started to remove.

YouTube was also called on by the TSE to take down videos with a call for strikes – the understanding is that this content violates the platform’s new rule, which as of Monday (31), began to prohibit content that “promotes false allegations of that widespread fraud, errors or failures occurred in certain national elections” also about the 2022 election, in addition to the 2014 and 2018 elections.

TikTok also received communication from the TSE to remove videos calling for scammers to stop on Wednesday (2).

Facebook
Twitter
Pinterest
WhatsApp
Previous article
Opinion – Psychedelic Turn: Psychedelic revival faces risk of further reversal
Next article
Fazenda Churrascada is a restaurant with the soul of a corporate event with an overdose of brands