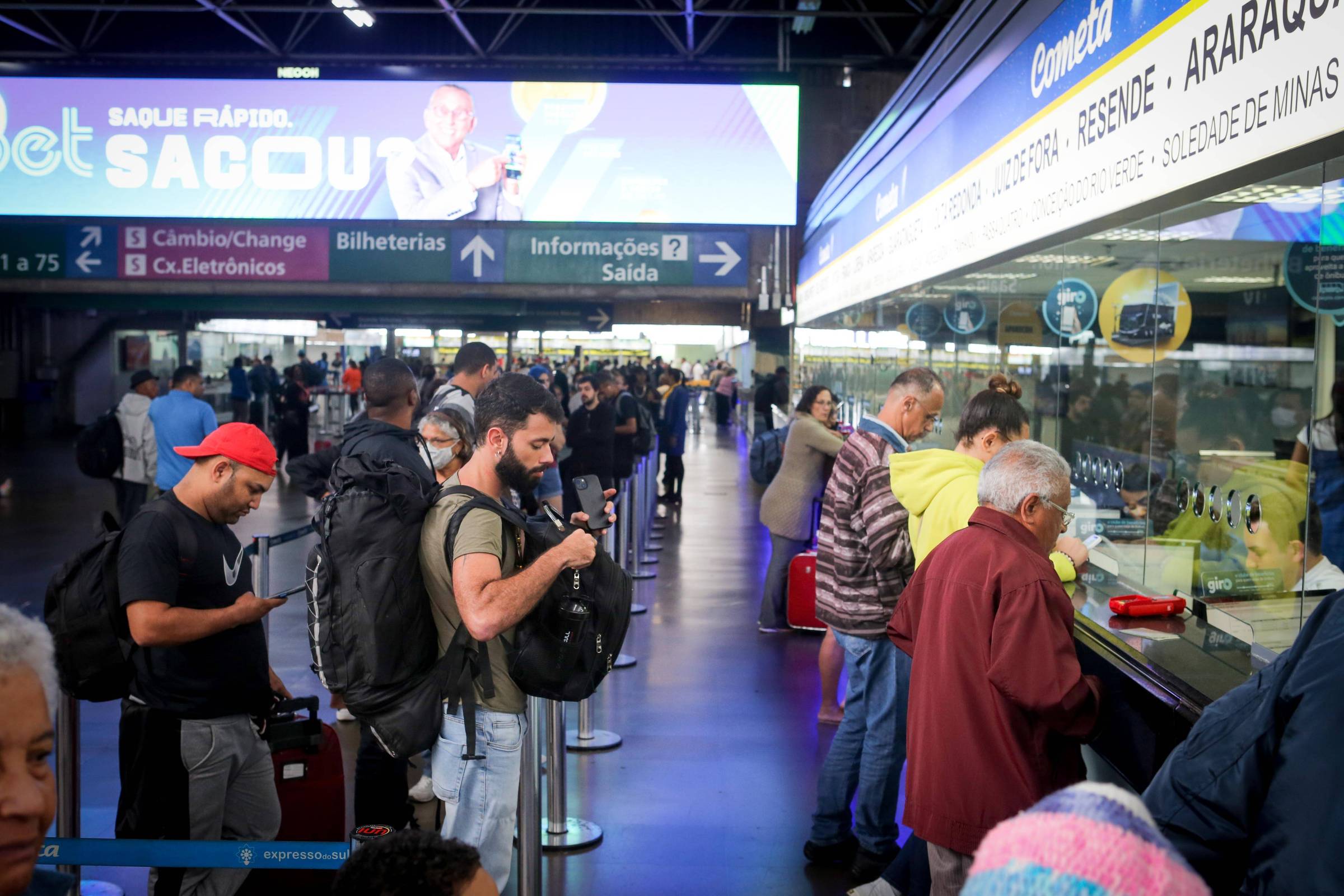 After three days of undemocratic blockades on roads, carried out by protesters who contest, without evidence, the result of the presidential elections that took place on Sunday (30), ticket sales at Tietê and Barra Funda bus terminals, in the capital of São Paulo, were partially resumed. .

According to Socicam, the concessionaire that manages the bus stations, departures to Rio de Janeiro, Curitiba, Florianópolis and other smaller cities, which were suspended, began to be re-established this Wednesday (2), when the Day of Dead.

However, demand is still low and passenger movement remains calm in both terminals as it is a national holiday in the middle of the week, says the company.

“The guidance remains that passengers with purchased tickets or who wish to reschedule their departures, should contact the respective bus companies for clarification”, informs Socicam, in a statement.

The concessionaire informs that, from Monday (31) until dawn this Wednesday, approximately 1,400 bus trips were canceled, considering departures from Tietê and Barra Funda terminals.

This Tuesday (1st), passengers reported that they had been waiting for a ticket rescheduling for 24 hours, even spending the night in the terminal.

According to the PRF (Federal Highway Police), until dawn on Wednesday, there were still 164 road blocks in 17 states across the country.

In Minas, travel to the states of São Paulo and Rio de Janeiro from the Belo Horizonte bus station began to resume this Wednesday.

Interdictions caused by coup protesters on BRs 381 and 040 that connect, respectively, the capital of Minas Gerais to São Paulo and Rio, caused matches to be suspended.

On the two roads there were no records of protests as of Wednesday morning, according to the PRF-MG (Federal Highway Police in the state).

Of a total of 271 departures planned for the Belo Horizonte terminal this Wednesday to cities in the interior and other states, 144 were carried out. As for arrivals, out of 236 predicted, 184 occurred.

The administration of the bus station asks that all passengers with tickets purchased for the next few days contact the companies to confirm departures.