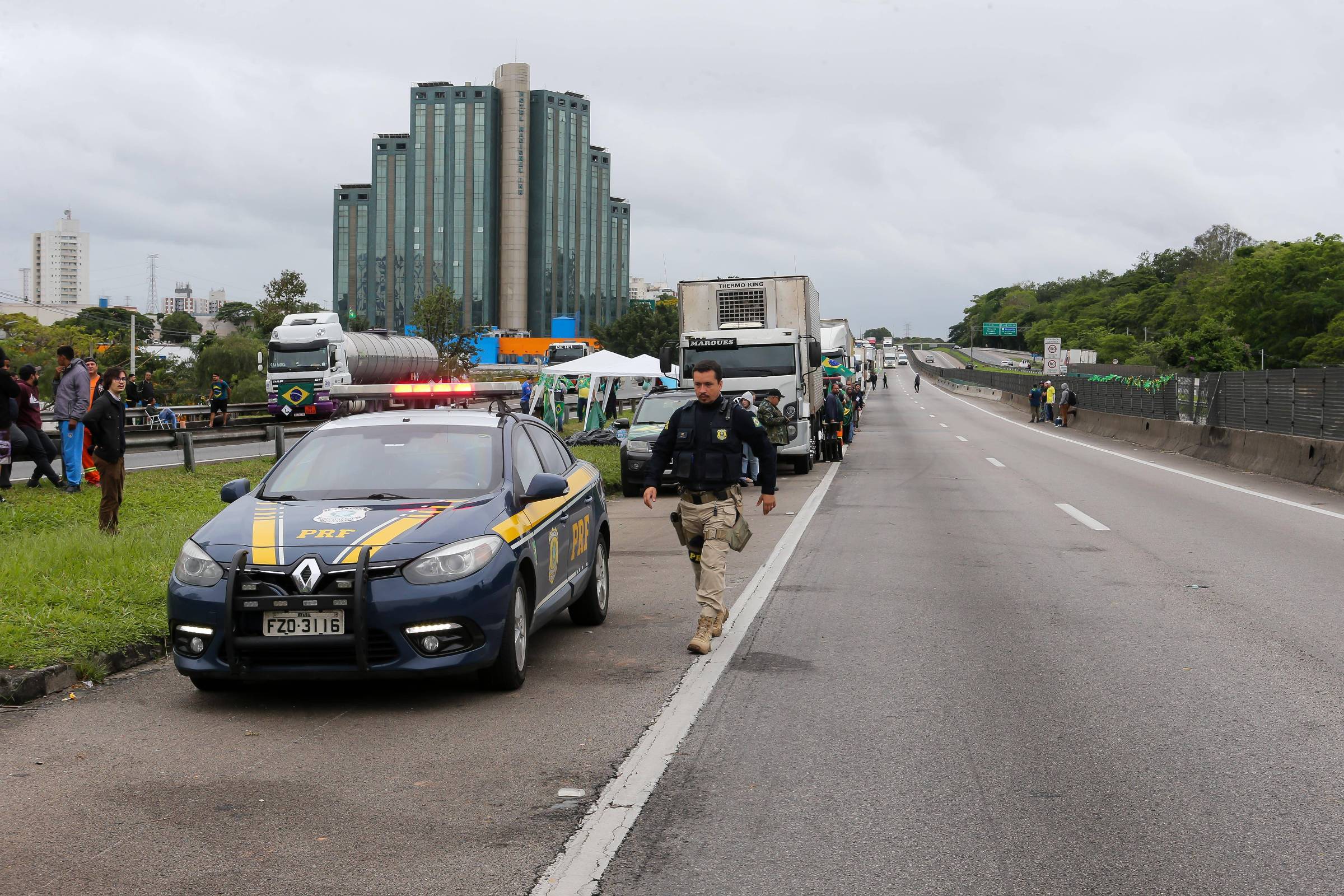 The PRF (Federal Highway Police) has already imposed fines in 1992 on drivers who are blocking highways. The balance sheet shows that the value exceeds R$ 18 million until the afternoon of this Wednesday (2).

Fines range from BRL 5,000 to BRL 17,000. This last value is applied to drivers identified as organizers of the road block.

In addition, the PRF records 150 points of road blocks and interdictions in 17 states on Wednesday morning (2).

Supporters of President Jair Bolsonaro (PL), including truck drivers, started blocking roads across the country in the early hours of Monday (31) in protests of a coup-like nature against the result of the elections, which had Luiz Inácio Lula da Silva (PT) as the winner. in the dispute for the Plateau.

Blockade data is decreasing after Bolsonaro made a statement in which he broke a 45-hour silence after the result of the second round. There were 235 obstruction points before speech and 213 in the following bulletin, released after the speech (the peak, 421, was recorded on Monday night).

The first speech by President Jair Bolsonaro (PL) after being defeated in the elections, however, frustrated those who expected the president to explicitly ask for the demobilization of road blocks, made by supporters who dispute without evidence the results of the polls and call for a coup.

The head of the Planalto said this Tuesday afternoon (1st) that the movement is “the result of indignation and a feeling of injustice at how the electoral process took place” – supporting the coup movement. He then said, however, that the methods of his supporters “cannot be those of the left” nor include curtailing the right to come and go.

Minister Alexandre de Moraes, of the STF (Federal Supreme Court), ordered on Monday (31) that the government immediately adopt “all necessary and sufficient measures” to clear the roads occupied by Bolsonaristas in protest over the results of the elections. Afterwards, the STF formed a majority in favor of the minister’s decision.

Federal prosecutors in the five regions of the country have already instituted proceedings on the situation of truck drivers and point to the commission, in theory, of the crime against the democratic rule of law.

One of the documents to which the Sheet access, states that the motivations for the protests “are explicitly contrary to the democratic rule of law, requiring military intervention out of mere discontent with the outcome of the presidential elections”.

The Minister of Justice and Public Security, Anderson Torres, said that he determined the reinforcement of the PRF (Federal Highway Police) to normalize the flow on the highways. The statement was made on social media on Monday night (31).

The Minister of Justice published this Wednesday morning (2) that he reiterates the request of President Jair Bolsonaro (PL) for the demonstrations not to impede the right to come and go.

“Continued action of @PRFBrasil in dismantling federal highways. From 18:00 on Sunday (30) to 07:00 today (2), 544 unlocks have been made. I reiterate the request of the PR @jairbolsonaro so that the demonstrations do not impede everyone’s right to come and go,” he said.