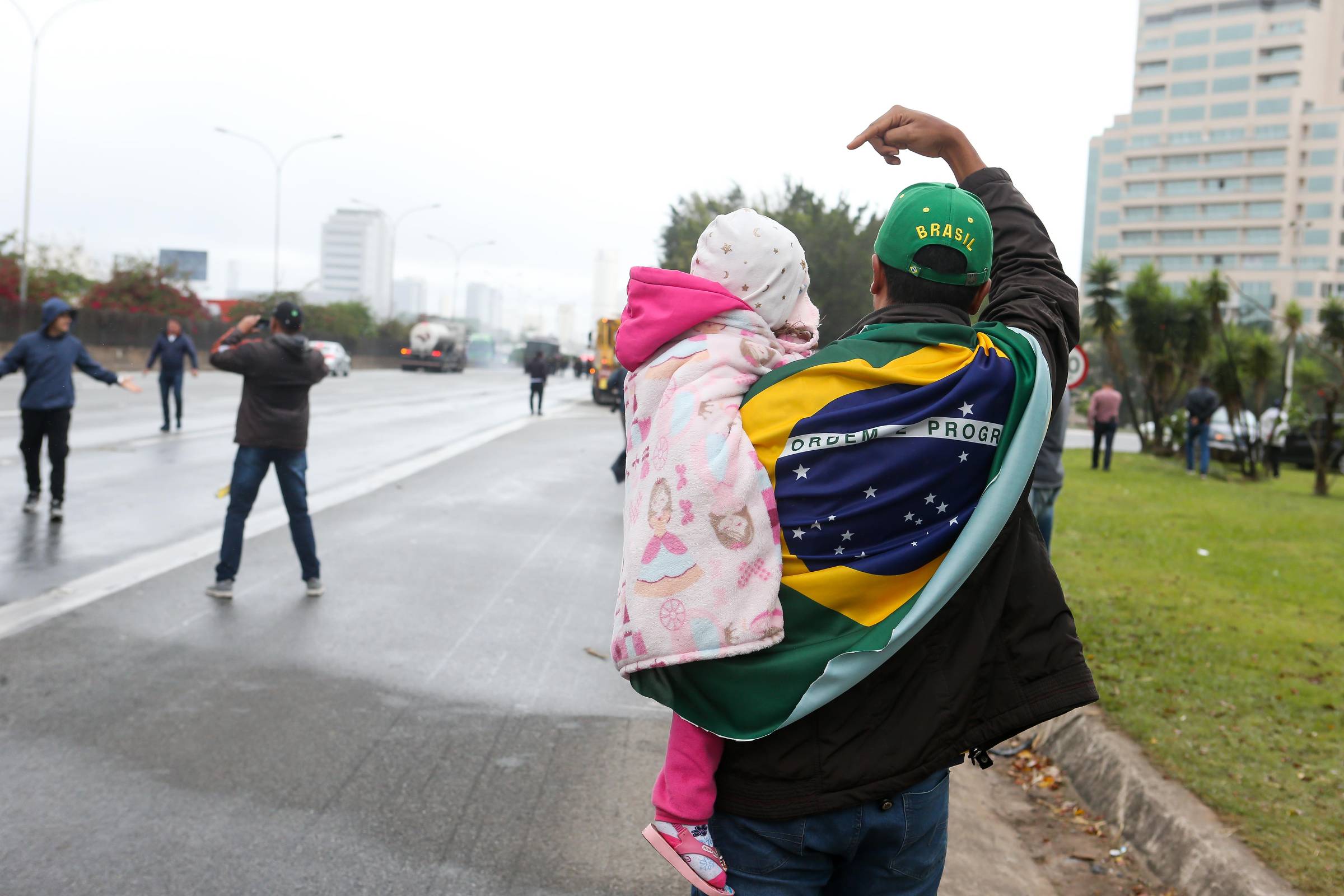 Taking your child to a coup blockade can even cause you to lose your guard, say experts

The coup demonstrations that have blocked roads across the country have children with their parents or guardians. According to specialists in childhood and youth, as well as family law, exposing children to this type of situation, where there is a risk of violence, can lead to the loss of family power, in extreme cases, and even serve as an argument in a custody dispute. .

Former coordinator of the Specialized Center for Children and Youth and assistant director of the Escola da Defensoria Pública de São Paulo, Leila Rocha Sponton says that there is an effective and imminent risk in exposing children during these protests, which also requires the action of the tutelary council and even the Public Prosecutor’s Office.

“It is putting children at risk, deliberately, intentionally, in a situation in which it is known that confrontation is possible and probable. Even more so after a judicial decision in which the STF minister informs that the police forces must act within the necessary to contain. It becomes even clearer”, explains Leila.

The defender cites articles 227 of the Constitution, which points out the duty of everyone to guarantee, among others, that children are deprived of violence, and article 132 of the Penal Code, about endangering the life or health of another person, as legal bases. that can be used against parents or guardians who expose children to coup roadblocks.

According to Leila, parents, family and everyone around them have a duty to protect children. When this does not happen, the State has an obligation to act. The defender explains that the situations in which the guardianship council can take a child from the parents or guardians are very rare, but that this is possible when there is an effective and imminent risk to health, integrity or life, as in the case of anti-democratic demonstrations.

The representative of the Public Defender’s Office says that, apart from directly failing to fulfill the duties of family power, parents or guardians who take these children to the side of the road also fail in other aspects. “It goes beyond a legal issue, with consequences a, b or c. We are seeing a moral degradation there. Because of something abstract, a discontent, you put at risk what is your duty, which is to take care of your own son,” he says.

The public defender questions the example of citizenship that is given to children with this type of coup attitude. “What kind of society are we creating, where people don’t even care about their own children in order to forcefully enforce their will that, democratically, was not won?”

Leila also points out the contradiction in the speech of those who are on the side of the roads. “Many of these people who are doing this now are the same people who, when there is a repossession and families are leaving, say ‘wow, they’re using the children as a shield’. And look, these are people who are leaving a house, they wouldn’t even be able to hide the child”, he explains.

A lawyer specializing in family and succession law and with a master’s degree in law from PUC-SP, Lucas Marshall Santos Amaral states that it is the constitutional duty of the family, the State and society to ensure the guarantee and effectiveness of the fundamental rights of children and adolescents, without exposing them to any kind of negligence.

“Therefore, although the ECA [Estatuto da Criança e do Adolescente] guarantee the participation of those under 18 years of age in political life, as a way of exercising their freedoms, this is not unlimited”, he says. “If any negative exposure to such individuals is verified, such as their lives, health, or other basic rights , the State can intervene”, he explains.

According to Amaral, the police themselves may act if any criminal or civil offense is found. “But, in this case, the Public Ministry is the one who should act directly in the inspection of the rights of children and adolescents, in its role of inspector of the law”, he says.

Taking a child to a roadside coup demonstration can even serve as an argument for the other party in a dispute over custody, for example. “But this is not synonymous with a judicial victory. It will only be an element to be investigated within the whole context of that family’s life, with regard to the attribution of custody”, affirms Amaral.

A member of the National Institute for the Rights of Children and Adolescents and president of the OAB-SP’s committee for adoption and family coexistence of children and adolescents, Ariel de Castro Alves says that committing crimes using children under 18, such as blocking roads, it can configure corruption of minors and even lead to arrest in flagrante delicto.

“Protesters can respond to inquiries or even be arrested in flagrante delicto for this crime, along with the crime of subjecting children to shame and embarrassment”, he says, also citing article 232 of the ECA.

Alves also says that parents or guardians who take children and use them as “human shields” can be held accountable for crimes under the ECA, with the possibility of detention ranging from 6 months to 2 years. “ECA does not allow any exposure of children to risk, neglect, violence, oppression or any violation of rights, such as physical and psychological integrity,” he says.

According to the expert, the Penal Code also provides for punishment for ill-treatment, because on the roads they are exposing the lives and health of children.

“Parents and guardians can respond to lawsuits in childhood and youth courts for failing to comply with family power duties and are exposing their children to risks, which can even generate the suspension of family power. [da responsabilidade legal deles sob os filhos] if they continue to put them at risk,” he says.

If the parents are arrested in the act, the children are under the responsibility of the guardianship council to provide the protection measure, handing it over to the father or mother who is not on the road, or to grandparents or uncles.