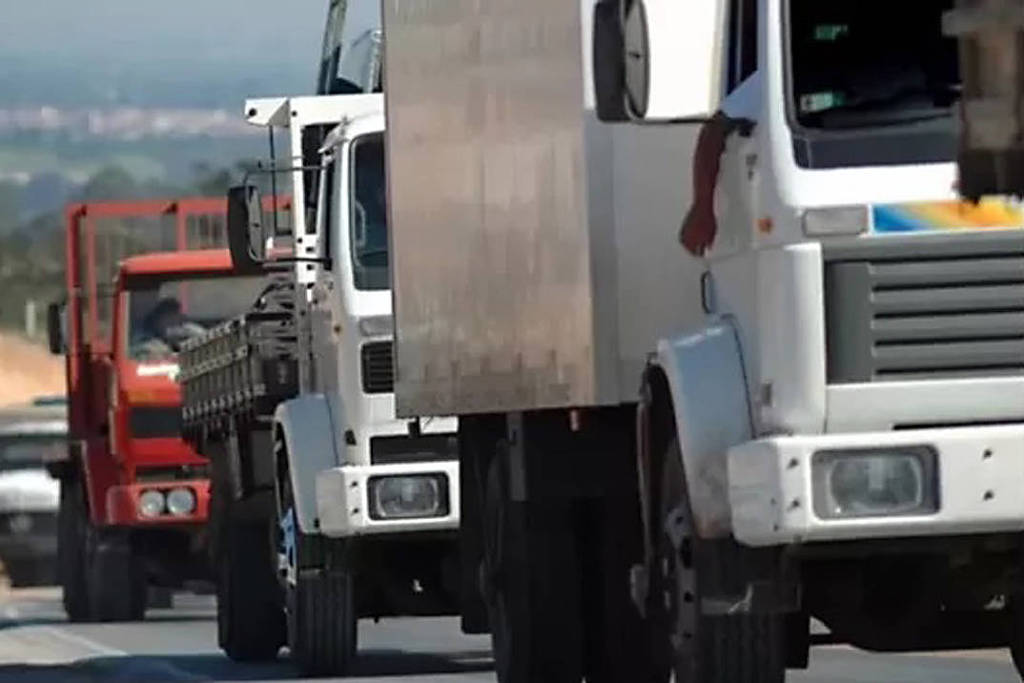 How truck drivers became part of Bolsonaro’s electoral base

Since President Jair Bolsonaro (PL) was defeated at the polls in his re-election bid, his supporters, most of them truck drivers, have closed roads across the country.

Until the morning of this Tuesday (1st), there were more than 300 blocks, on federal and state highways, in 24 states and in the Federal District, despite the determination of the STF (Supreme Federal Court) to unblock the roads.

Although the protests were not just by truck drivers – and not all of them agree with the actions –, the category plays an important role in the movement and, for the most part, supported Bolsonaro’s campaign.

Truck drivers also frequently exert pressure on the government, and since the beginning of Bolsonaro’s term they have received nods from the president as an important electoral base.

According to political scientist Francisco Fonseca, a professor at FGV/Eaesp and PUC-SP, the category has become an important electoral base for the president, mainly because of some of the agendas defended by Bolsonaro – such as facilitating access to firearms and the customs agenda – and after repeated declarations and nods in favor of lowering fuel prices.

“Historically, the agenda that most attracted truck drivers was the corporate one, improving living conditions and roads – after all, they are workers like many others,” Fonseca told BBC News Brasil.

“The movement of part of this group to align with Bolsonarism and the right is something more recent and could disappear once Lula takes power and makes concessions to the category, such as decoupling the prices charged by Petrobras from international oil.”

The analyst points out, however, that truck drivers are not necessarily a homogeneous group that always supports the same ideas.

Even the current demonstrations have divided the category – the CNTTL (National Confederation of Transport and Logistics Workers), one of the entities representing the group, criticized the actions.

For Fonseca, the promotion of various actions that facilitated civilian access to weapons and ammunition and Bolsonaro’s statements on the subject may attract part of the category.

“The speech gives a false impression that truck drivers, who often travel on remote roads and sleep in dangerous places, would be better protected carrying a weapon,” he says.

In addition, according to the political scientist, the environment in which truck drivers work is very male-dominated and, at times, sexist and patriarchal. “The ideas about family, gender and religion defended by Jair Bolsonaro can penetrate more easily in this context.”

The professor at FGV and PUC-SP also states that there is, as a common element of many governments of the neoliberal and extreme right, the promotion of autonomous work as a way of achieving economic freedom and success without the help of the State or labor legislation. . “This idea became popular in Brazil among app drivers and may have also influenced truck drivers,” he says.

Part of the category’s support also comes from the many benefits and concessions made by Planalto over the past four years.

According to Francisco Fonseca, many of the measures approved are superficial and provisional, but they may have attracted the attention of truck drivers.

Below, the BBC News Brasil website listed some of the main actions and benefits granted by the current government that boost the group’s support.

At the end of June, legislation came into force in Brazil that limits ICMS tax rates on items considered essential — such as fuel, natural gas, electricity, communications and public transport.

Sanctioned by President Jair Bolsonaro after lengthy discussions and a lengthy process in Congress, the proposal determines that states limit the collection of the tax, which is statewide, to the minimum rate of each state, which varies between 17% and 18%.

At the same time, the government also zeroed the rates of the Contribution to PIS/Pasep (Programs for Social Integration and Formation of Public Servant Assets) and the Contribution to the Financing of Social Security (Cofins) — two federal taxes — for fuels.

The changes had a direct impact on fuel prices at stations and pleased many truck drivers who depend on diesel to work.

Since April 2021, Petrobras has had four different presidents. The changes represent a nod from President Jair Bolsonaro to the population – and truck drivers – that he is looking for a solution to the rise in fuel prices.

In March 2021, when the first change of command took place by the government of Jair Bolsonaro, the Minister of Economy, Paulo Guedes, admitted that it was a “political satisfaction” from the president to truck drivers.

Economist Roberto Castello Branco was removed from office in the face of threats of a strike by the category due to the increase in fuel prices at the time. Shortly before his dismissal, Castello Branco went so far as to say that the truck drivers’ dissatisfaction with the issue was not a “Petrobras problem”.

“For the truck driver public, who are typical voters, faithful to President Bolsonaro, the president gave satisfaction: I took the guy who said he doesn’t care about you”, Guedes said at the time, in an interview with the program Pingos Nos Is, on Jovem Pan .

Castello Branco’s replacement, retired general Joaquim Silva e Luna, remained in office until April 2022, when the state-owned company began to raise diesel and gasoline prices again as a result of the rise in the price of a barrel of oil on the international market. with the war in Ukraine.

Silva e Luna, was criticized by Bolsonaro for his conduct and replaced by businessman José Mauro Ferreira Coelho. However, just over two months after taking over, he announced his resignation.

At the end of June, executive Caio Mario Paes de Andrade was appointed by the government.

The so-called Auxílio Caminhoneiro, which is part of the pre-election social package created by the so-called PEC Kamikaze, is also seen as a nod that may have led the category to support Jair Bolsonaro during and after the elections.

The Proposed Amendment to the Constitution was promulgated by Congress on July 14 and its total cost reaches R$ 41.2 billion – in addition to aid for truck drivers, the package also increased the value of Auxílio Brasil and expanded the gas voucher , among other points.

The Auxílio Caminhoneiro, in particular, provides for the payment of R$ 1 thousand monthly, between July and December of this year.

Self-employed cargo carriers with the registration status “Active” in the National Registry of Road Cargo Carriers (RNTR-C) are entitled to the benefit and who have a valid National Driver’s License (CNH) and CPF.

4. Changes in the freight table

In May, the Bolsonaro government also issued a provisional measure to reduce the percentage of variation in the price of diesel oil that serves as a trigger for reviewing the values ​​of the freight table for road freight transport.

With the measure, which has been in effect since it was edited, but was only approved by the Senate at the end of August, the freight table began to be revised every time there is a 5% variation in the price of diesel.

Before, the readjustment occurred only when there was a 10% increase, or every six months.

The MP amended the National Policy on Minimum Floors for Road Cargo Transport, created in August 2018 due to the truck drivers’ strike.

On the occasion, the category made a stoppage across the country demanding, among other points, the creation of a table with minimum freight prices. The minimum value takes into account, among other items, expenses per kilometer traveled and cargo characteristics.

When justifying the measure, the government argued that the old methodology proved to be “insufficient” to overcome the rise in the price of diesel.

The government also invested in lines of credit intended exclusively for truck drivers.

In February this year, Caixa launched Giro Caixa Transportes. The loan mechanism will allow self-employed truckers to borrow money up to 120 days in advance to cover freight transport costs.

President Jair Bolsonaro participated in the launch ceremonies for both lines of credit.

In February of this year, Bolsonaro even promised in a video posted on his social networks that he would try to intervene so that gas stations are forced to shelter truck drivers free of charge on the roads.

The video was recorded after a trip by Bolsonaro to the Federal District. On the way, he talked to truck drivers and heard several criticisms.

Some representatives of the category complained that gas stations were allowing the truck to stay overnight on site only upon refueling or payment of a fee.

“I talked to a truck driver here and he complained that there are places in Brazil that, to sleep at night at the gas station, only get gas or pay around R$25,” Bolsonaro says in the video. The president even called the Minister of Justice, Anderson Torres, to ask him to fine the posts involved.

About three days later, the Ministry of Justice and Public Security, through Senacon (National Consumer Secretariat), notified representatives of fuel resellers about the alleged charge.

According to Senacon, the stations can implement rest and rest places for truck drivers, but they cannot condition the provision of the service to the supply of fuel. The charge for the overnight stay is allowed.

The president’s position, however, irritated entities representing the stations, which claimed that they are the owners of the stations that invest in infrastructure to guarantee parking areas, bathrooms, cafeterias and safety for truck drivers.

This text was published in here.

Facebook
Twitter
Pinterest
WhatsApp
Previous article
The US will try to expel Iran from the UN Commission on the Status of Women
Next article
Temperature in Europe has risen more than twice the world average, says UN