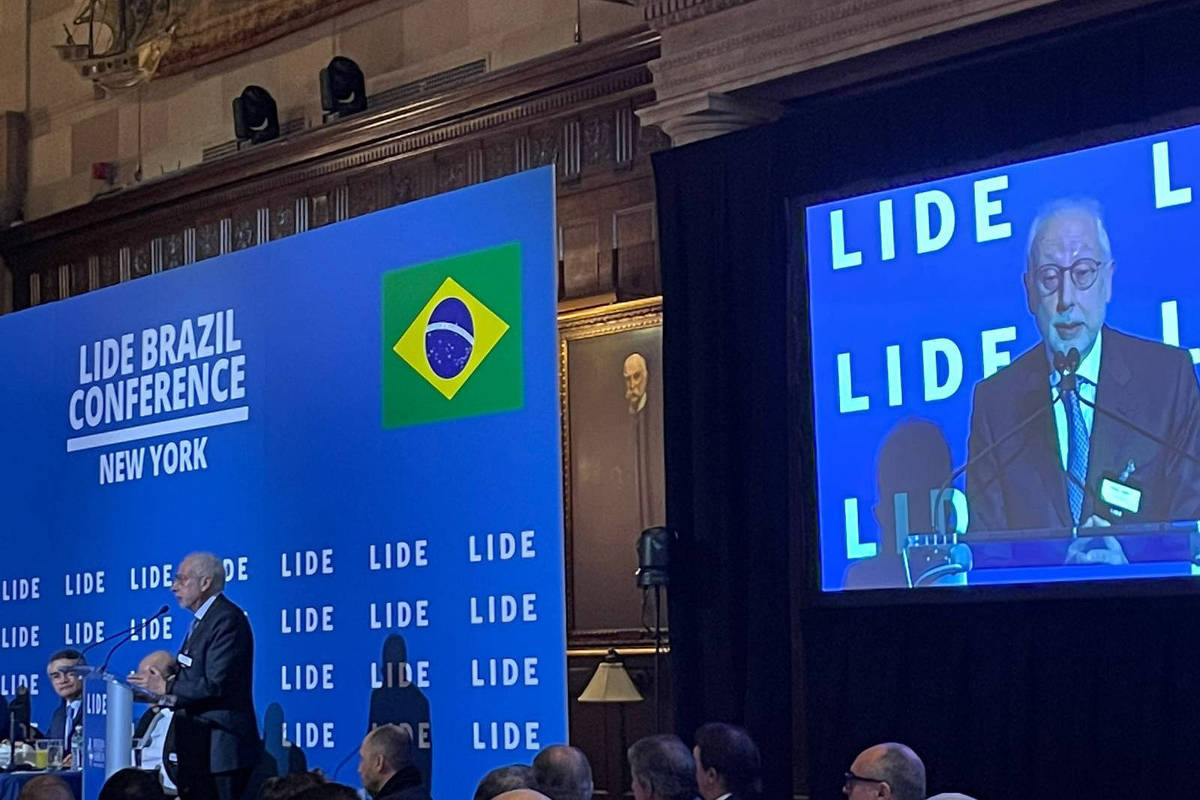 Economist Persio Arida, one of the fathers of the Real Plan and a member of Luiz Inácio Lula da Silva’s (PT) transition team, said this Tuesday (15th) that “fiscal and social responsibilities go together, they are not opposites.”

Persio was answering questions after a lecture during a conference held in New York by Lide, a business group founded by former São Paulo governor João Doria.

He was asked about the debate started by Lula in the speech in which he opposed the idea of ​​social priority to fiscal responsibility, which generated an uproar in the financial market. “Social policies without fiscal responsibility generate an economic crisis that ends up making them unfeasible. We have opposite examples as well,” he said.

“If you advance on one front and not the other, sooner or later you won’t be able to make any progress,” he said, limiting his response by confidentiality concerns imposed on members of the transition team. “We should aim for greater growth, but social inclusion depends on education. In the short term, however, we have to serve this marginalized mass, which is starving,” she said.

He sees an adverse scenario for the coming year, with American growth falling and Chinese difficulties. Persio, tipped for the Ministry of Finance or another post in the economy under Lula, made a three-point case for reform.

“First, openness and integration to the world. Brazil has a closed economy. Take the case of Chile, the advantage of growing with an open economy. We have to sign the Mercosur-European Union agreement, enter the OECD (Organization for Cooperation and Development Economic), to integrate as much as possible into the world economy,” he said.

He also defended the reform of the State, including the administrative one, with unification of careers and incentive bonuses for public servants with good performance. “It is necessary to review spending. We see layers and layers of spending that have lost their meaning,” he said.

Finally, he returned to defend the tax reform, predicting that it will be possible to “advance in the two PECs of the VAT”, the proposals of unification of federal and state taxes. “It’s doable to get that in six or eight months,” he said.

Former finance minister Henrique Meirelles, who was president of the Central Bank during the eight years of Lula’s government, said that it is possible to “grow more and better” with fiscal responsibility, but taking into account reality.

“It is unrealistic to think that the new government will tell the family that it earns R$ 600 in aid to receive less. There we have a budget problem, a complicated negotiation”, said Meirelles. He advocated the “waiver”, exceptional spending above the ceiling. “The license to spend must have a limit,” he said, stating that one way is to cut tax benefits.

He made fun of the expense at the Planning and Logistics Company, created under Dilma Rousseff (PT) to implement the bullet train — which never materialized. Also at the debate table, Dilma’s former finance minister Joaquim Levy, now at Banco Safra, smiled weakly.

In a relaxed tone, Meirelles denied having told investors that “Lula dilmou”, when commenting on the issue of PT’s speech.

“The greatest social policy is not to call a benefit an emergency aid or Bolsa Família. A sustainable social policy is the resumption of economic growth, with the generation of employment and income. There is no social policy that can be sustained without growing at high levels and for prolonged periods. The banking sector is convinced that Brazil should and can grow at more promising rates”, said Isaac Sidney, president of Febraban (Brazilian Federation of Banks).

“Brazil invests around 15% of its GDP, much less than most emerging countries and far from what we need to grow. And why are we still investing little? It’s in the model. Public investment has run out, collapsed. We have to recognize that the new investment model to be incessantly pursued must seek the leadership and protagonism of private capital”, he said.

Sidney also defended fiscal responsibility, in addition to indirectly criticizing the political turmoil of the government of Jair Bolsonaro (PL). “The country needs to regain stability,” he said, praising the BC’s work on the trajectory of inflation.

“We trust our institutions, which have not weakened. Much less should we spend our energy on useless discussions, shallow polemics and biased debates. Brazil needs a great conjunction of forces, a pact, debates of ideas, not rhetoric, attacks and bravado.”

Businessman Rubens Ometto, from the Cosan group, said he expected predictability from the Lula government. “We want the names of the economy to be announced soon,” he said. “It is important for the government not to resort to simple solutions. What happened to fuel prices? [no governo Dilma] almost destroyed the ethanol market,” he said, defending his core business — renewable energy.

“Brazil can generate more carbon credits in the world and reach zero emission targets in 2050. The international market still does not pay for carbon sequestration [da floresta amazônica] in Brazil as it pays in Europe,” he said.

Journalist Igor Gielow travels at the invitation of Lide