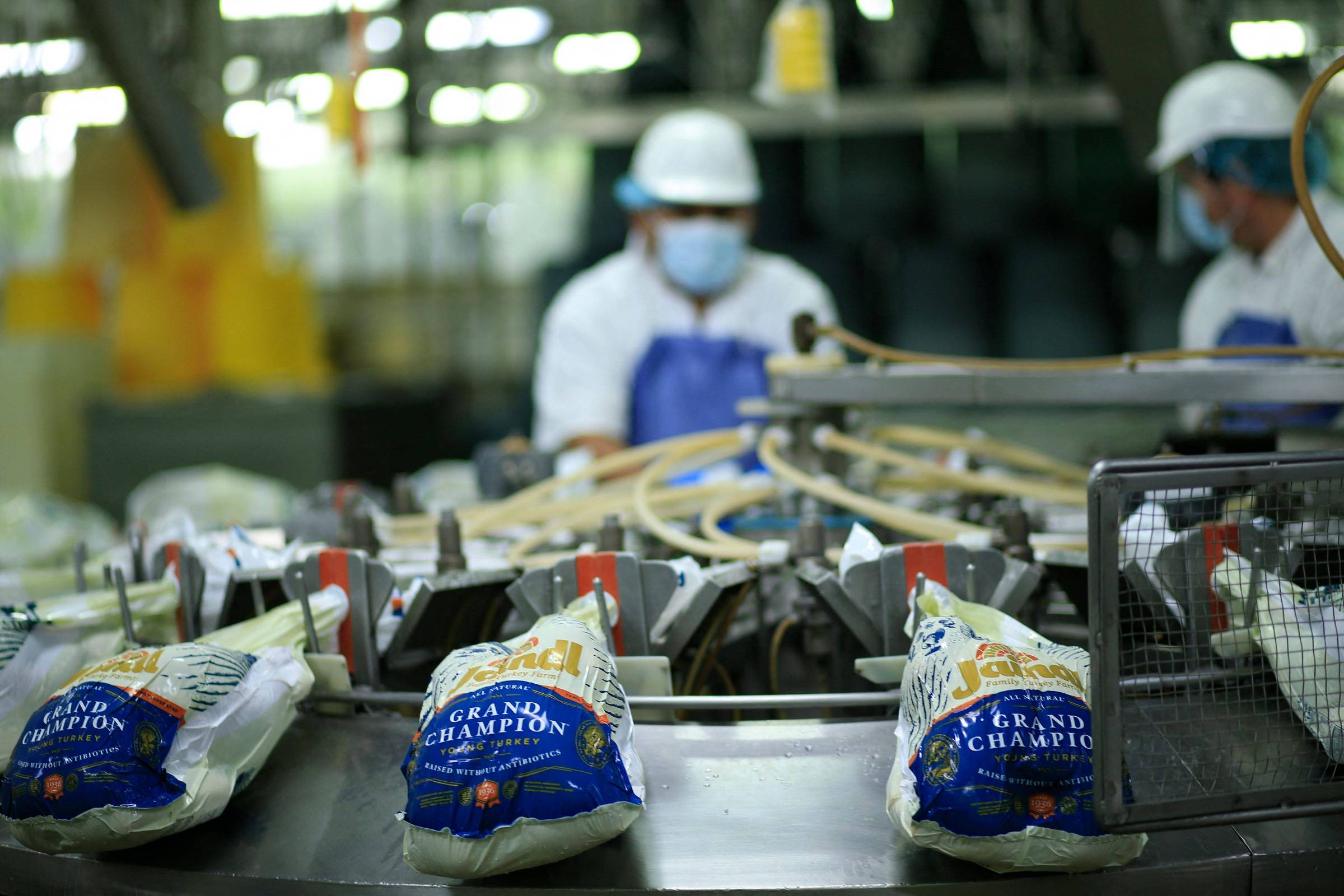 Sandra White usually has a turkey for Thanksgiving dinner, but the galloping inflation in the United States forces her this time to opt for fried chicken to set the table at this traditional family feast in the country.

History repeats itself with Yeisha Swan, but she was lucky as one of her relatives bought the turkey. She needed to cut spending on garnishes, which, for many, are as important as the main dish.

“This is much less than I would buy. I couldn’t buy ham […] I’m taking canned kale. It’s not the same thing,” Swan (42) explained to AFP as he left a supermarket in New York.

This year, inflation in the United States has been hitting record highs, reaching a level not seen in decades. In October, the consumer price index in the last 12 months had a slight decrease in relation to September, 7.7% against 8.2%.

And while price increases have moderated in recent months, consumers say they are struggling to pay for groceries, a serious blow to the holiday season.

The problem was compounded by an outbreak of avian flu that forced the culling of about 50 million poultry, including 8 million turkeys, according to estimates based on data from the Department of Agriculture.

This year, turkey is 21% more expensive than last year, according to the US Agricultural Services Agency (FSA).

An FSA survey showed that the mixture prepared to stuff the turkey is 69% more expensive compared to last year.

The only “must have” ingredient that has dropped in price are blueberries.

On average, a dinner for 10 people, including turkey, stuffing, peas, sweet potatoes, blueberries, carrots, breads and pumpkin pie, costs $64.05, up 20% from 2021, the agency said.

“I actually had to buy less. We used to have a Thanksgiving party, but we couldn’t this time,” said chef José Rodríguez (58), who, instead of having dinner at home and having all his family, he will only have dinner with his wife and two dogs.

However, even though turkey prices have soared, demand has not completely collapsed.

The Wendel poultry farm, near the city of Buffalo, located in the state of New York, and which came out of the avian flu crisis unscathed, sold the 1,100 turkeys it had for Thanksgiving. Customers can now place orders for Christmas.

To compensate for the rising cost of raw materials, the Wendel farm raised prices by 22%, explained the manager, Cami Wendel.

The supermarket chain Walmart, in turn, went in the opposite direction: its Thanksgiving basket, including the turkey, costs the same as last year.