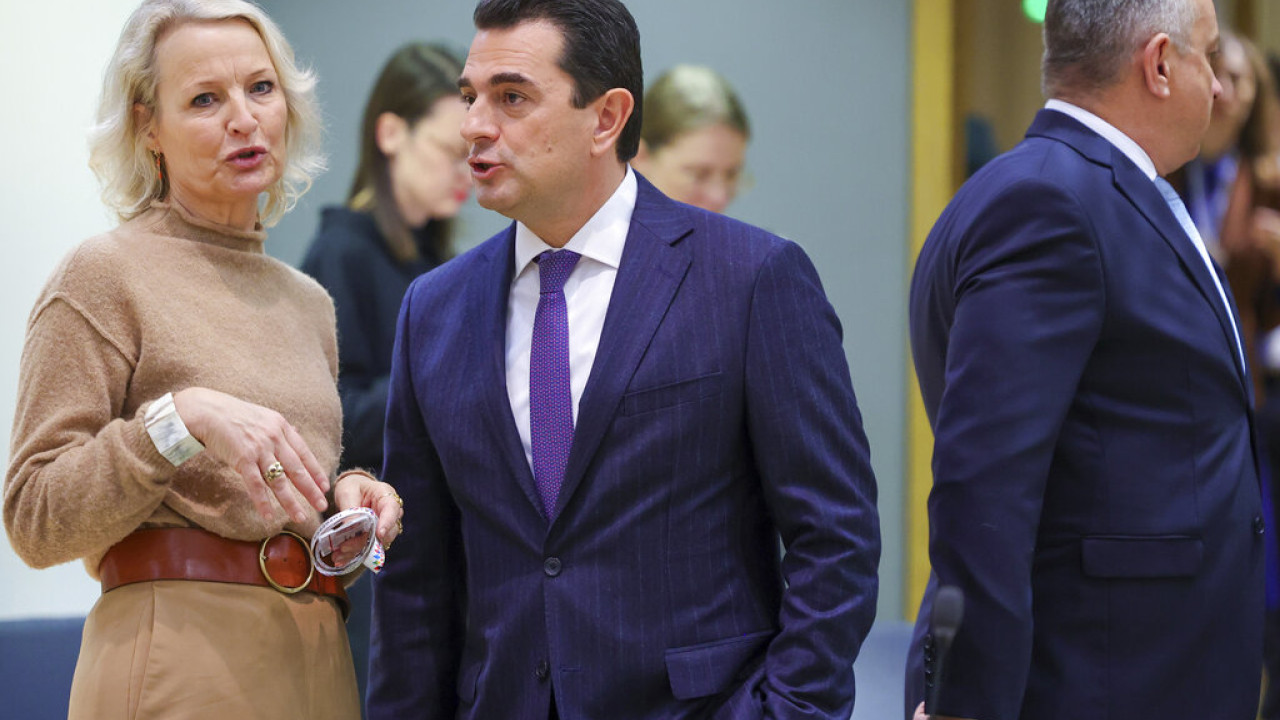 Skrekas after the extraordinary council in Brussels: “There is no time, a solution immediately with a realistic ceiling”

At the initiative of Greece, the common front of the 15 member states intervenes. On the procedure for triggering the mechanism, he proposed that the cap be imposed automatically but removed by political decision

The Minister of Environment and Energy, Kostas Skrekas, participated in the Council of Energy Ministers of the European Union, held today, Thursday, November 24, in Brussels.

At the center of the discussions was Greece’s proposal, as clearly formulated by the Prime Minister, Kyriakos Mitsotakis, since last March, for the need to impose a ceiling on natural gas prices.

During the Council were discussed:

– The proposal for the establishment of a price correction mechanism, with the aim of dealing with high energy prices.

– The proposal to establish a framework to accelerate the development of Renewable Energy Sources in Europe.

– The proposal to strengthen solidarity through better coordination of natural gas markets.

Before the start of the Council, Greece convened a coordination meeting of the 15 Energy Ministers, who have long supported the imposition of a ceiling on the price of natural gas.

During the meeting, it was agreed to request the simultaneous adoption of all three Regulations at the new Extraordinary Council of Ministers of Energy, on December 13.

Mr. Skrekas, during his presentation to the Council, stated that he was satisfied with the fact that the European Commission submitted a proposal for a price correction mechanism, however, he expressed his disagreement about the effectiveness of the conditions for its activation:

“The ceiling at 275 euros/MWh is not really an upper limit. We need a realistic mechanism that is implemented in practice. With a cap of between 150 and 200 euros/MWh, Europe can secure the natural gas it needs and cause significant reductions in demand.”

As the Minister of Environment and Energy noted, if the proposed mechanism had come into force during last August, when natural gas prices reached historic highs, it would not have been activated and the price rally would not have been limited. And this is because the price of natural gas may have exceeded 275 euros/MWh, but not for two consecutive weeks, as proposed by the European Commission. The same would have happened even if the price limit had been set at 250 euros/MWh.

In addition, Mr. Skrekas underlined the need to apply the mechanism when the market is operating in calm conditions and not during extraordinary periods, when prices have exceeded the ceiling for many days: “If we wait this long to impose a price reduction, it is not easy to limit the price to the level of the ceiling. This will be destabilizing.” Regarding the procedure for activating the mechanism, Mr. Skrekas proposed that the cap be imposed automatically but abolished by a political decision.

In closing, the Minister of Environment and Energy emphasized that the proposal can be improved and become an effective mechanism, which the markets will take seriously.

Finally, Mr. Skrekas, in his position on the licensing regulations of Renewable Energy Sources and solidarity, stated that they are moving in a positive direction. However, he argued that both of these mechanisms are inextricably linked to the market correction mechanism and should be approved at the same time at the next Emergency Council of Energy Ministers of the EU.