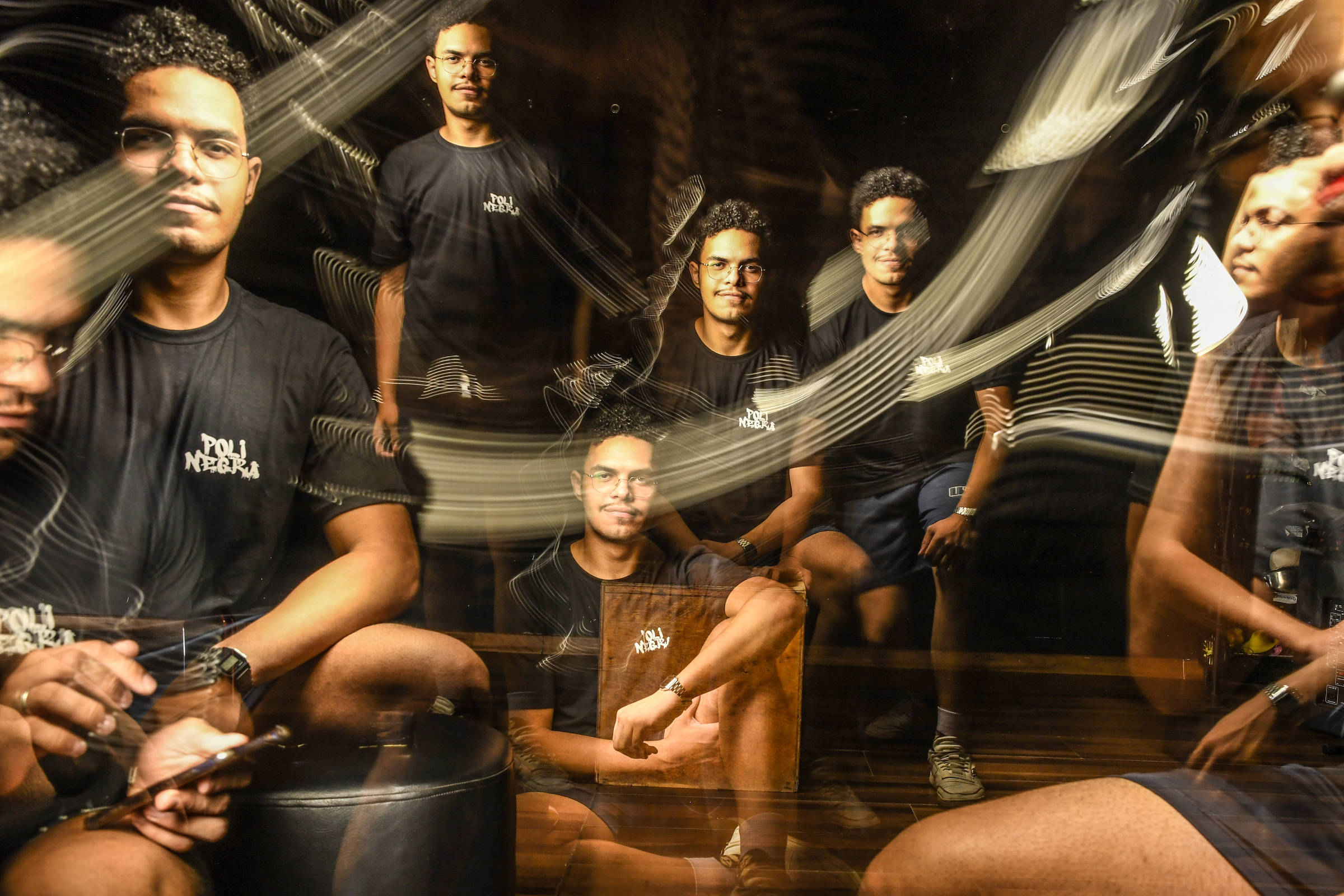 Now 20 years old, Murilo Noronha started thinking about studying engineering at 15, after participating in a career fair at the public school where he studied. It seemed like a distant dream, until joining USP in 2021.

“I’ve studied in a public school my whole life and now I’m getting to know the reality of those who try to adapt to a college that still has a very elitist structure. There are other black people in my class, but there are classes where I still look around and I’m the only one black person,” he says.

He, who has just been elected to join the Polytechnic School, considers that, more than democratizing admission, it is now necessary to think about ways to keep students at university.

Noronha is part of the Coletivo Poli Negra —a group created in 2016 that aims to discuss racial agendas, promote acceptance for black students and fight for student retention.

“I see that the trend is to increase diversity in engineering in the coming years. I don’t imagine that I will find a diverse environment right after I graduate, but the tendency is to find more and more opportunities.”

Stories like Murilo’s should become more and more common. The number of black and brown students who started to study engineering in Brazil has jumped in the last decade, increasing more than four times between 2010 and 2021.

The result comes from data from the Higher Education Census compiled by Insper’s Racial Studies Nucleus, by researcher Gerrio Barbosa.

The data indicate that there were 25.2 thousand black students in courses in the area in 2010; in 2021, there were already 109.8 thousand. Despite the increase, they are still at a disadvantage in relation to new engineering students who declared themselves white: there were 50,800 and increased to 148,000 in the period.

In just over a decade, the number of black students enrolled in the area, one of the busiest public universities, jumped from 65,500 to 349,500, increasing more rapidly, especially from 2015 onwards. of young black people who completed the course increased from 5,000 to 46,400.

“We realize that the composition of black people in engineering has improved over time, but it is not the same as in other courses, it needs to generate more black manpower in engineering or medicine”, points out Insper researcher and Folha columnist Michael França. “Companies insist that there is a lack of skilled black labor, but it is an excuse.”

He adds that universities need to invest in policies to keep black students studying and that, despite the increase in young people enrolled in institutions, there is still a silent mechanism of exclusion based on income.

His assessment is that the entrance exam is still a socioeconomic and racial filter and quotas are a way to make this dispute fairer, but the university routine cannot remain an exclusion mechanism.

“When we trace the trend of blacks in higher education, we cannot ignore the fact that scholarships and research have been frozen and many are no longer able to support themselves in major universities in the country.”

UNIVERSITY AND LABOR MARKET STILL NEED TO BE INCLUSIVE

Even with the percentage of graduates 33% lower than that of whites, the number of blacks who obtained an engineering degree increased nine times in the period, while the number of students who did not declare race or color in the Census fell by more than 60%, with consolidation of the quota system in public universities.

Like other leading institutions in the country, USP implemented a system of racial quotas and quotas for students coming from public schools. The Quota Law completed ten years in 2022 and has been in operation for four at the São Paulo university.

Approved at Poli before the quota system, Larissa Rodrigues, 25, graduated at the end of the year in civil engineering and saw firsthand the changes in university courses.”I had decided to be an engineer at age 11, my grandfather was a mason and my Mathematics teacher at public school. There was no pressure from the family, but they always encouraged me a lot.”

She remembers that the university environment was much more oppressive before the quotas and that the feeling of being black at Poli was one of loneliness. “The main demand now is that the university rethink the academic structure. It is also necessary to think about the mental health of these black students. The pressure is great for everyone, but we feel pressured to be a story of constant overcoming”, she says.

Rodrigues, who got her first internship after being seen by her future boss in a report by Sheet, even as a freshman, dedicated her final work to investigating the new profile of college students. “The university tends to be more open, an affirmative policy takes decades to take effect and the opening of USP was urgent.”

As the sector was one of the hardest hit by the 2015 and 2016 recession, this increase has not been constant over the last decade. With the pandemic, the number of new students in the area has dropped since 2020 and has not yet returned to the pre-health crisis level, both for blacks and whites and for yellow and indigenous people.

There is still a myth that exact sciences courses are for the elite and students who come from less favored realities need to opt for other areas, but that is changing, says the director of Professional Relations at Crea-SP, Pedro Alves de Souza Júnior .

“It is necessary to recognize the role played by governments that started with Fies [programa de financiamento estudantil] and quotas, so that these benefits do not have to be eternal. We have already proved that we have the capacity to occupy the universities, the first step towards walking the hundred kilometers has already been taken”, he says.

He also believes that engineering companies need to provide more opportunities for black professionals to show their worth. “I started as a hydrometer reader and ended up as a director, being black. We have to believe in our potential.”

Last week, a report by the Sheet pointed out that the balance in higher education between blacks and whites has improved in recent years. According to Ifer (Folha de Equilíbrio Racial Index), the period from 2012 to 2018 saw the most significant progress in reducing inequality, at 2.8% per year. Since 2018, however, the reduction has occurred at an annual pace of 1.6%.

For Adriana Quintas, responsible for Diversity and Inclusion at GM South America, having a diverse team of engineers means having greater potential to develop innovative products for customers and for the automotive industry as a whole. In the end, she says, both society and companies benefit.

“GM is the first in the automotive industry to offer an exclusive traineeship for black people, Track, which received more than 5,000 entries in its first edition and selected 16 newly graduated professionals, 44% of whom are women. We want to work on inclusion, considering also the intersectionality [o encontro de marcadores sociais na produção de desigualdade]🇧🇷