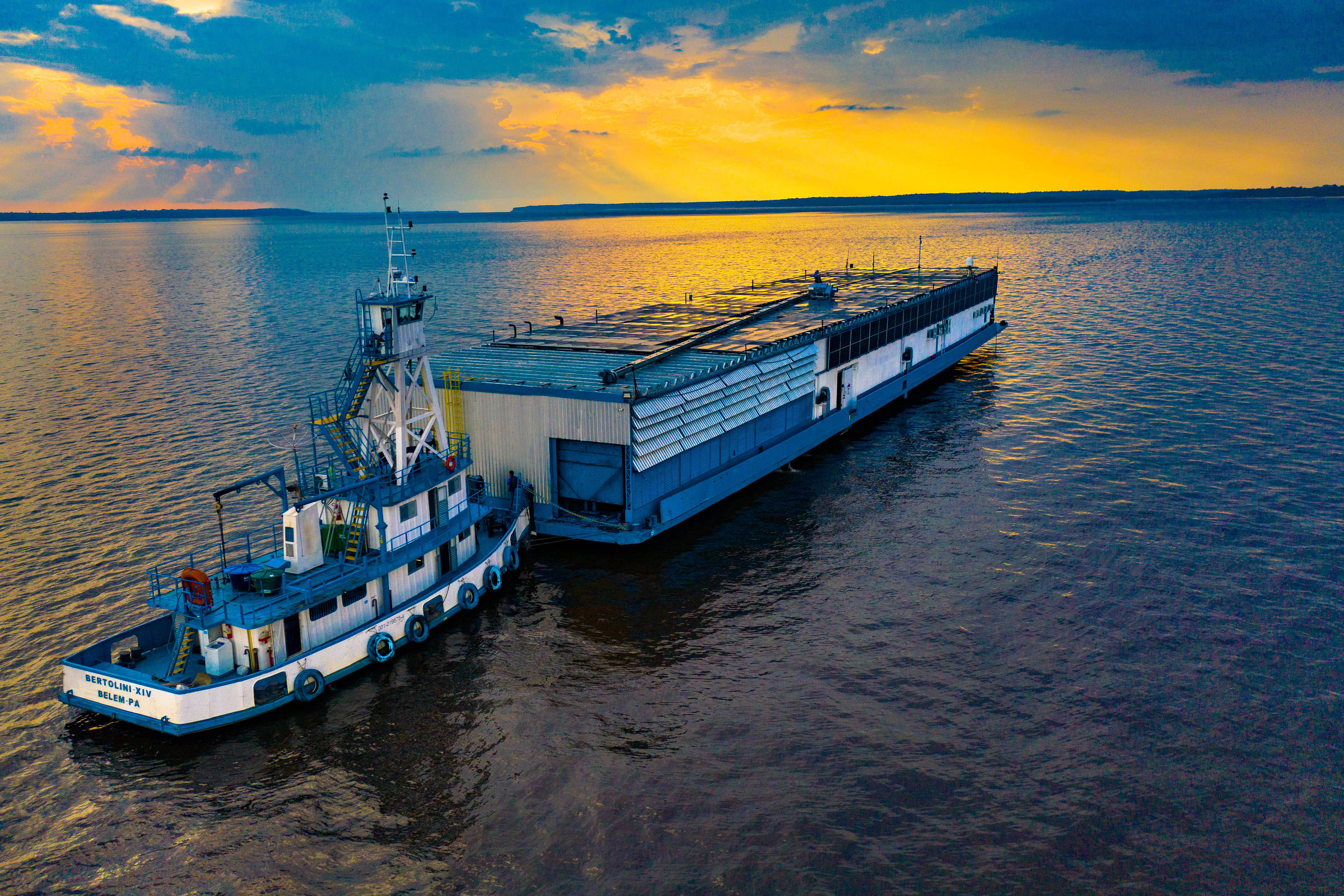 At the beginning of next year, 26 workers are going to embark on an açaí factory ferry heading to the interior of the Amazon. The R$ 30 million investment is one of the initiatives that seek to fill a gap: exploring local potential and taking the Manaus Free Trade Zone incentives to other parts of the region.

In a journey of up to two and a half months, Bertolini Amazon Treasure expects to hire another 20 temporary workers at each stop. In one year of operation, it must disburse R$ 9 million in the purchase of fruits harvested by communities far from the great industrial center created more than 50 years ago.

The project only became possible because it was financed by a large logistics company in the region.

Radiate Free Zone incentives to other parts of the Amazon, explore regional potential and internationalize local industry. These are some of the objectives outlined in the document that extended the region’s tax benefits until 2073.

Also in early 2023, Moto Honda, a company that has been in the region for 46 years, will complete a new investment cycle of BRL 500 million for the modernization and expansion of the plant that produces more than 5,000 motorcycles per day.

There are 7,000 employees and several robots that transform steel sheets and produce virtually all vehicle parts that leave the factory, which also includes plastic items and upholstery.

For the açaí factory heading inland, the rivers of the Amazon are the only way to get to the raw material. For the Japanese automaker, sailing on ferries to the west is the only way to sell the production of almost 1 million motorcycles per year.

Created by a decree in 1967, during the Castello Branco government, the Zona Franca emerged as an area of ​​free trade and special tax incentives, with the aim of creating an industrial, commercial and agricultural center in the interior of the Amazon region.

After more than half a century and billions in annual tax breaks, Manaus remains an island in the middle of the forest, with 2.2 million inhabitants. In order for the production of motorcycles, televisions, cell phones —three products that account for 40% of the complex’s revenue— and other goods to reach the consumer markets, it is necessary to have aircraft and, mainly, ferries that sail to Belém (PA), where it is possible to access ports and highways.

The region now has federal tax incentives of R$ 25 billion/year related to import and export taxes, IPI (production) and PIS/Cofins, in addition to the state ICMS benefit. It is these resources that try to compensate for geographic and economic isolation and attract cutting-edge companies and research centers.

There are companies like Samsung, LG, BMW Motos, Yamaha, Midea Carrier and Whirlpool.

The region is also home to the only Coca-Cola beverage concentrate factory in Brazil and 15 companies that form the second largest manufacturer of air conditioning equipment in the world, behind China.

Most of the companies in the region work with the transformation of inputs, coming from abroad or from other parts of the country, into high technology products. The IT, electronics and two-wheel goods sectors represent 62% of the billing of the Manaus Industrial Pole, which grew 32% in 2021, after advancing 15% in the first year of the pandemic.

For those in the region, the Free Trade Zone represents a model of successful economic development, which has contributed to ensuring the integrality of the national territory and the conservation of the forest —despite the costs and logistical difficulties. There are numerous studies on the subject, capable of confirming or contesting the thesis.

A study coordinated by FGV researcher Márcio Holland, with support from the local industry, shows that, for a tax benefit of R$ 250,000/year per worker, a salary of R$ 56,000/year is generated. When indirect jobs are also considered and the pole’s collection is discounted, the cost drops to BRL 24,000/year per worker. In this case, the federal government contributes to cover 42% of the payroll.

The study also estimates that investments in the center contributed to the preservation of the environment in the region, albeit in a very modest way. For every 1% increase in the population engaged in industrial activity, there is a 0.006% contraction in deforestation in the state of Amazonas.

For businessman Luiz Augusto Rocha, who has been in the region for almost 30 years and currently chairs the Superior Council of Cieam (Industry Center of the State of Amazonas), ending the Free Zone would cause the destruction of the regional economy, would lead to the exit of companies to other countries and would encourage the exploitation of illegal activities. “Companies are not going to leave here for São Paulo. They will go to other countries”, says the executive.

Superintendent of Suframa, an autarchy of the Ministry of Economy that manages the Free Zone, Algacir Posin says that decades ago the region ceased to be a tax haven where people traveled to buy VCRs and other electronic items.

Since the 1990s, companies have had to comply with mandatory manufacturing steps to gain access to tax benefits, a system known as the Basic Productive Process. It is he who guarantees, for example, the degree of processes and national content of a product.

Posin says it is impossible to replace the high-tech center with an industry focused only on forest products or to make the Amazon survive on green credit. For him, the three things are complementary. Hence the agency’s search for alternatives for the region.

Among these initiatives, some projects of the CBA (Centro de Biotecnologia da Amazônia), linked to Suframa, stand out. Installed in a complex of 12 thousand square meters of laboratories, the institution has already developed projects such as a kombucha produced from the Amazonian biodiversity, packages with local fibers that increase the conservation time of products or replace plastic and phytotherapeutic membranes with anti-aging properties. inflammatory and healing.

CBA’s general coordinator, Fábio Calderaro says that the institution is currently looking for “anchor companies” in strategic sectors, such as food, cosmetics, personal care and biofuels, which can generate demand for an industry based on taking advantage of the region’s biodiversity . “The companies that are currently in the pole, for the most part, do not generate demand for the interior of the state”, says the researcher.

Jobs in these big industries

Billing of the industrial pole of Manaus in 2021

Source: Suframa. *Benefits have been extended to an area that includes the states of Amazonas, Acre, Rondônia and Roraima, and the cities of Macapá and Santana (Amapá)

Another constant concern for companies in the region is legal uncertainty, says Luiz Augusto Rocha, from Cieam.

In 2022, the Free Zone gained prominence because of the dispute involving the Ministry of Economy’s decision to reduce the IPI tax on several products. Although the region’s tax benefits are guaranteed by the Constitution, these incentives lose effectiveness every time the government reduces taxes in the rest of the country.

The expectation of the local industry is for more harmony with the next government, but it points out that a tax reform that ends with the IPI or a more accelerated trade opening could put the industrial park at risk.

HISTORY OF THE MANAUS FREE ZONE

Facebook
Twitter
Pinterest
WhatsApp
Previous article
Major General Zelensky: Russia ‘will pay’ for famine imposed on Ukraine by Stalin in 1930s
Next article
With a mix of traditional and modern, Saudi Arabia fans steal the show