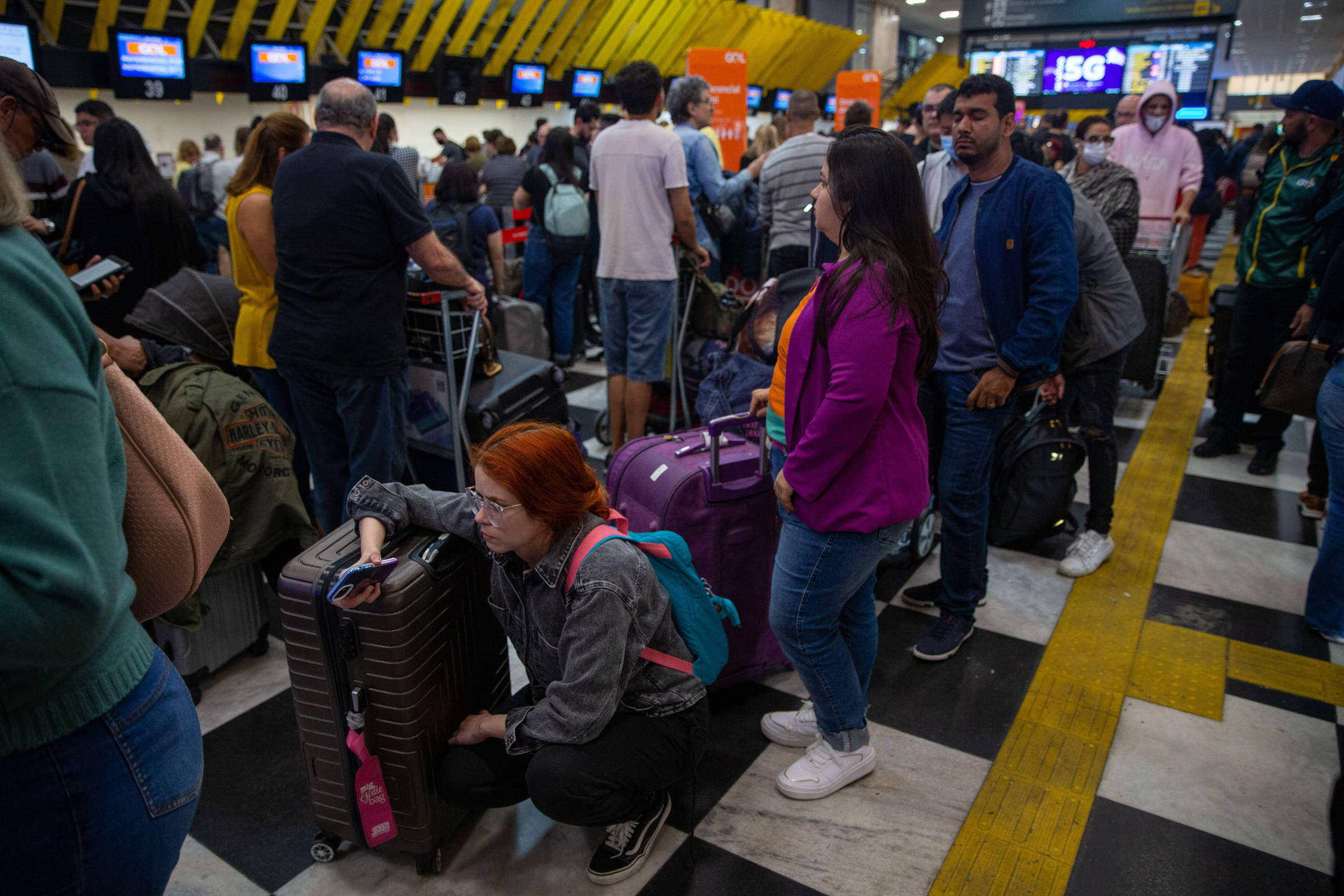 Congonhas airport, in São Paulo, is the most stressful in Brazil, and the third most criticized in South America, according to the ranking made by the website HawaiiIslands.

The travel guide analyzed comments made on pages at more than 500 airports on Google around the world, and saw how many of them reflected stressful situations. In Congonhas, 49.07% of the reviews indicated moments like this.

In South America, Gustavo Rojas airport, on a Colombian island in the Caribbean, was voted the most stressful, with 59.36% of critics, followed by Jorge Chávez, on the outskirts of Lima, Peru (49.27%).

The list of the worst in the region has Aeroparque de Buenos Aires in 4th, Guarulhos in 5th and Ezeiza, in Argentina, in 6th. Other Brazilian terminals appear in the ranking: Guararapes (Recife) in 8th, Salgado Filho (Porto Alegre) in 12th and Santos Dumont (Rio) in 16th.

In the global ranking, 9 of the 10 airports with the most bad reviews are in Europe. Worst was Manchester, UK, with 82% of reviews reporting stress. Second on the global list is Heraklion Airport in Greece, followed by Stansted in London.

The last European summer, in the middle of this year, was marked by crises at airports. With the lack of employees and strikes, there were many problems at the terminals, such as delays, flight cancellations and lost luggage. In the midst of European air chaos, Delta Airlines was forced to load a thousand suitcases on a plane and take them from London to Detroit, in the United States, without any passengers on board.

“Excellent location, but access can be tricky because of traffic. The facilities are small for so many passengers. The restaurants, snack bars are very busy and crowded. But it has its charm and practicality”, commented Sebastião Cardoso, three months ago.

“There aren’t many food options. Unfortunately, the ones that are available are very expensive. 60 reais in 1 piece of pizza”, vented Victor Hugo, 8 months ago.

“We were very well attended and guided. The airport was too small for the number of people who use it, it was very full and everyone was crowded”, questioned Karla Santos, also eight months ago.

Opened in 1936, Congonhas was the fourth airport in Brazil with the most domestic takeoffs in 2021, according to data from Anac (National Civil Aviation Agency). Administered by Infraero, it was granted in August to the Spanish company Aena, which will take over the terminal from 2023.

On October 9, Congonhas had a day of chaos after a jet crashed on the runway and took hours to be removed. The delay generated a series of cascading delays, which affected part of the national air network, given the large number of connections that pass through São Paulo.

Infraero says that the terminal has received improvements

wanted by Sheet to comment on the position of Congonhas in the ranking, Infraero pointed out that the place has received improvements in recent years, such as the installation of facial biometrics to speed up the identification of passengers, expansion of the boarding area, new lighting, replacement of the lobby floor and facade renovation.

“A project is being concluded, together with SPTrans and CET, for signaling the boarding and disembarking areas by transporting applications that will facilitate the transport of passengers”, said the state-owned company.

Regarding food prices, Infraero stated that “service prices are in line with the market in the city of São Paulo, including those practiced in shopping malls within a 10 km radius of the airport. In addition, there are restaurants and snack bars with popular prices.”