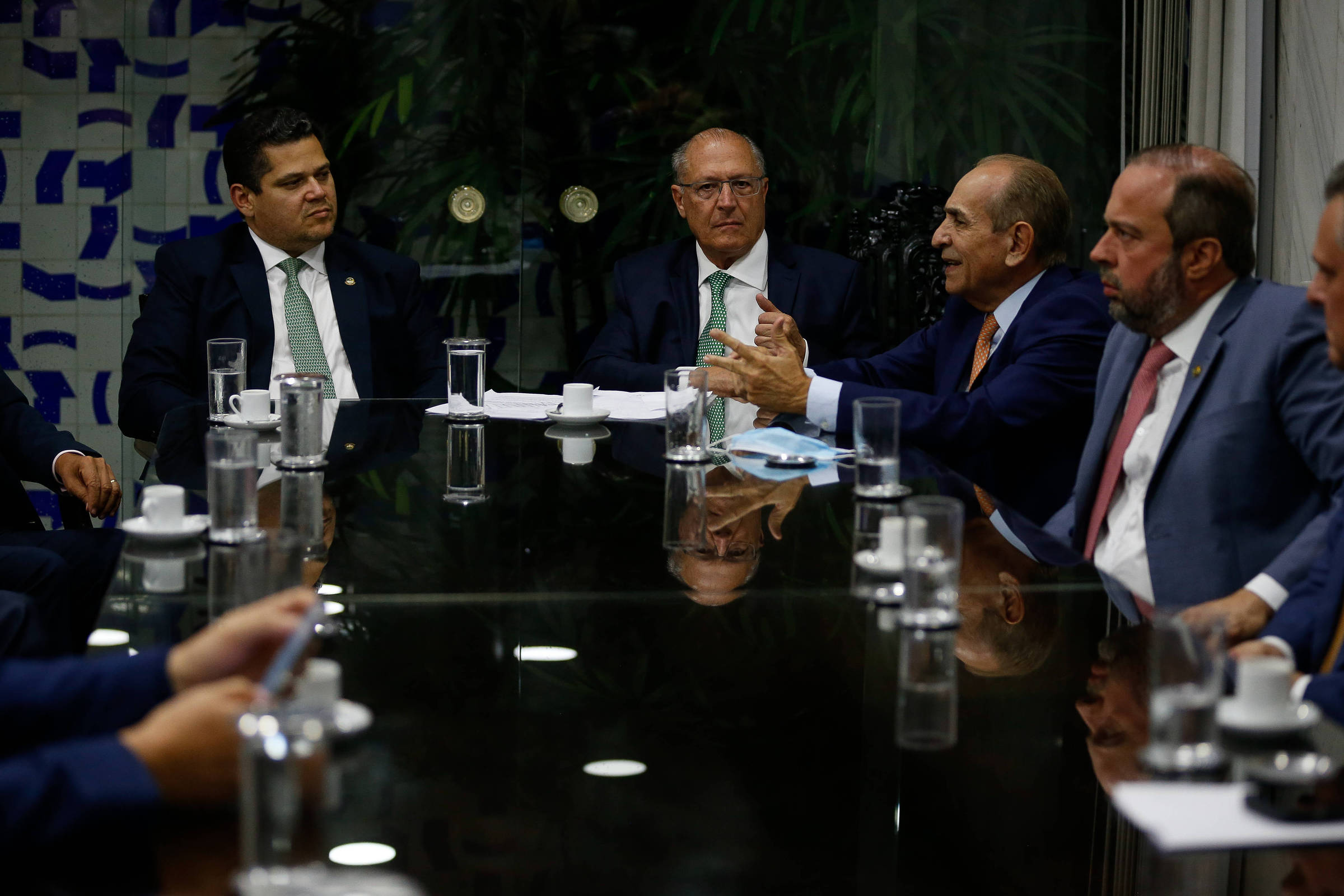 Alcolumbre rules out starting discussion of the Transition PEC this week

The president of the CCJ (Constitution and Justice Commission) of the Senate, Senator Davi Alcolumbre (União Brasil-AP), ruled out starting discussions on the PEC (proposed amendment to the Constitution) of the Transition this week and stated that it is still necessary to align the text with the Chamber of Deputies.

“This week we will not have a meeting [da CCJ] because it has to be compatible with the Chamber of Deputies. A constitutional amendment is not dealt with separately with such a short term”, Alcolumbre told journalists this Tuesday (29). “No forecast [de votação]no date.”

Initially, interlocutors of the elected president Luiz Inácio Lula da Silva (PT) and the president of the Senate, Rodrigo Pacheco (PSD-MG), evaluated that it would be possible to vote on the proposal in the CCJ and in the plenary of the House in the last week of November.

Without sufficient support in Congress, negotiations were stalled and the Senate president himself stopped committing to dates. The idea of ​​the elected government is to approve the PEC in the CCJ and in the plenary on the same day, to concentrate the negotiations on the text in the commission.

The rapporteur has not yet been defined, but the movements revolve around Alcolumbre himself or Senator Alexandre Silveira (PSD-MG), one of Pacheco’s main allies. Asked about the topic, Alcolumbre limited himself to saying that he will probably make his choice before the CCJ meeting. Traditionally, committee meetings are held on Wednesdays.

The elected government presented the 27 signatures necessary to start the procedure in the Senate this Tuesday. Senators from ten parties endorsed the text presented by the general rapporteur for the 2023 Budget, Senator Marcelo Castro (MDB-PI). Castro has said that it is necessary to approve the PEC in both Houses by December 16th.

The measure is being negotiated by the Lula government in order to maintain the current value of the Auxílio Brasil —which will once again be called Bolsa Família— at R$600 as of January 1st, institute an additional payment of R$150 per child up to six years and honor other campaign commitments, such as raising the minimum wage and resuming investments.

Before this Tuesday’s plenary session, the President of the Senate stated that the nomination of the future Minister of Finance —which has been demanded by some parliamentarians— could help to unlock the negotiations around the PEC, but it is not essential. According to him, the payment of Bolsa Família must also be a commitment of Congress.

“Obviously it is important to define names, if you have someone to talk to about economic policy right now, but it is not a fundamental or essential condition for us to move forward with the PEC here in the Senate”, he said.

Pacheco also demanded support from President Jair Bolsonaro’s base (PL) by stating that the Senate has always collaborated with the current government “to have the necessary fiscal spaces” for social benefits. The senator mentioned some PEC’s, such as the one that made it possible to pay Auxílio Brasil in the amount of R$ 600.

“What I consider absolutely fundamental to remember is that this Federal Senate has had, over this time, including and especially due to the pandemic, all the collaboration with the government to have the necessary fiscal spaces for social programs”, said Pacheco.

“So there has always been, on the part of the Senate, this willingness to find solutions to make social programs viable and I want to believe that it will not be different at this moment when it is absolutely fundamental, from January onwards, that we guarantee the social program in the amount of R$ 600 for every Brazilian person.”

In addition to the four-year period for withdrawing Bolsa Família from the spending cap, another sensitive point under negotiation is to set the exact limit for extra spending in the year 2023 in the text. economics group in transition.

The reference for this value is the calculation of BRL 150 billion made by the transition team. An additional expenditure of this amount would keep the ratio between expenditure and GDP (Gross Domestic Product) constant. The current estimate is that this number should remain at 19% this year, while the 2023 Budget was sent with a forecast of 17.6%.

“Obviously, on the part of the elected government, there must be responsibility for the application of this fiscal space within criteria, absolute priorities for the country, such as school lunches, Popular Pharmacy, federal universities, cultural, infrastructure, housing. With a lot of responsibility and without unbridled spending. Evidently, nobody agrees with that”, said Pacheco.

An increase in expenses of the magnitude intended by the PT, without compensation with an increase in revenue or a cut in other expenses, would have the consequence of increasing the account deficit in 2023. The Budget officially projects a shortfall of R$ 63.5 billion, but the current government has updated this estimate to a lower number, although still negative at BRL 40.4 billion.

The existence of public deficits indicates that the government is financing expenditures by issuing a larger volume of Brazilian debt. The cost is close to the economy’s basic interest rate, the Selic, currently at 13.75% per year.

Facebook
Twitter
Pinterest
WhatsApp
Previous article
Schools are closed on Wednesday in South Evia due to the new earthquake
Next article
Congonhas Airport is the most stressful in Brazil, points out international ranking