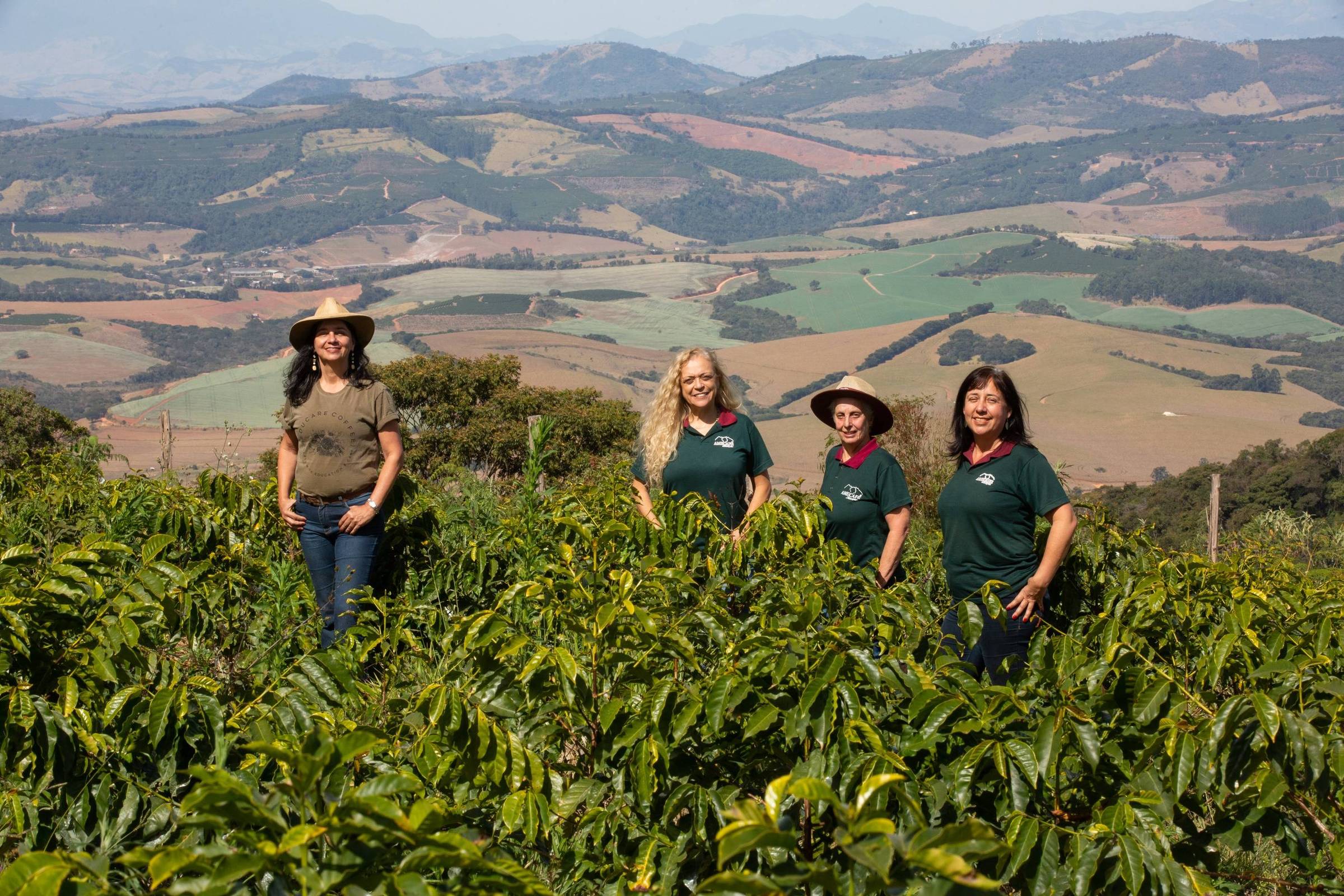 One day, an importer from Australia wanted to receive samples of Brazilian coffee. Some small Minas Gerais producers were even surprised, but a woman, a family farmer in an area over 1,100 m above sea level in Mantiqueira in Minas Gerais, sent it. She got it right.

More than certain, as there are already 12 women who make up an association who export their production, and with an advantage: some didn’t even know it, but the coffee they sold as a commodity was, in fact, special.

Amecafé (Association of Women Entrepreneurs in Coffee from Mantiqueira de Minas), with 80 members, already existed before exports and united women in search of joint practices, but shipments gave an extra boost to small producers, who have an average area of cultivation of 10 hectares (the equivalent of 14 soccer fields).

The denomination is given to coffees that reach more than 80 points. Better and more expensive, they cost twice as much as the conventional one, depending on the production in the country, but on average they are between 30% and 40% above the value, according to them. In common, they have notes of rapadura, molasses, caramel and chocolate.

“It is necessary to have quality and consistency in the supply, that is what the market is looking for”, said the president of the association, Simone Carneiro de Morais Sousa.

A batch is scored by certifying entities, such as BSCA (Brazilian association of specialty coffees), and can reach up to 100 points. The analysis includes sweetness, acidity, flavor, body, aftertaste and general balance of the drink and there must be balance (it cannot have a parameter set to zero, for example).

The first to export was Leda Fernandes, who with her husband and son own the Roseira farm, with seven hectares (9.8 soccer fields) of coffee planted.

After harvesting 150 bags in previous years, the family reached 280 bags in 2021, half of which are specialty coffee. Ten years ago, practically all of their production was sold as a commodity. “It was special coffee, but we didn’t know it”, said Leda.

The business was so successful that the family decided to renovate part of the plantation, so that in the future the feet could yield even more.

The wide spacing of the coffee trees in the fields and the age of the coffee plantations, which are very old, are two of the problems that the women gradually began to solve after they joined forces.

They also began to plan planting and purchase inputs collectively and exchange experiences on soil analysis and fertilizer use.

“As it was, it was no longer possible. Either we followed the market, the technology, or we would be [vendendo como] commodity. I sought training and showed my husband that we should grow. Today he accompanies me. I remain in the lead on some issues, but we talk a lot. Anyone who sees me thinks I’m a farmer, but no, I’m a dreamer,” said Leda.

In one of the shipments, a container carried 320 bags of coffee, of which 55 were produced by his family.

The initiative to take coffee to Australia came from the company Southland Merchants, led by a Brazilian couple who live in that country. The company encouraged the participation of small Minas Gerais producers in a Sebrae project, which provides consultancy to each of them, so that they can reach scale over time.

Before participating in the project and in the association, many small producers, due to lack of knowledge, sold their specialty coffees —some with 90 points— as if they were common.

Discovering that her coffee was of superior quality motivated producer Sandra Momoeda to stay and focus on the activity.

She even lost all her production five years ago after a fire in the field.

“I lost everything, everything, but I don’t regret it one bit. We are there, producing and growing”, stated the producer.

The president of Amecafé said that the results are varied between the properties, since each one has its own terroir [conjunto de fatores que afetam o resultado final da bebida, como plantio e o que foi usado no processo]but all grew, especially after becoming part of Educampo, a Sebrae project.

“They started to know the real cost of a bag, to understand the importance of disclosing our identity and the origin of the product”, he said.

Analyst at Sebrae Minas, Ticiana Tranqueira Malta Lopes said that the producers were already working with quality in the field, but they needed management and understanding issues such as the composition of cost and sale prices in order to grow.

“The focus is to show everything that involves the coffee chain so that they advance globally. The first orientation we gave is that they have a purchasing group, to reduce their purchase of inputs. It has been a paradigm shift”, he stated. .

Sebrae estimates that there are around 8,000 coffee producers in the Mantiqueira de Minas region, 89% of them small, producing in areas of up to three hectares (4.2 football fields).

The analyst’s assessment is that the participation of women and the association is still small in the universe of Mantiqueira de Minas, but promising, as it is in a region that already has a designation of origin (which designates a product whose quality is due to the environment in which it is used). it’s inserted).

“The potential is great, as they actually came to understand ownership as a business, not just a means of survival,” stated the analyst.

Although the association is made up of women, there are men in business on the properties, like Antonio Fortes Bustamante, 88.

Daughters Claudia and Cristiana brew a special coffee grown on a property at 1,350 m above sea level and which bears their name. The brand has achieved scores close to 90 and received awards in industry competitions.

“They know everything, they play very well [a empresa]but I was born into a family of producers, it’s in my blood, I can’t let go”, he said.