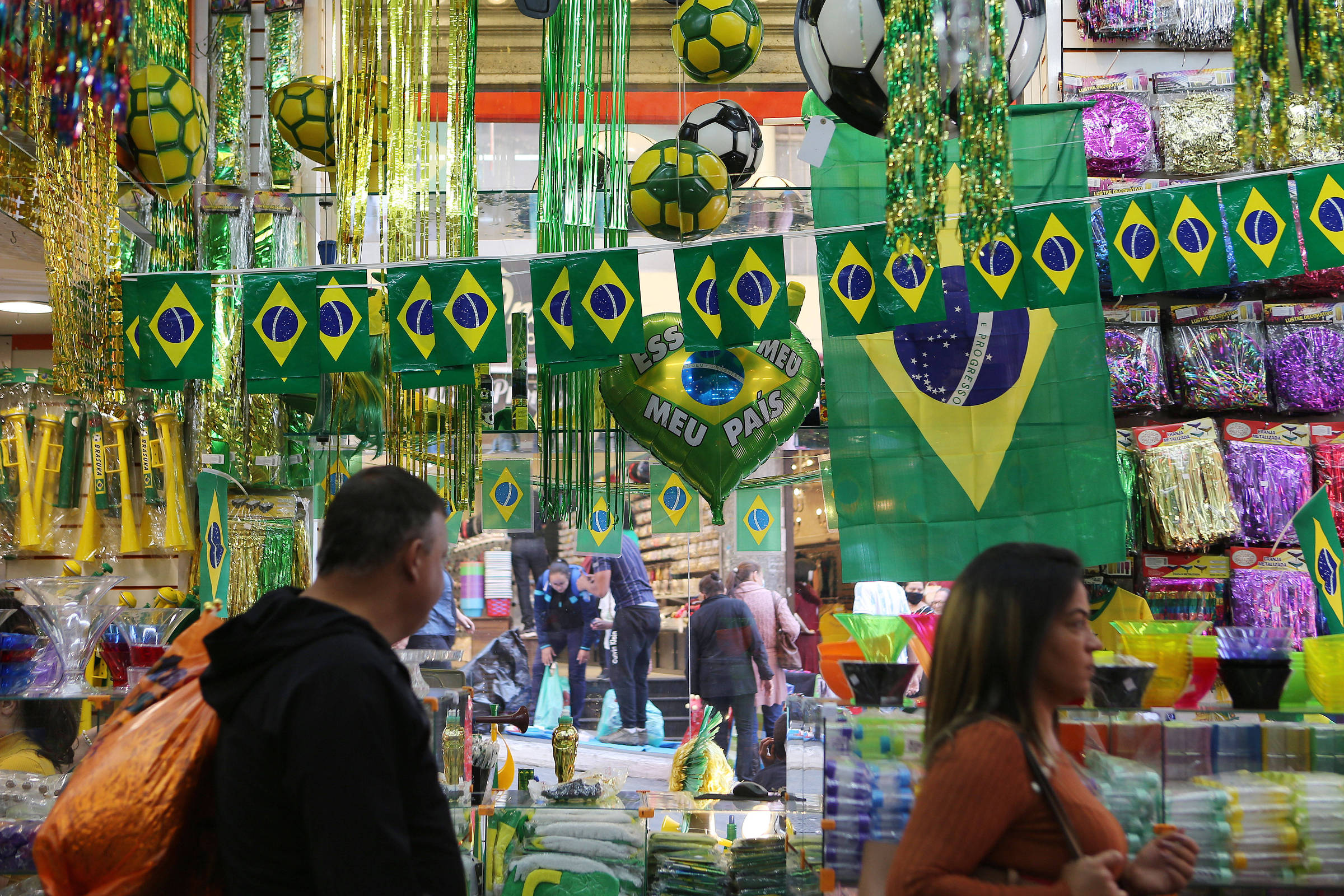 If there were a World Cup of economic indicators, Brazil would not be among the big favorites to take the cup this year, contrary to the perception inside the lawns.

In comparison with other nations present at the tournament in Qatar, the country should not register one of the highest GDP growth rates (Gross Domestic Product) in 2022, although the resumption of economic activity has surprised analysts.

Nor does Brazil tend to have the lowest inflation and unemployment rates in the period, despite the more positive picture of recent months.

This is what the projections released in October by the IMF (International Monetary Fund) indicate. The estimates were put together by Alex Agostini, chief economist at credit rating agency Austin Rating.

“Brazil had an improvement in economic terms, but it is still far from envisioning a podium”, he says.

He compares the state of the national economy with that of Belgium in football. The European team brings together prestigious players, but has already been eliminated in Qatar and has yet to win a World Cup.

“I would say that Brazil, in economic terms, is similar to that team that has great potential, such as Belgium, but that does not get a structure to remain among the group that always disputes the title”, says Agostini.

Among the participants of the World Cup, Saudi Arabia should have the highest increase in GDP in 2022: 7.6%. The country, already eliminated from the football tournament, has an economy anchored in the oil sector.

“It is a very concentrated economy. It has one of the largest oil reserves in the world”, points out Agostini.

Brazil has the 20th highest projection for GDP growth among the World Cup countries in 2022. The national economy tends to grow 2.8%, according to the most recent estimate.

The first phase of the World Cup had the presence of 32 teams, including England and Wales, which, in the GDP ranking, appear as the United Kingdom. Therefore, the survey on economic activity has 31 members.

When it comes to inflation, the estimate for Brazil is a 6% increase this year. Six countries have lower projections for price growth.

The rise in inflation became a global problem during the pandemic. In Brazil, forecasts were revised downwards throughout this year due to measures adopted by the Jair Bolsonaro (PL) government on the eve of the presidential elections.

Pressured by high prices, Bolsonaro decided to bet on tax cuts on items such as fuel, telecommunications and energy.

“The government changed the ICMS rate [imposto estadual]🇧🇷 This helped a lot with the inflationary issue, but it is a palliative measure”, ponders Agostini.

Handily, Argentina is the nation that has the highest estimate for inflation in 2022: 95%. In an attempt to contain the surge, the neighboring country has been putting in place price freezing measures.

Iran should present the second highest inflation this year among the countries in the World Cup. The expected high is 45%.

In the case of unemployment, the projection for Brazil is an average rate of 9.8% in annual terms. It is the fifth highest ranking with estimates available for 25 nations of the Cup.

This rate should slow down to close to 9.3% by the end of 2022, according to Agostini. Unemployment, which is still high compared to other nations, reflects Brazil’s low economic growth in recent years, says the analyst.

Spain should have the highest unemployment rate in 2022: 12.7%. The European country was already experiencing difficulties in the labor market, which were intensified by the pandemic, points out Agostini.