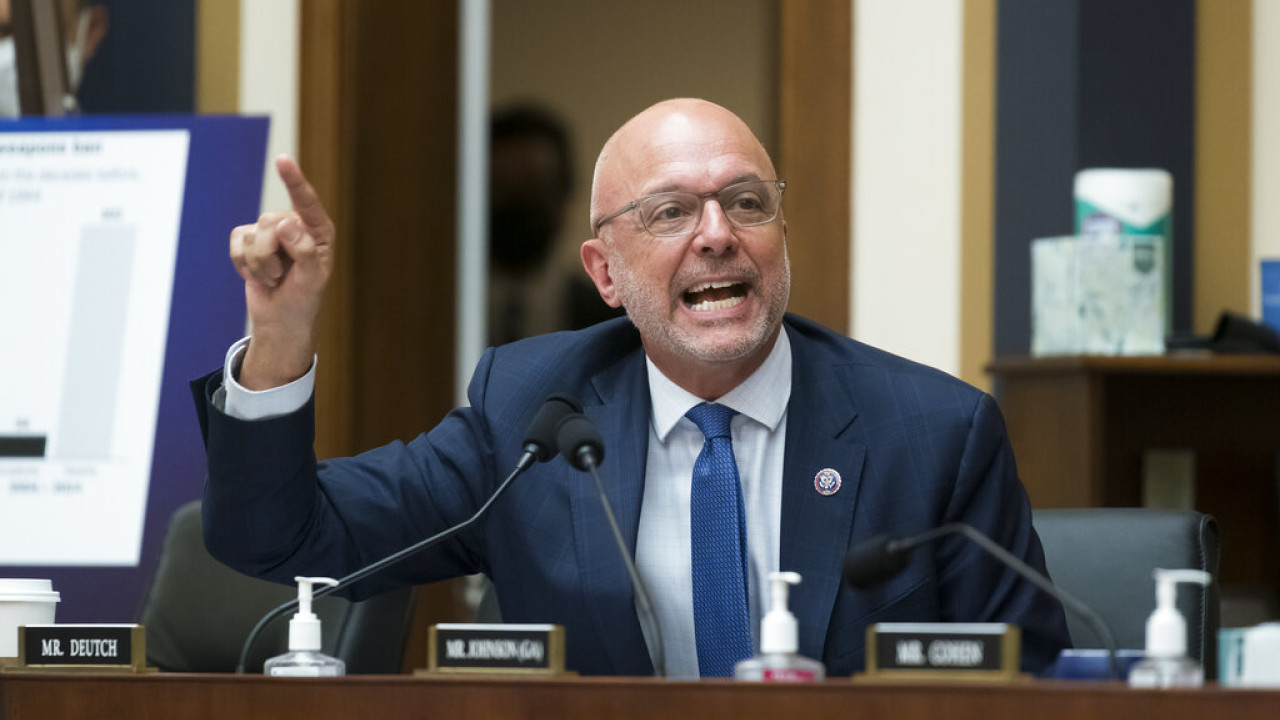 Dinner for the diaspora with the new executive director of the organization “American Jewish Community” as guest of honor – Kolafos vs. Turkey

Greek-American and American-Jewish community relations and how they affect official US policy were at the center of the diaspora dinner discussion, with the new executive director of the American Jewish Community as guest of honor. Ted Deutsch (Ted Deutch).

Mr. Deutsch underlined the “central role of Greece in the Eastern Mediterranean” and emphasized that his goal is to further strengthen the relations between the two communities in the USA, relations that are based on common values.

“The Eastern Mediterranean occupies a prominent position in the world, centered and led by Greece. And this is the difference with the past”, he pointed out. “All of us who have had something to do with getting to this point are very proud, because it is changing the way people perceive the region, for the benefit of our shared values.”

Regarding the Turkey-Israel relationship and the Turkish approach of the Jewish lobby in the US in relation to Greece, Ted Deutsch was adamant that the relationship with Greece is not affected.

In fact, he underlined, among other things, that Turkey “has not signed the United Nations Convention on the Law of the Sea, imprisons journalists, continues to occupy Cyprus and does not recognize Hamas as a terrorist organization, moves that contradict the positions of both the Greek and Jewish communities ».

“There is clearly an upper limit to where the relationship can go, unless there is a willingness on Turkey’s part to make some rather dramatic changes,” he pointed out.

In the same context, Eddie Zemenidis he added that “if Turkey does not change its policy, it will not find friends in Congress”. Ted Deutsch also mentioned that with the Greek-Israeli alliance, for the first time Congress supported a group of countries.

Before the discussion with Ted Deutsch, the Speaker of the House, Konstantinos Tasoulas, took the floor, who underlined the important contribution of the new CEO of the organization to the strengthening of the position of Greece, in his previous capacity as the president of the sub-committee of the Congress for the Middle East and North Africa, as well as his support for the 3+1 cooperation scheme between Greece-Cyprus-Israel and the USA.

The event, which took place on Thursday night, was co-organized by the Hellenic American Leadership Council, the Delphi Economic Forum and the newspaper “Kathimerini” as part of the new initiative “Hellas and Diaspora – the Future”, to highlight the contribution of the diaspora to international relations of Greece.

The President of the Economic Forum of Delphi, Symeon Tsomokos, and the Director of the “Kathimerini” newspaper, Alexis Papachelas, delivered an introductory speech, who underlined that the diaspora is a huge asset for our country, which has not been fully exploited by the series of events launched, the aim is to make it more efficient.