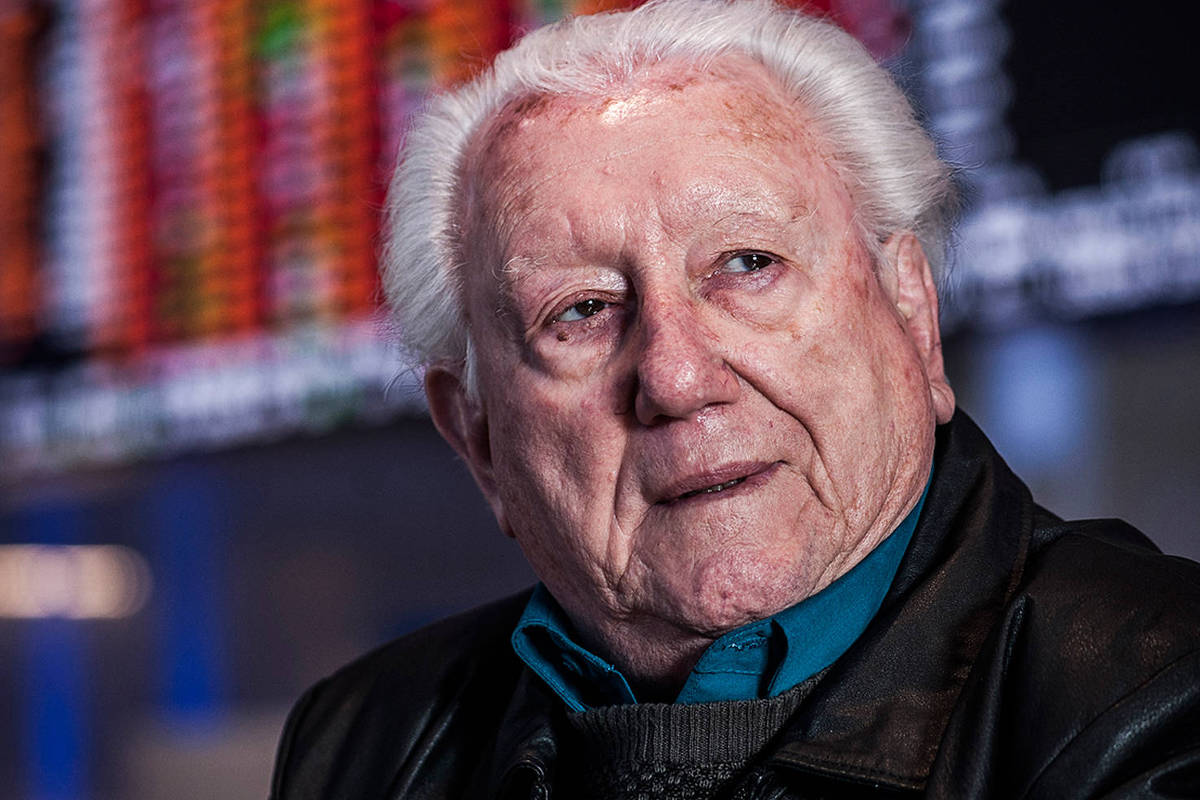 What would you ask a billionaire who was born poor and raised by a working-class mother in a tenement in the São Paulo neighborhood of Brás?

Luiz Barsi Filho, 83, considered a legend in the world of finance for having made his fortune from his own investment plan on the Stock Exchange, is used to answering how he got rich by investing in the stock market. Maybe that’s why he decided to start the video interview with Sheet asking the reporter’s age.

“You have a whole universe ahead of you. You have to take the first step, study good projects, and exorcise a series of tips. That’s how it works on the Stock Exchange”, advised Barsi, after hearing the reply from the interviewer who, having passed 40, wanted to know if there was still time to get rich.

Breaking down his own investment strategies is something he does in detail in his recently released autobiography “The King of Dividends”, published by Sextante. Imitating him, however, requires discipline, interest and an unusual ability to interpret information and numbers. But even for those who doubt their own ability to become a multimillionaire, the guidelines are valuable.

Forget the “day trade”, the fad that captivates and usually frustrates thousands of first-time investors who hope to get rich by speculating in a game of buying and selling assets at very short intervals (sometimes in minutes) while watching charts to guess where prices go.

Neither is the bank’s offer on a great investment in fixed income —Barsi calls it “fixed loss”—or any investment recommendation that is not very well founded that will help you find the path to prosperity, he guarantees.

“I have nothing against the banker, but we need to have our own opinion. I will say it with all the letters: never hand over your money without your participation, without you having a technical explanation, because then you will never win” , recommends.

Barsi distrusts correction rates. Noting down the prices he paid for the products he consumes the most (this includes his own socks and toothpaste) in January and repeating the survey in December, he makes his own IPCA (consumer price index, which measures the official inflation of the country).

The Barsi index usually easily exceeds 20% per year and there is no CDB to deliver this.

Buying shares little by little and steadily in companies considered good dividend payers, in addition to not spending money for nothing, is the basis of the plan, whose initial objective was just to guarantee a plentiful retirement. The BRL 4 billion fortune ended up coming out better than the order.

Barsi is also not the type to trust the government and, therefore, left Social Security aside. “As a good Brazilian, I have always contributed [para o INSS] with the least that the law allowed me,” he said.

In the pages written before the outcome of the 2022 presidential election, he considered repeating, against his will, the 2018 vote for Jair Bolsonaro (PL). He preferred Sérgio Moro. THE Sheetsaid he did not vote in the last election because he had his electoral title cancelled.

Conviction in the retirement plan based on company shares was reinforced during the government of former President Fernando Collor de Melo.

Barsi tells in the book that he was seen as a gambler among the people he lived with, but the blocking of accounts by the Collor government, in the early 1990s, made many realize that the security of savings, the most popular investment in the country, was at stake. check.

Rejecting the “risk market” label, he explains that the Brazilian Stock Exchange is full of stocks whose prices are lower than the book value of the companies they represent, unlike what happens in developed economies.

“It is necessary to see the obvious and for that it is necessary to study”, he said. “A share of Banco do Brasil costs R$ 55 today, a month ago it was worth R$ 30”, she said, regarding the quotation of the day for the asset. “Do you think someone is taking a risk when buying a Banco do Brasil share for R$55?” he asked. “It’s not a risk market, it’s an opportunity market.”

With an eye on the transition of the global economy and the potential for energy production from clean and renewable sources, Barsi, who avoids making recommendations, says that he has invested in shares of AES Brasil. “I know you haven’t studied the Scholarship for 55 years like I have, so I’ll give you the marked card.”

An attentive reader will observe that Barsi’s lessons are not only found in the pages in which he dedicates himself to substantiating the reasons that led him to place certain stocks and exclude others from his investment portfolio.

When narrating his professional career, which began as a shoeshine boy and movie baler still in childhood, he gives clues on how he developed the ability to deal with numbers and, above all, to analyze the financial health of the companies in which he invests.

It’s not a risk market, it’s an opportunity market

Business finance definitely crossed the path of the boy from Quintalão, as the tenement where he lived was called, when he was 15 years old. It was shortly after starting a technical course at the trade school that he got his first formal job, in an accounting firm. “I learned it in the race”, he says. He worked during the day and studied at night, in a “sacrificed routine, like that of so many Brazilians”, as he describes it.

Years later, after jumping from job to job to pay for higher education in accounting and economics, and already working at night as a teacher and during the day as an auditor, Barsi began to “reflect on what it means to own a company, about what is good or bad for the health of the business. And about something wonderful: dividends.”

The stories about his childhood spent in the scarcity of Quintalão also reveal how Barsi’s discipline was forged: it was a question of survival.

An example of this were the years of waiting to taste the churros at the pastry shop on Rua Caetano Pinto, in Brás. Despite having arrived in the neighborhood when he was still small, he only tried them in his late teens because every penny mattered and sweets were unnecessary. “If I close my eyes, I can smell sugar and cinnamon,” he says in the book.

The will to improve his life, reinforced every night when he returned to Quintalão, was the fuel that moved him on the path of studying and working to improve his life. The fear of going back to being poor made him develop the investment strategy that he has been trying to popularize since the 1970s, when he materialized the essay whose name bears the motto: “Actions guarantee the future”.

Decades later and many millions later, Barsi closes the conversation by saying he needs to include an adjective in his most famous quote: “Stocks guarantee a great future.”