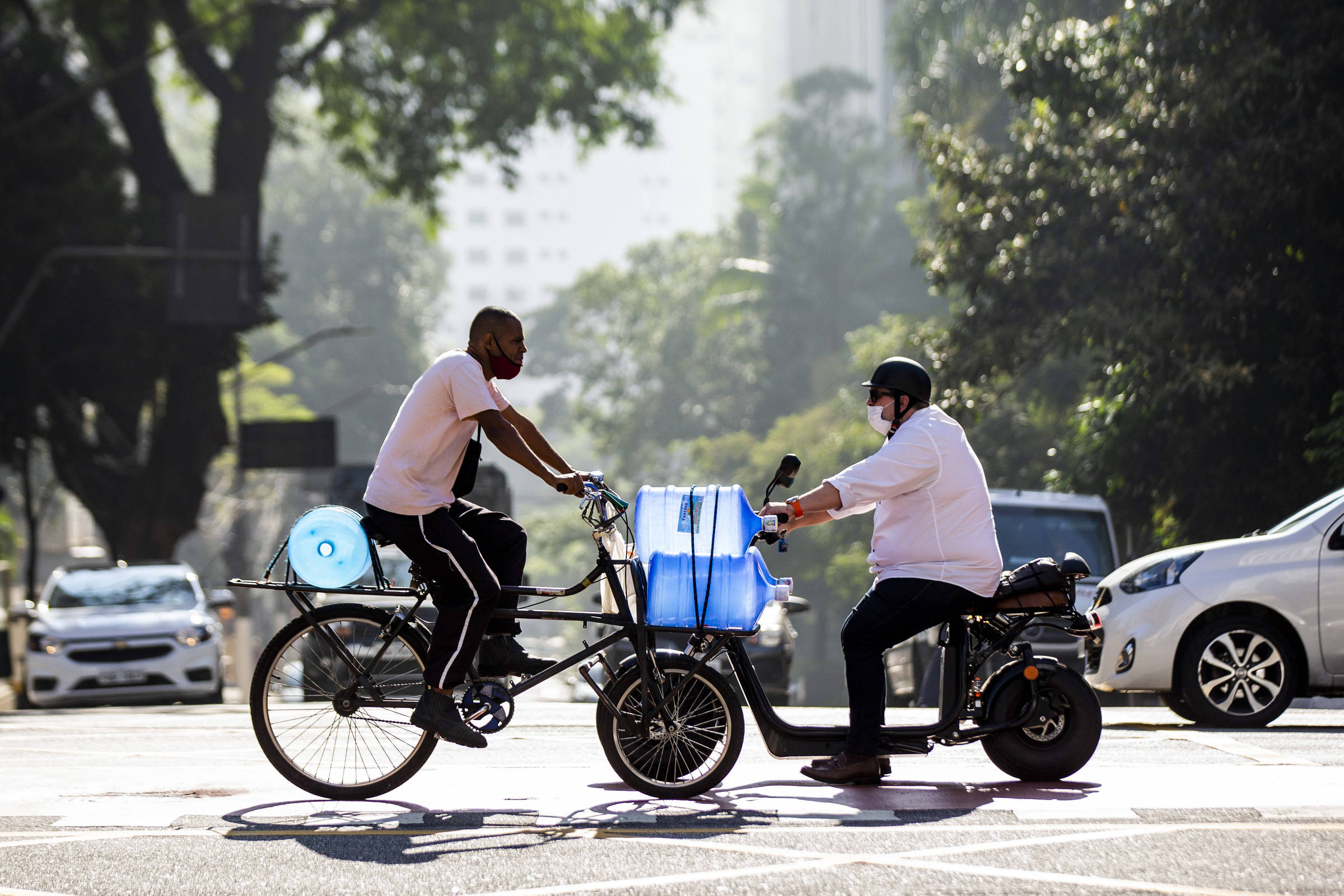 Over the past two decades, the country’s richest states have seen the income imbalance between blacks and whites increase. Considering the whole of Brazil, income inequality has stagnated, even with progress in the democratization of higher education.

Maintaining the current pace, the country should take more than 400 years to reach income equality between blacks and whites, while the balance for education should be achieved in 34 years.

The conclusions are from the most recent edition of Ifer (Folha de Equilíbrio Racial Index), which considers the advances and setbacks in the representation of blacks and browns in relation to whites between 2001 and 2021.

The Ifer is an indicator that measures the distance between racial inequality and a hypothetical scenario of balance, in which the presence of black people in the highest income or schooling ranges, for example, reflects their weight in the population from 30 years old.

It was prepared in 2021 by researchers Sergio Firpo, Michael França (both columnists at Sheet) and Alysson Portella. The disclosure gave rise to the project The Color of Inequality in Brazil, which was organized by Insper’s Nucleus for Racial Studies and journalist Érica Fraga.

In addition to income, the tool captures the balance in access to higher education and longevity, varying between -1 and 1 point. The closer to -1, the greater the representation of whites in relation to blacks; values ​​close to 1 indicate a scenario in which blacks and browns would have an advantage.

The data show that, while the higher education education indicator had a more robust advance, of 0.223 points in the period, the national income indicator improved only 0.068 points, from -0.516 to -0.448.

For the states, the formulators of the index constructed a timeline that goes from 2004 to 2021, considering the moving averages of three years.

At the other end, Amapá was the only state to leave the white dominance level and reach the so-called relative equilibrium: it went from -0.256 to -0.160 points in about two decades.

“Regions with a higher concentration of income, such as the Southeast, have additional obstacles for the black population, due to the privileges of white dominance”, assesses Portella.

Despite having a more dynamic labor market, the states of the Southeast suffer from the greater isolation of black and brown populations in their peripheries, reinforcing exclusionary dynamics in the same municipality, he says.

“In richer regions, there is a more visible stratification, with repression to social mobility. In the country’s big cities, blacks seem condemned to live in the social stratum in which they were born”, says Giovanni Harvey, executive director of Fundo Baobá, which supports projects to include the black population.

In the Midwest region, where the income balance indicator advanced the most in the period, the lower isolation of the black population in the peripheries ends up facilitating the fall in income disparity, as the researchers had already demonstrated in the 2021 edition of Ifer.

For specialists, social barriers prevent the lesser racial inequality in education from also being reflected in a greater balance in income, even for people with the same education.

“The network of contacts of young people from wealthy white families ends up operating as an indirect exclusion mechanism. A white person and a black person graduate from USP, but the high-income white person had access to a more robust network of contacts and was able to acquire more lifelong skills —he traveled abroad, learned another language,” says França.

The low-income black youth, adds the researcher, even with a university degree, may even achieve mobility, but gaps in the accumulation of skills and contacts throughout life, compared to the trajectory of a high-income white, the harm.

Data from the annual PNAD (National Household Sample Survey), from the IBGE (Brazilian Institute of Geography and Statistics), show that the average monthly income for white workers in the country was BRL 3,202 in 2021, compared to BRL 1,857 for black workers .

According to Firpo, the most efficient way to reduce inequality of opportunities is to integrate children from different backgrounds from an early age. “It’s not normal for a part of the population to study in a bilingual school and some only have access to the community where they live.”

He adds that the future government of Luiz Inácio Lula da Silva (PT) has the challenge of making education once again have an inclusive agenda that focuses on the most vulnerable population.

“The MEC [Ministério da Educação] must go back to being the body that organizes efforts and catalyzes these decentralized policies, and that learns from the policies that worked in the country.”

“Historically, in times of crisis, even with a reduction in inequality, black people end up being affected more than white people, as the social protection network is smaller”, says Marcelo Paixão, economist and professor at the University of Texas (USA). ).

The professor believes that racism makes it difficult for the black population to take advantage of existing public policies to reduce income inequality. Thus, even if a low-income black family has access to the same benefits as a poor white family, racial prejudice will continue to put black people at a disadvantage, reducing their chances of advancing.

“Racism ingrained in society will not be overcome overnight. I, for example, have already been a substitute for two ministers of state, but I remain a black person. Whenever I enter an environment, the first look I will receive will be that I shouldn’t be going there.”

He says he is optimistic about the greater awareness of society, which has mobilized more to seek racial equity. Sectors of civil society and the business community began to demonstrate in a way that I have never seen in this country, complements Harvey.

Author of “The Desigual Society – Racismo and Whiteness in the Formation of Brazil”, economist Mário Theodoro considers that it is necessary to advance in affirmative policies for the labor market that are similar to what was applied by the Law of Quotas in universities.

recent report by Sheet pointed out that the 2014 Law of Quotas for blacks in public tenders helped to increase the number of black and brown employees, but this advance stagnated during the government of President Jair Bolsonaro (PL).

For Theodoro, the initiative to open trainee programs aimed at young black people is commendable, but the government can also reinforce affirmative policies together with private companies.

“Government and the private sector are great employers and can work together”. For the private sector, conditions can be placed so that the company only participates in public bids if it has affirmative action, he says.

“There will be a lot of resistance, we live in an unequal country and where inequality has become the core of society. Any project that confronts this logic will be contested, but it is necessary to insist”, says the researcher.

Facebook
Twitter
Pinterest
WhatsApp
Previous article
Iran is building a new nuclear plant in Khuzestan province
Next article
Ark of the World: New case of abuse of a minor – Double beating by 4 “educators” of a 14-year-old in Volos