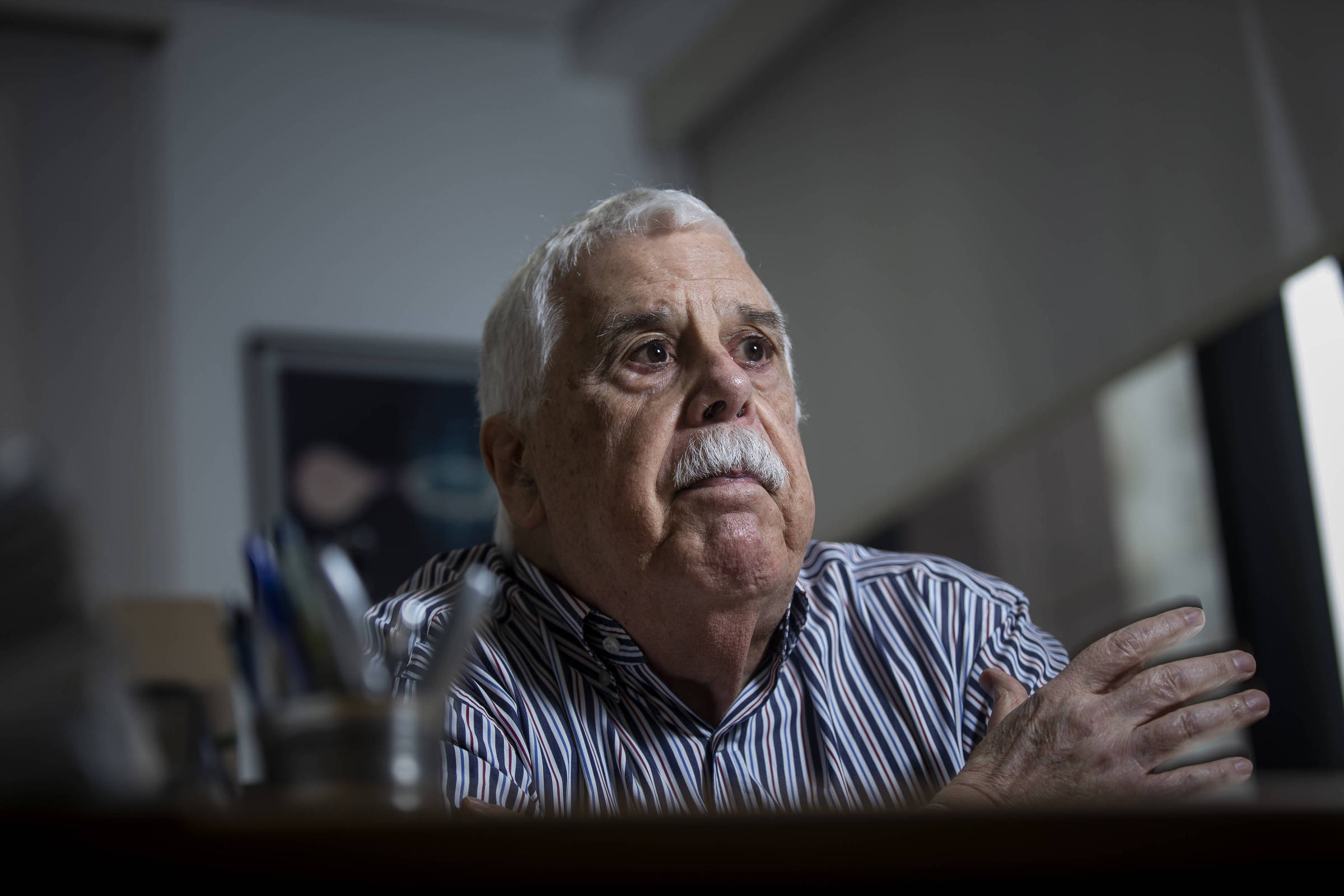 Economist Affonso Celso Pastore is a harsh critic of the proposal to increase spending and create exceptions outside the ceiling, as proposed by the elected government of Luiz Inácio Lula da Silva (PT) through the PEC (Proposed Amendment to the Constitution) of the Transition.

“Brazil’s Budget was captured by several groups. The Manaus Free Zone group and the Simples Nacional people are among them. The secret budget is a capture”, he says. “If you act on catches, you have huge fiscal space to fight poverty.”

In Pastore’s evaluation, the new government’s option to increase expenses is based on a vision of the world and politics.

“The PT believes that public spending produces economic growth. It’s not that we have a distorted economic vision. We have an ideological vision.”

The government has said that it needs the approval of the PEC to guarantee actions in the social area, and Mr. has positioned itself against the value and term presented. Can you explain the reasons? First, let’s distinguish between fiscal responsibility and social responsibility. They are not incompatible at all.

A country with a low per capita income like Brazil and a very high level of absolute poverty must have a more positive attitude towards the fight against poverty. You can only solve this problem with economic growth, creating opportunities for excluded people, teaching low-income children. But this is a long-term performance. In the short term, cash transfers are needed.

Well, what’s going on in this discussion now?

Before the Bolsonaro government, people paid BRL 190 per family, on average, and Bolsa Família was BRL 40 billion a year, more or less. The pandemic came, and the value was multiplied. The benefit went up to R$400. Later, already with an eye on popularity and the election, an additional payment of R$200 was approved, totaling R$600, a significantly higher number than the initial one.

When you look at the structure of public expenditure, you will see that Social Security, which has already been reformed, and administrative personnel, which will not be reformed anytime soon, make up a very large share of expenditures. There is also education, health. Finally, the budget rigidity is great.

However, there are other expenses in which it is possible to gather resources. In the Individual Income Tax, there is an additional BRL 45.2 billion to cover non-taxable income and another BRL 30 billion of deductions provided for in the 2023 Budget.

Within tax expenditures there is the Simples Nacional. It’s R$ 88.5 billion a year, which is twice as much as an old Bolsa Familia. There is a Free Zone in Manaus, which is spending more than the old Bolsa Familia, R$ 55.2 billion. There is another R$ 54 billion for agriculture and agribusiness. But I don’t see Lula cutting these things.

Mr. Are you saying that there are alternatives within the spending structure itself? Brazil’s Budget has been captured by various groups. The Manaus Free Trade Zone group and the Simples Nacional people are among them. The secret budget is a catch. If you act on the catches, you have huge fiscal space to fight poverty.

Lula wants to keep his campaign promise to keep the R$600 and give another R$150 per child.

R$ 400 are already included in the Budget. R$ 52 billion are needed to complete another R$ 200 and about another R$ 15 billion to provide the R$ 150 per child. This adds up to almost BRL 70 billion, this is the extra ceiling to fulfill this promise.

But the 2023 Budget sent by the Bolsonaro government has several other holes, doesn’t it? It is clear that there are other defects in the Budget. One is correction. The 2023 ceiling is corrected by the 2022 inflation. The Budget foresees an inflation of 7.2%. Inflation will be 6%.

The Marcos Mendes [colunista da Folha]a very responsible guy, made several analyzes saying that with R$ 110 billion the problem is solved and the ceiling is maintained.

The negotiation of the PEC signaled that there will be a new fiscal framework in the future, but without explaining which one. How mr. did you see this? They reversed the order when they started the discussion on spending outside the cap — and the order of the factors here changes the result. We keep hitting the key to respect the rule, because it’s always better to have a rule than to make discretionary decisions.

Brazil has a real interest rate higher than the sustainable economic growth rate. Public debt is the highest among emerging countries. When this public debt rises, risk premiums also rise.

The fiscal rule, whatever it may be, needs to lead to the generation of primary surpluses large enough to cover debt growth. However, we are here talking about raising spending from the ceiling, when we should be focusing on a discussion of alternatives that lead to surpluses.

The philosophy of what must be done is in the Fiscal Responsibility Law. You cannot create permanent expense on top of transient income. What did Guedes [ministro da Economia]🇧🇷 It made transient revenues and generated transient increases in expenses. With Auxílio Brasil, that was it.

Yup. He raised the aid amount during the campaign, but did not budget for it. 2023. We can be critical of Guedes, but in that he was consistent.

The surplus was occasional, generated by inflationary surprises that led to an increase in tax revenue. This phenomenon happened all over the world. I’ll give you an example. The price of oil was going up and then, with the pandemic, it went down. In 2021, the barrel was below US$ 80. The Ukraine War came, and it was between US$ 100 and US$ 120. In the meantime, the real depreciated more than other emerging currencies.

States collect ICMS on petroleum refining valued at this price and with this exchange rate [maiores]🇧🇷 This led to a temporary rise in revenue and surplus in the states. Now, we are going to have a slowdown in the world economy. The price of oil has already dropped below US$ 80. There is a drop in the price of commodities. We’re going to have a drop in revenue.

The picture of the 2022 fiscal situation is distorted. The lens does not correct for the effect of the inflationary surprise, which is now over. And without it, we would be in deficit this year. The 1% primary surplus registered in October would already turn into a deficit.

Any extract going forward, however contained, will increase the debt/GDP ratio. This PEC makes it go up more. Well, we need to reorganize expenses from now on. And we don’t have an economic team discussing this.

In the face of all this, what Mr. Do you believe PT is signaling at this first moment? The PT does not believe that low interest rates produce economic growth. The PT believes that public spending produces growth. I will quote a PT member who became President of the Republic, Dilma: expense is life. It’s not that we have a distorted economic view. We have an ideological vision.

In a sense, this is what is being discussed with this PEC that increases spending. But with this extra spending, the risk goes up, the interest rate also goes up, and the growth rate goes down.

I’m not threatening anyone. It’s not the market reacting in an irrational way. That’s how it works.

But let me tell you this: if the country grows because the interest rate is low, and the private sector allocates resources, the politician does not benefit, as he cannot be appointed as responsible for growth. But if growth comes from increased public spending, the politician has votes and support.

We have to see what is behind the motivation to increase spending. Behind this is showing that the PT in government is capable of achieving more economic development than other countries. It will not work. Fiscal expansion produces an increase in the risk premium, whether the PT likes the market or not.

Economist and doctor in the same area at USP (University of São Paulo), where he was also a professor. He was part of the Ministry of Finance team under Delfim Netto and chaired the Central Bank under General João Figueiredo, the last president of the military regime. Associated with the CDPP (Center for Debates and Public Policies), he is the author of several books on exchange rate and inflation and works as a consultant for AC Pastore & Associados