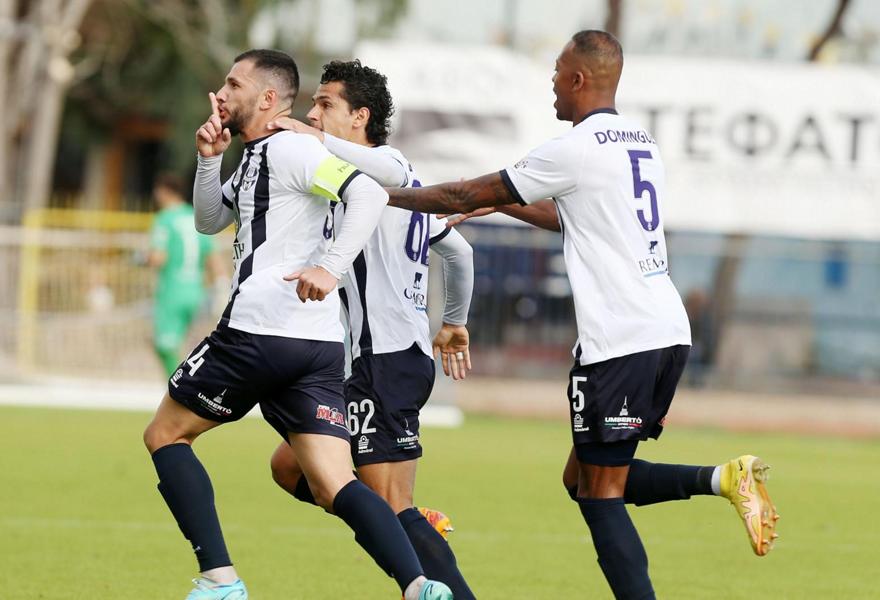 THE Apollo of Smyrna prevailed upon me 1-0 of Chania in today’s (04/12) opening game for the 5th matchday of Super League 2 Group B.

The “light brigade” managed to keep its goal inviolable for the fourth match in a row, while with his well-timed penalty Fation in the 23′which Katsimichos took out in the first phase, but the ball slipped from his hands, he got the “three points”, in the end!

It is worth noting that after this victory, Apollo remained unbeaten, reached 10 points and caught in first class of the standings Ilioupoli, having one match less…

On the contrary, the Cretan team lost after two consecutive victories and remained in eighth place.

The schedule for the 5th matchday:

Rebirth of Karditsa – Victory of Volos

DAY OFF: Iraklis of Larisa

The program of the next (6th) competition week

Victory of Volos-Diagoras of Rhodes