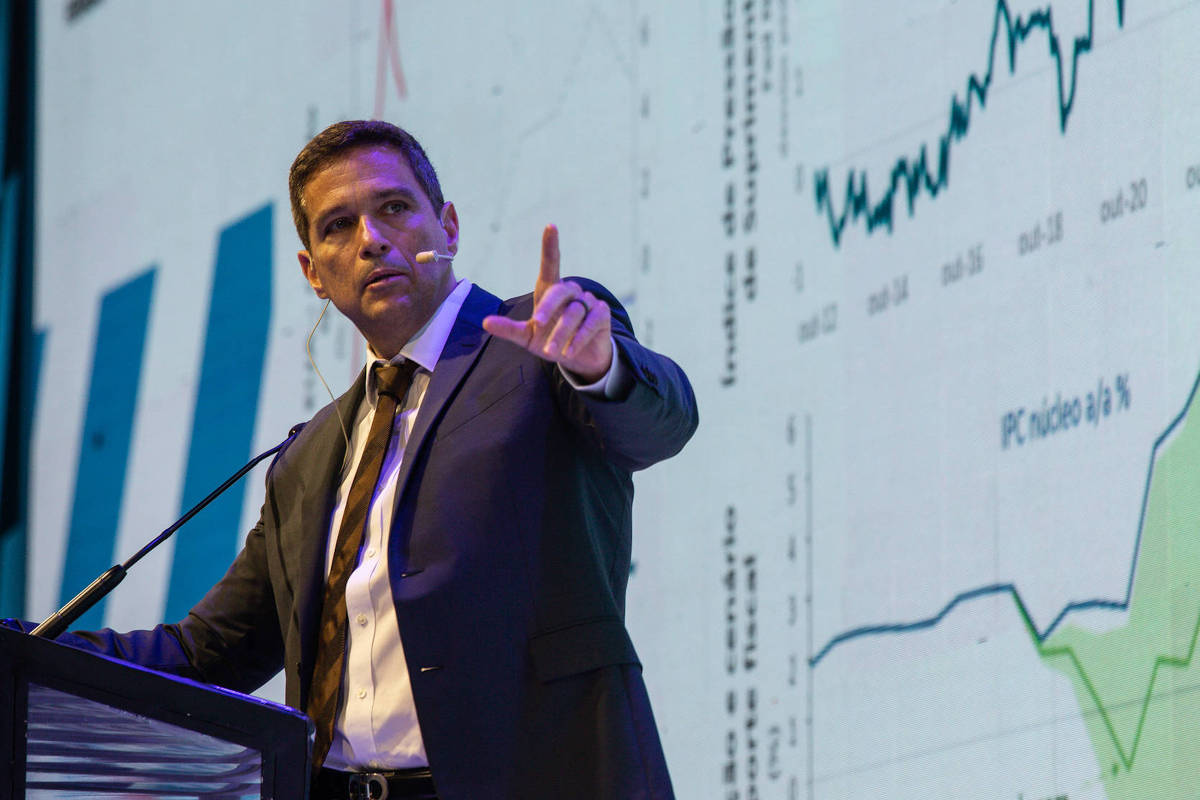 The president of the Central Bank, Roberto Campos Neto, said this Thursday (15) that correct communication on the conduct of public accounts is relevant to calibrate market expectations and avoid damage to the government’s credibility.

The message was sent this week to the future Minister of Finance Fernando Haddad by the current head of the monetary authority, who said that it is still possible for the country to spend a little more if this type of premise is considered.

“If you communicate well what you are doing in such a way that economic agents understand how the debt convergence process will take place, sometimes you can spend a little more with less effect on credibility”, he said in an interview at the end of the year. . “When you communicate better, you can do the same thing with less damage,” he said.

The two spoke on Tuesday (13) after Haddad was announced as the future head of the economic team, and in the midst of market concerns surrounding the PEC (proposed amendment to the Constitution) that makes room for more expenses in the 2023 Budget. The extra impact could exceed BRL 200 billion per year, which raises concerns among investors about the trajectory of the public debt.

“People in monetary policy learn that, if they communicate well, we can do less and have more power, because communication has this channel of efficiency. More and more, we see that this is also true in the fiscal area”, stated Campos Grandchild.

For the BC president, what matters for calibrating expectations is not spending in a current year, but transparency in relation to how spending will be applied and how the trajectory of public accounts will be in the long term – and , specifically, debt. He also stressed that fiscal and monetary policies must be coordinated to pave the way for a drop in interest rates.

Haddad said this week, after the conversation with Campos Neto, that there is room for a cut in the interest rate if the fiscal policy is well communicated.

In this Thursday’s interview, Campos Neto was asked, but did not answer, whether the elected government has properly communicated and given security to the BC for a possible cut in interest rates, as mentioned by Haddad.

In the effort to convince the PEC negotiated in Congress, the transition team has said that it seeks to obtain a level of spending in relation to GDP (Gross Domestic Product) that remains stable in relation to the last year of the Bolsonaro government. But the PEC account exceeds the level calculated by economists on what would be the maximum amount for spending to remain at a similar level.

Campos Neto said that he has heard from analysts that a stable level of expenses in relation to GDP would be between R$ 130 billion and R$ 140 billion, but he said he was not sure about this number and stressed that the BC does not calculate this.

The PEC authorizes more expenses than that. The text authorizes an annual expansion of the cap in 2023 and 2024 by BRL 145 billion, plus investments outside the cap of up to BRL 23 billion every year.

It also authorizes the use of money forgotten in the PIS/Pasep (around R$ 24 billion) for investments outside the ceiling, in a single impact, and also leaves university expenses funded by their own revenues and environmental expenses with money derived from the ceiling outside the ceiling. of donations.

Campos Neto stressed, however, that there are other elements for the analysis of the numbers, such as the possible cut in fuel subsidies – a policy implemented by Bolsonaro amid the global increase in oil prices.

Without mentioning any names, Campos Neto also made a warning for the conduct of economic policy by the next government when he mentioned subsidized credit. According to him, the reduction of this type of measure in recent years played an important role in reducing interest rates in the country — and a return to the use of the instrument could put pressure on rates again.

“If there is a return to subsidized credit, we may have a reversal in the negative sense [com] a neutral rate that rises and a loss of monetary policy power”, he said.

The BNDES (National Bank for Economic and Social Development) was the main bank to promote this type of policy and should be commanded by Aloizio Mercadante, a historic member of the PT.

Mercadante had a meeting with Febraban (Brazilian Federation of Banks) this week and, according to the entity, he stated that there is no room in public accounts for subsidy policies from the development bank, such as those implemented in previous PT administrations.

Facebook
Twitter
Pinterest
WhatsApp
Previous article
Market: Stocks see red with central banks
Next article
Emergency aid for breeders: When do applications start and for how long can they be made?