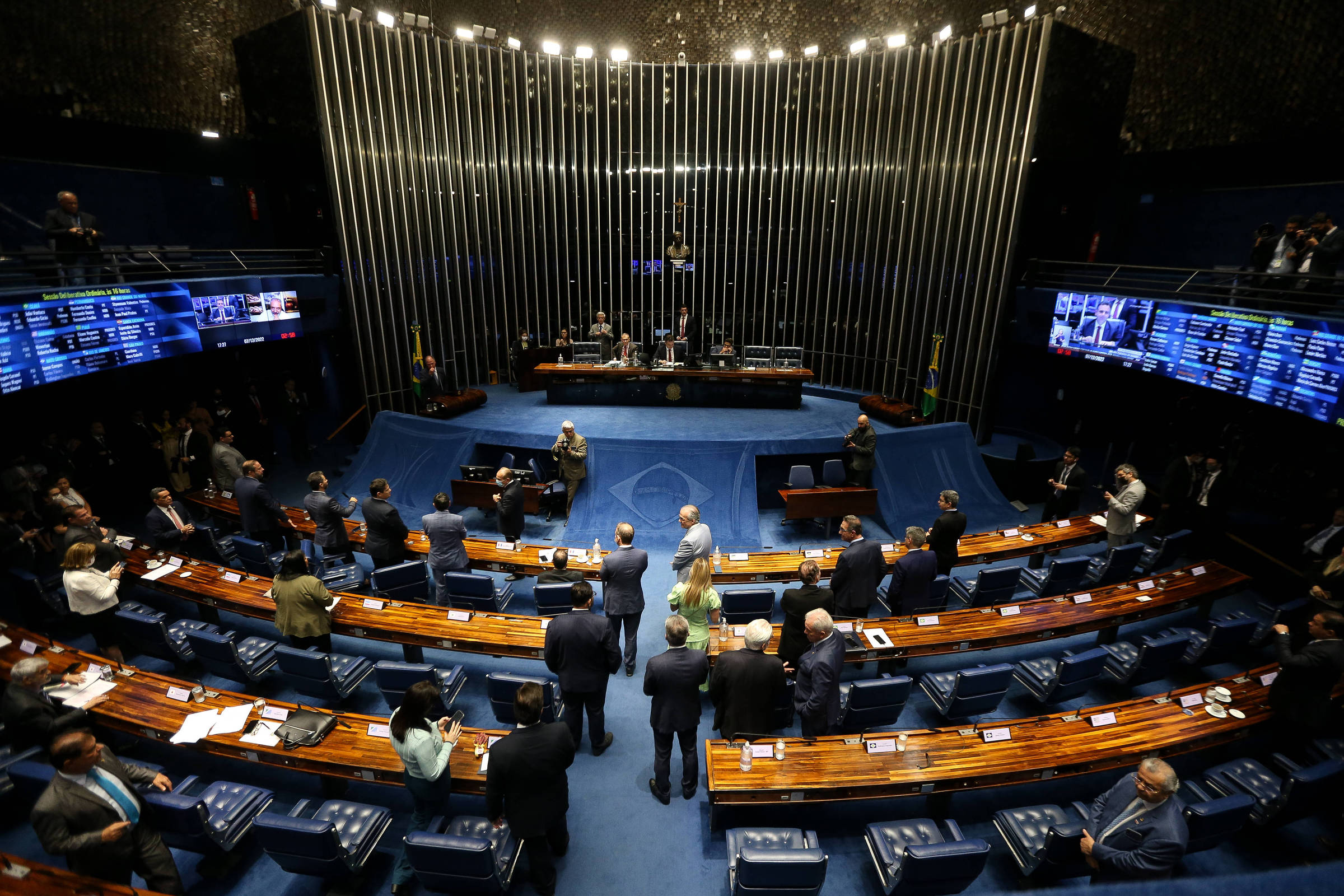 Lobby for energy subsidy divides Lula’s base in the Senate

A bill that expands subsidies in the area of ​​energy, raising the electricity bill, has become a bone of contention between senators who are in the base of support for president-elect Luiz Inácio Lula da Silva (PT).

Among those benefiting from the text under analysis are investors in solar panels, which can reduce energy costs — an advantage enjoyed mainly by high-income families, banks and large retail chains. The benefit, however, is paid for by the energy tariff, which especially harms the poorest consumers, for whom the energy tariff has a greater weight in the Budget.

Sector entities released cost projections, but now there is an official projection from Aneel (National Electric Energy Agency). The project, if approved, will transfer to Brazilian consumers, by 2045, an additional R$ 125 billion, according to the estimate released this Thursday (15) by the agency, which sees no technical sense in the PL.

“The changes advocated by the distributed generation sector violate the law approved by the National Congress and add excessive costs to tariffs, including for families with lower purchasing power, by intensifying subsidies to a segment that is already highly competitive”, says Aneel in the text detailing the values.

The group responsible for the transition in the areas of mines and energy is strongly in favor of renewable energies. Projects in the area, such as solar and wind, will be the center of energy policy in Lula 3. But the group does not support the expansion of subsidies at random. In the case of this PL, in particular, he sees no technical sense in his propositions.

The group’s coordinator, Maurício Tolmasquim, former executive secretary of the MME (Ministry of Mines and Energy), has already said that the uncontrolled concession of benefits is distorting the structure of the electricity sector and creating unsustainable costs, both for families and for companies. .

“This account is going to be priceless. It’s true, because there’s no magic”, said Tolmasquim. He says that a pact between sector agents and Congress is needed.

Guided by the transition group, deputies from the base of support for the future government tried to stop the procedure in the Chamber, without success: the project was approved on December 6th.

When it reached the Senate, the PL was taken directly to the plenary; senator Carlos Fávero (PSD-MT) was appointed rapporteur. Lula’s interlocutor with agribusiness and a strong candidate for Minister of Agriculture, he was also alerted by the transition group about the problems of the proposal.

The leader of the PT in the House, Senator Paulo Rocha, sensitive to the criticisms leveled at the text, participated in the negotiations so that the project would not go straight to the vote, defending an in-depth debate in the commissions.

On Wednesday (14), however, Senator Fávero stepped forward and released an opinion in favor of approving the project. Senators from the states of Mato Grosso and Mato Grosso do Sul, interested in subsidies, support the proposal.

Senator Simone Tebet (MDB-MS), who supports Lula and is also quoted to occupy a ministry, has not yet disclosed her position on the subject.

There was a new mobilization to stop the vote. This Thursday (15), the project was also not included in the agenda. There is an expectation that it may be delayed until 2023, when new parliamentarians and members of the elected government will have already been sworn in.

However, there is a strong struggle between the sectorial entities around the vote.

On the one hand are sectoral associations that defend investors in photovoltaic energy and PCHs, propagating the advantages of these sources in an attempt to justify the release of another round of billionaire subsidies. On the other hand, there are consumer defense groups that are trying to stop the continuous increase in the electricity bill, promoted via the National Congress, where the business lobby finds space.

Several parliamentarians are also interested in approval, as they invest in solar energy and PCH.

In the case of this particular project, the benefits are considered so questionable that they have drawn opposition from energy experts and executives. In an unprecedented initiative, a manifesto against the PL was organized. Among the signatories are economist and lawyer Elena Landau, a reference in the sector, and Luiz Carlos Barroso, president of PSR, one of the most respected consultancy firms in the energy area.

“The moment we live in is unique and worrying”, says Paulo Pedro da Abrace (Brazilian Association of Large Energy Consumers and Free Consumers). “Constant conflicts and extreme judicialization occur because the sector is dysfunctional. The logic is inverted and each agent seeks opportunities to take part of their costs and transfer them to another, which is usually the consumer.”

Within the Fair Energy Movement, an open letter was sent to senators on Monday (12) against the approval of the text.

Initially, PL 2307, authored by Deputy Celso Russomanno (Republicanos-SP) provided for changing the regulatory framework of MMGD (distributed micro and mini-generation, defined in Law 14,300), extending the transition period for granting benefits to this type of projects, which are mostly solar energy. Basically, this subsidy guarantees exemption for the use of yarn and transfers this cost to other consumers, who do not have access to this type of project.

In the process, the PL received an amendment that was unrelated to this discussion, a tortoise, as they say in the jargon of Congress.

The device proposed by Deputy Beto Pereira (PSDB-MS) wants to change the Eletrobras Privatization Law (law 14,182) and determine that the production of 1,500 MW (megawatts), out of a total of 2,500 MW, which should be supplied by thermal gas in the Midwest region, can be supplied by PCHs (Small Hydroelectric Power Plants) of up to 30 MW. In addition, it extends to these PCH projects the subsidies given to solar generation projects.

As the demand for thermal plants had already been included in the privatization law by a tortoise, this new amendment is considered a mutant tortoise.

According to the agency’s calculations, the inclusion of this set of benefits adds another BRL 100 billion to Brazilians’ electricity bills, from 2023 to 2045.

One of the arguments in favor of the change is that PCHs are less polluting than gas thermal plants. However, this environmental dilemma makes no sense in the discussion in the face of a new scenario.

The energy transition group, in line with consumer protection entities, are looking for a way to end the mandatory construction of gas thermal plants provided for in the Eletrobras Law. The tortoise, then, would be just a way to favor investors in PCHs with a new type of subsidy.