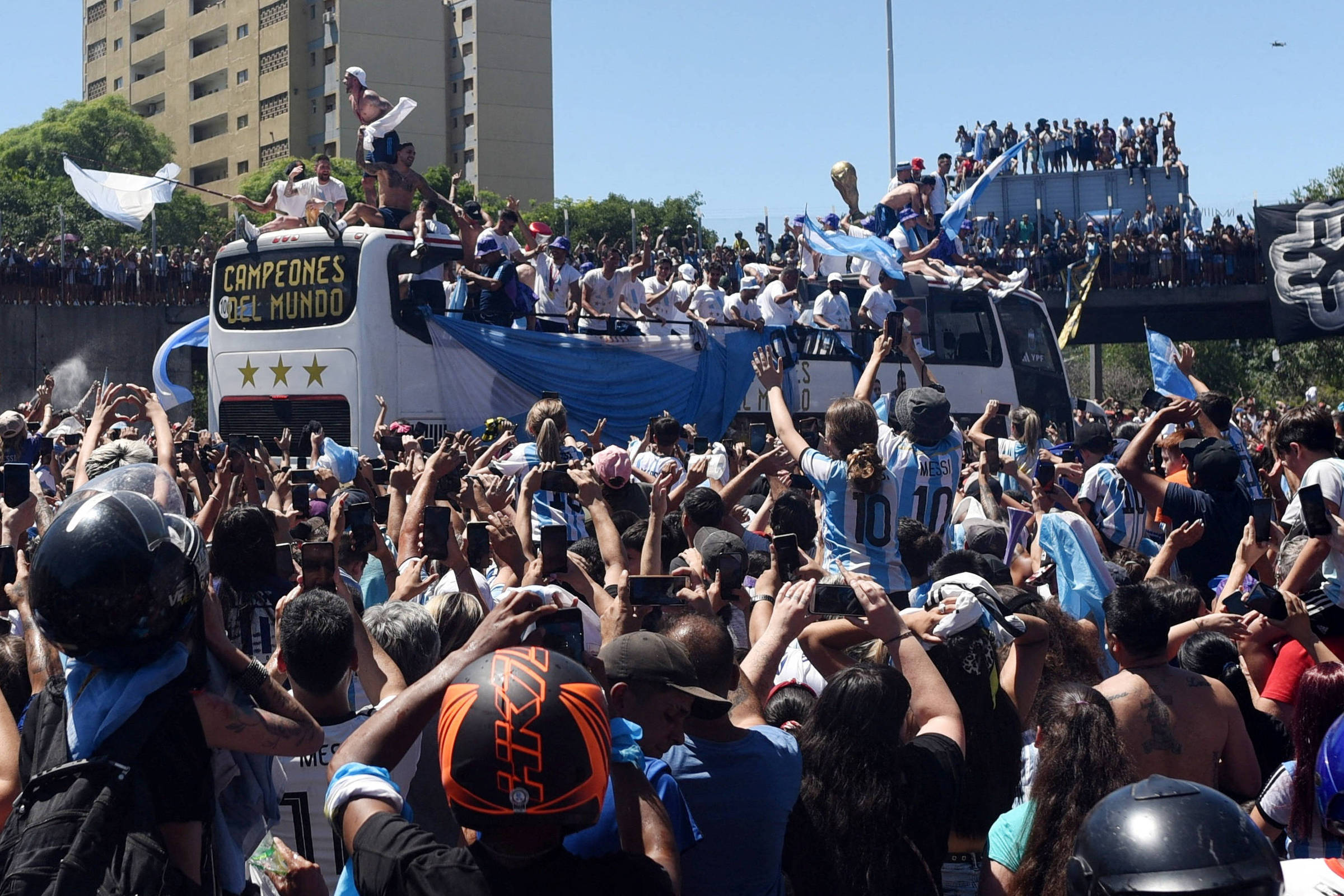 Argentina has a harsh economic reality, against the grain of the World Cup

Retired Gregorina Victorica, 86, from Buenos Aires, celebrated Argentina’s victory in the soccer World Cup, which lifted the country’s spirits and brought joy to the population hit hard by rising prices and economic hardship.

Despite the glow of victory in a dramatic final against France, however, the reality is sobering, with inflation reaching 100%, tight capital controls, nearly 40% poverty and fears of more defaults on the horizon.

“The World Cup is an immense joy that revives us, after so long suffering from the economic crisis”, said Victorica. “But soon we will have to come to grips with reality and face the situations that overwhelm us every day.”

Argentina’s thrilling victory, the first since Diego Maradona lifted the trophy in 1986, brought millions to the streets on Tuesday to applaud the team led by star Lionel Messi. It was an outlet for frustrations with leaders who have been unable to straighten out the economy for years.

The crowd in the streets was so large and raving – with some estimates of four to five million people – that the open bus parade had to be stopped, and the players transferred to helicopters to fly over the city.

But in the hazy hangover of the victory party, Argentines are coming back to earth. The country, which is a major grain producer and was once one of the richest in the world, registered annual inflation of 92.4% in November. The base interest rate is 75%.

Money printing issues, the artificially overvalued peso and low foreign reserves are compounding. Investors worry that Economy Minister Sergio Massa, who was appointed to fix things in August, is not making enough political reforms, with an eye on a general election later next year, which the government fears it will lose.

“Massa is just trying to play it easy, he’s desperate not to make any significant adjustments before the 2023 election,” said Ted Mann, senior analyst for emerging market equities at AllianceBernstein.

“With Massa, Argentines are extraordinary delayers. They are better at that than Messi kicking balls.”

‘THE KICK WE NEED’

Some Argentines are more optimistic.

“The World Cup gives us hope and the will to believe,” said Osvaldo Hassan, 62, a businessman in Buenos Aires. “It could be the kick we need to build consensus and move the economy forward.”

World Cup victories can give a country’s economy a small boost in the coming months, helping to boost exports, according to an academic paper from the University of Surrey in the United Kingdom.

In the short term, it could also give left-wing President Alberto Fernandez a boost. Its popularity has dipped due to the impact of the Covid-19 pandemic and economic woes, despite striking a new $44 billion (R$230.6 billion) deal with the International Monetary Fund this year.

“For me, this will benefit the government for a few days, because people are distracted,” said trader Carlos Zarate, 63, adding, however, that once the summer is over “reality will hit.”

Graham Stock, senior strategist at BlueBay Asset Management, sees the potential for positive economic change to be triggered by next year’s elections, when a change of government will be at stake after the governing coalition lost badly in midterm elections last year.

Economic changes would not happen overnight, however, and they needed everyone to contribute, not just the soccer team, said primary school teacher María Belén Pereyra, 32.

“We celebrate because it represents us as a country, but this was the sacrifice of around 30 people,” she said. “For the economy to change, we all need to make an effort.”

In Santander’s action against Americanas, Justice suspends seizure of emails