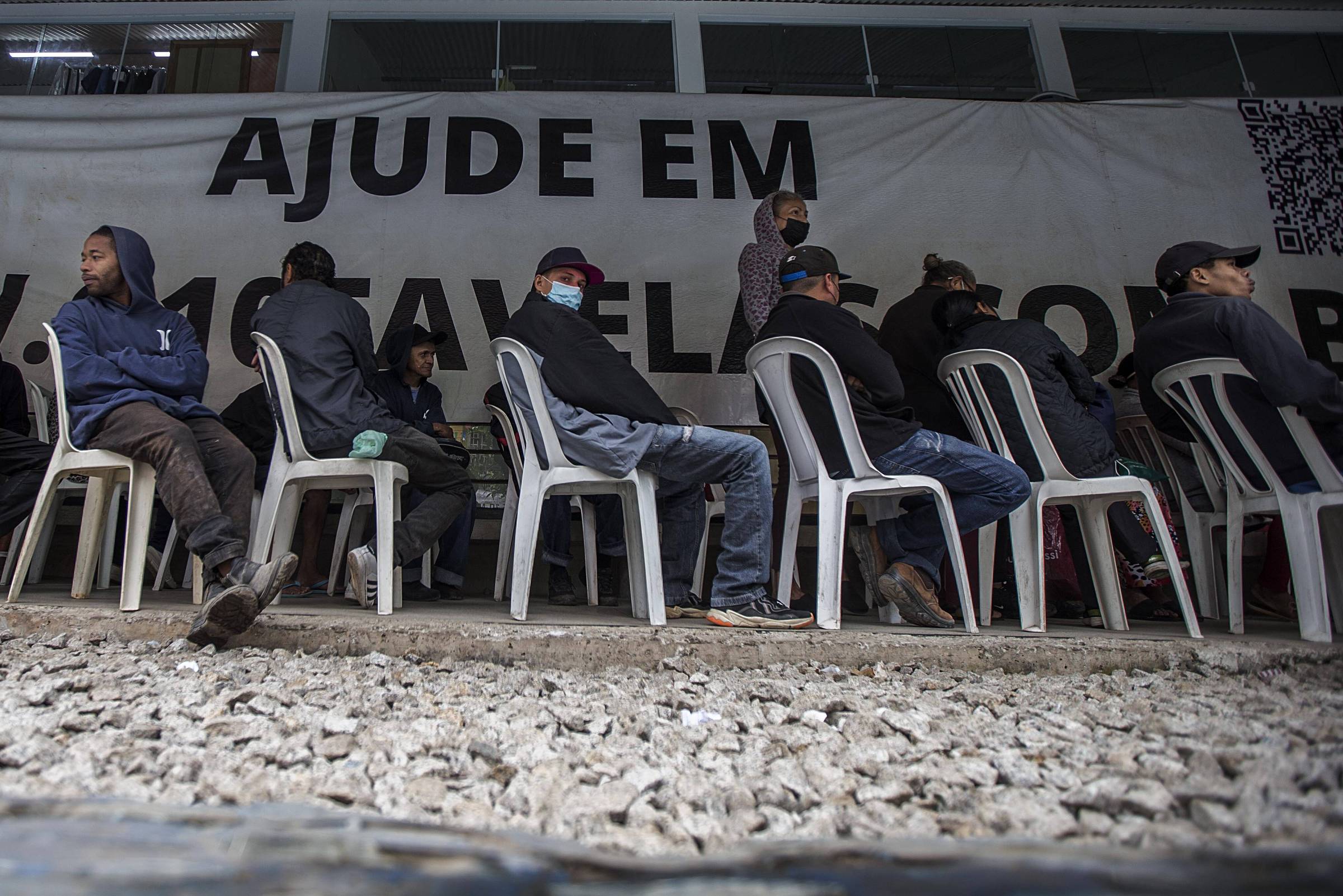 Income of the poorest resumes pre-pandemic, but remains far from the peak in the metropolises

With the advancement of labor market and the lull in inflation, the average income of the poorest 40% has returned to pre-pandemic levels in Brazil’s metropolitan regions.

Even with the improvement, achieved in the third quarter of 2022, the income of the most vulnerable is still around 22% below the peak of a historical series started in 2012.

This is what the 11th edition of the Boletim Desigualdade nas Metrópoles indicates, which gathers data from 22 metropolitan regions in the country.

The study analyzes the behavior of labor income in real terms (corrected for inflation). Resources obtained from other sources, such as social benefits, are not taken into account in the calculations.

According to the bulletin, the average household income per capita (per person) of the poorest 40% in the metropolises rose to BRL 251 in the third quarter of 2022 – it was BRL 240 in the immediately preceding three months.

With the advance between July and September of this year, the indicator was in line with the value of the first quarter of 2020 (R$ 250), which had not occurred until then.

The study considers the first quarter of 2020 as the pre-pandemic because the impacts of the health crisis on labor income only appeared more clearly from the second quarter of that year.

The bulletin is produced in a partnership involving the PUCRS Data Social research laboratory, the Observatório das Metrópoles and RedODSAL (Network of Social Debt Observatories in Latin America).

“It’s not exactly something to be celebrated, since it is still a very low income, but it is a milestone in relation to the pandemic process as a whole”, says André Salata, a researcher at PUCRS Data Social and one of the coordinators of the survey. .

In addition to living with less, the poorest 40% also lost more income in proportional terms at the onset of the health crisis.

The average per capita income of this group plummeted to BRL 164 in the third quarter of 2020, the lowest level in the series.

For those responsible for the bulletin, the recent resumption reflects the combination of at least two issues.

The first is the truce of inflation, which lost strength after tax cuts adopted by the Jair Bolsonaro government. (PL) on the eve of the presidential elections.

The second is the recovery of economic activity and the labor market amid the advance of vaccination against Covid-19.

The following year, the country began to plunge into an economic crisis that lasted until 2016. The recession was replaced in the following years by a period of low economic growth. The pandemic, starting in 2020, has complicated the picture.

This context helps to explain the income still far from the peak of the series for the poorest, according to Marcelo Ribeiro, researcher at the Observatório das Metrópoles and professor at IPPUR (Institute of Research and Urban and Regional Planning), at UFRJ (Federal University of Rio de Janeiro). January).

“There was no structural change that could leverage more robust growth”, says Ribeiro, who also coordinates the bulletin on inequality in metropolitan regions.

He points out that the continued recovery of the poorest will depend in part on the measures adopted by the elected government of Luiz Inácio Lula da Silva (PT).

“Considering that the next government has a perspective of more active action in the economy, it may have an impact on the job market.”

Sectors such as the financial market, on the other hand, have already shown concern about a possible increase in expenses in the PT administration.

Per capita household income, analyzed by the study, corresponds to work income divided by the number of people in each household.

The survey uses microdata from the Continuous PNAD (Continuous National Household Sample Survey), produced by the IBGE (Brazilian Institute of Geography and Statistics).

In the third quarter of 2022, the middle class also had an improvement in labor income in the metropolises, signals the bulletin.

According to the researchers, this group felt less the arrival of the pandemic, because their gains had a less intense loss than that of the poorest in proportional terms.

Even so, the middle 50% only managed to reach the pre-crisis level between July and September of this year.

The group described by the bulletin as the richest 10% in the metropolises had an estimated income from work of BRL 7,475 in the third quarter of 2022.

The yield of this layer has also shown improvement in recent months, but is 6.6% below the pre-pandemic period. Income was BRL 7,999 in the first quarter of 2020.

According to the researchers, inflation reduced the earnings of the richest, who are still trying to return to pre-crisis wage levels.

They received, on average, about 30 times the earnings of the poorest 40% in metropolitan areas between July and September. Inequality has even been greater throughout the health crisis.

In the general average, per capita income from work in the metropolis rose to R$ 1,575 in the third quarter of this year, above the R$ 1,513 of the immediately previous three months. The indicator, however, remains below the pre-crisis level (R$ 1,618).

With the promise of combating poverty in 2023, the new Lula government is betting on income transfers with the maintenance of the Brazil Aid of R$600 and an additional R$150 per child up to six years old. The benefit should be called Bolsa Familia again.

Salata considers it necessary to maintain aid to tackle extreme poverty, but sees room for improvement.

The first adjustment, he says, would come from improving focus. That is, the suggestion is to adapt the benefit to the profile and different needs of the families served.

Another fundamental point, evaluates the researcher, is to seek the financial sustainability of the benefit over the years.

He recalls that the interruption of emergency aid hit the poor population in full at the beginning of 2021 – the initiative was resumed in the sequence with reduced values ​​and public.

“It is necessary to guarantee that the social program will reach those who need it. It is an important challenge for the next government.”

Facebook
Twitter
Pinterest
WhatsApp
Previous article
About 10 amateur skiers were buried by an avalanche in Austria
Next article
Borrell: EU appalled by Taliban decisions to ban women from public life