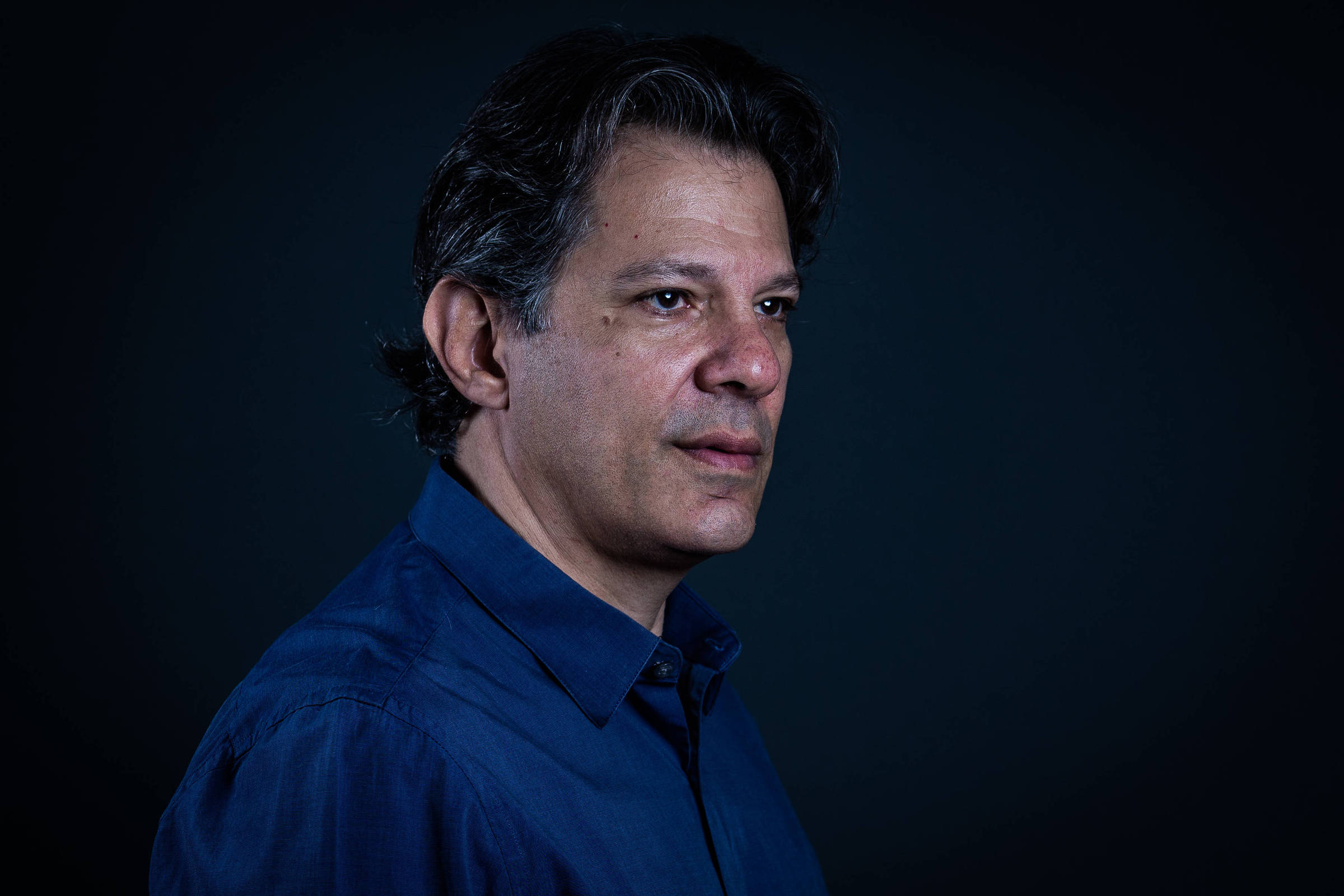 Haddad left his mark as a manager, but was targeted for mishaps and flawed dialogue

Obstinate for some, stubborn for others. The persistence of Fernando Haddad (PT) as a public manager left marks on education and on the city of São Paulo. Some were consolidated after initial criticism, such as Prouni and open streets for pedestrians. Others, such as the reformulation of Fies and the black taxi, proved to be problematic.

In Brasilia, with an explosion of resources to invest in the midst of GDP growth and the share of the budget allocated to the MEC.

In the capital of São Paulo, with a shortage after the 2013 protests and the fall in federal transfers amid the political and economic crisis of the Dilma Rousseff (PT) government.

Despite the difference, some characteristics remained constant.

Both at MEC and at City Hall, Haddad sought to obtain space in the budget by increasing revenue from existing sources and saving on current contracts.

Along these lines, during his time in the federal government, he promoted measures to increase the collection of education allowances and overthrow the DRU (Unlinking of Federal Revenues) for education, a measure that allowed the government to use up to 20% of mandatory expenses as it wished.

The mechanism later went back into effect during the Michel Temer (MDB) government and was renewed last week by Congress, with the consent of the elected government.

With Prouni, which he designed in partnership with his wife, Ana Estela, Haddad managed to bring to education, through tax exemption, resources that, if paid, would go to the government’s general treasury.

The program deducts part of the taxes owed by educational institutions in exchange for scholarships.
Between fiscal responsibility and Fies

When articulating in Congress the approval of the minimum salary for teachers, a project by Cristovam Buarque, more than once Haddad expressed concern about the correction factor introduced by parliamentarians in the law, which is greater than inflation. His position was defeated, and the percentage readjustment of teachers’ salaries is still the constant target of complaints from mayors.

On the other hand, it is from the time of his tenure at the MEC that he reduced interest on Fies, the student loan program, to a rate lower than inflation. The measure was part of a package of changes to the program that included the end of the guarantor requirement.

The loan, in practice, became a subsidy. With no quality requirement, private colleges joined the program en masse, and defaults exploded in the following years.

Haddad’s allies attribute the decision to reduce Fies interest rates to a measure by the National Monetary Council, but at the time the then Minister of Education celebrated the measure as “historic”.

Recently, Haddad justified that, in his last year at the helm of MEC, in 2011, Fies financed around 150,000 students, a number foreseen in the 1998 Pluriannual Plan (FHC government) and “far short of the needs of access to education in the country” .

In the city hall, in the area of ​​finance, the PT member carried out actions to relieve the budget, but was criticized even by allies for taking too long to withdraw from the readjustment of bus fares in the midst of the 2013 protests, another result of the insistence on maintaining the plans —or stubbornness, for the critics.

With few funds due to the economic crisis, Haddad left the city with major works paralyzed, including a hospital, and many janitorial problems. The number of covered holes fell to less than half over the period, from 76,000 in 2013 to 36,000 in 2016.

“He strongly demanded the issue of the good use of public money. Right at the beginning [da gestão] there was a 20% cut in all contracts, and he followed the results a lot”, recalls Luciana Temer, who was secretary of Social Assistance during Haddad’s administration.

In addition to promoting the cut, in the first year of his tenure at City Hall, Haddad created the CGM (Controladoria Geral do Município), which discovered the mafia of inspectors, responsible for the embezzlement of more than R$ 500 million in values ​​at the time.

In the last year of his mandate, he obtained the renegotiation of the debt with the Union, which made the city’s debt balance plummet from R$ 74 billion to R$ 27.5 billion.

On November 12, 2015, the renegotiation allowed the city to obtain the so-called investment grade from the Fitch agency, a good payer seal that facilitates obtaining credit.

The agency’s note cited the debt reduction and the level of municipal spending on personnel of 40%, below the 60% allowed by the Fiscal Responsibility Law.

But the text itself already mentioned a “negative outlook” due to the previous downgrading of Brazil’s score.

Didn’t give another one. On December 16, the agency removed Brazil’s investment grade status and, six days later, did the same with the city of São Paulo and other locations in the country, arguing that, due to Brazil’s institutional characteristics, no subnational entity would be able to have a higher grade than the national.

Goals and popularity among Paulistanos and politicians

With a reduced budget and economic crisis, Haddad maintained the plan of goals presented when he took office. At the end of the government, it had fully complied with 67 out of 123 and was disapproved by 40% and approved by only 18% of the population, according to Datafolha.

The low popularity was reflected in the re-election attempt, in which he obtained only 16.7% of the votes. For the first time in the city since the institution of two shifts, the election was defined in the first round, with the victory of João Doria, then in the PSDB.

If the goals were maintained by Haddad in the city hall even after the budget dwindled, in the MEC indicators and spreadsheets also left marks in the management of the PT. After much of the left spent years criticizing federal assessments, Haddad expanded the measure to all public schools in the country, creating Prova Brasil.

Each school, municipality and state in the country has a target, with the Ideb (Basic Education Development Index).

The disclosure of these grades, as well as later the Enem averages per school, caused a stir among mayors and school owners, who feared damage to reputation with the exposure of low performance rates.

Haddad’s assistants remember the pilgrimage of politicians who went to the MEC to try to dissuade him from the idea. In the middle of the conversation, they couldn’t resist their curiosity and asked to see the grades from their state, their city, their children’s school. Disclosure was maintained.

Enem and cycle paths: own brands and criticism of the form

In the ministry, other marks of Haddad were the series of inaugurations of universities and federal technical schools and the reformulation of the Enem.

Haddad announced his intention to transform the exam into a substitute for entrance exams in a meeting with deans one evening in March 2009.

In October, copies of the test were stolen from the Plural graphic shop, the company where the Sheet had a minority stake. After the wear and tear of the postponement of the test, other failures followed, such as errors in the disclosure of templates.

Names linked to the PSDB, such as the former Secretary of Education from São Paulo Maria Helena Guimarães Castro, attributed the problems to the considered hasty way of changing the exam, which today is still the main selection process in the country.

Another of Haddad’s public policies seen as important, but with criticism for alleged violations in execution, was the expansion of bicycle lanes in São Paulo.

Although his management promoted a rapid expansion of bicycle lanes, building 400 km of them, there were poorly designed sections that generated discord.

On the occasion, councilor Antonio Donato (PT), Haddad’s former secretary, used the plenary of the Chamber to demand more quality in the projects. He said that the policy should be discussed “not only with cyclists, but with residents, traders and everyone involved, because the street is not just for cyclists”.

The dispute for the street also took place with the creation of bus lanes and the prohibition of cars on Avenida Paulista on Sundays. Despite initial criticism, the two policies were maintained and had support from the population.

The same destination did not have the black taxi, created in 2015 by the Haddad management to compete with Uber Black —the most luxurious model of the transport app.

To join the modality, taxi drivers paid R$ 60 thousand at the time for the license. Two years after the model was created, nine out of ten were in debt. The Court of Justice of São Paulo condemned the city hall to return the amounts, which will occur.

At the Ministry of Finance, in addition to ideas, Haddad will have to have the political capacity to implement them.

During his time at MEC, he had no great difficulty approving projects. The main one, in addition to the teacher’s floor and the Fundeb, was the extension of compulsory education to secondary education and pre-school – before, only elementary school was compulsory.

The proposals came from a hard core that mixed experienced people with younger names, some of whom Haddad had met in academic life.

The then executive secretary José Henrique Paim, Minister of Education in 2014, recalls that the chief also used to call academics critical of the portfolio’s policies to Brasília to hear his positions, such as the economist Claudio de Moura Castro.

Already in the prefecture, in the midst of a lean budget, the political reality was different. With a broad base, Haddad managed to approve important projects such as the Master Plan and the Zoning Law, but he did not escape tension with councilors who complained of not being attended to, in a scenario in which political articulation sometimes ended up outsourced.

Throughout the administration, Haddad surrounded himself with a group of academics, technicians and close people, who did not participate in the party’s daily life. Because he listened more to this core than to the acronym, he was a constant target of friendly fire from the PT.