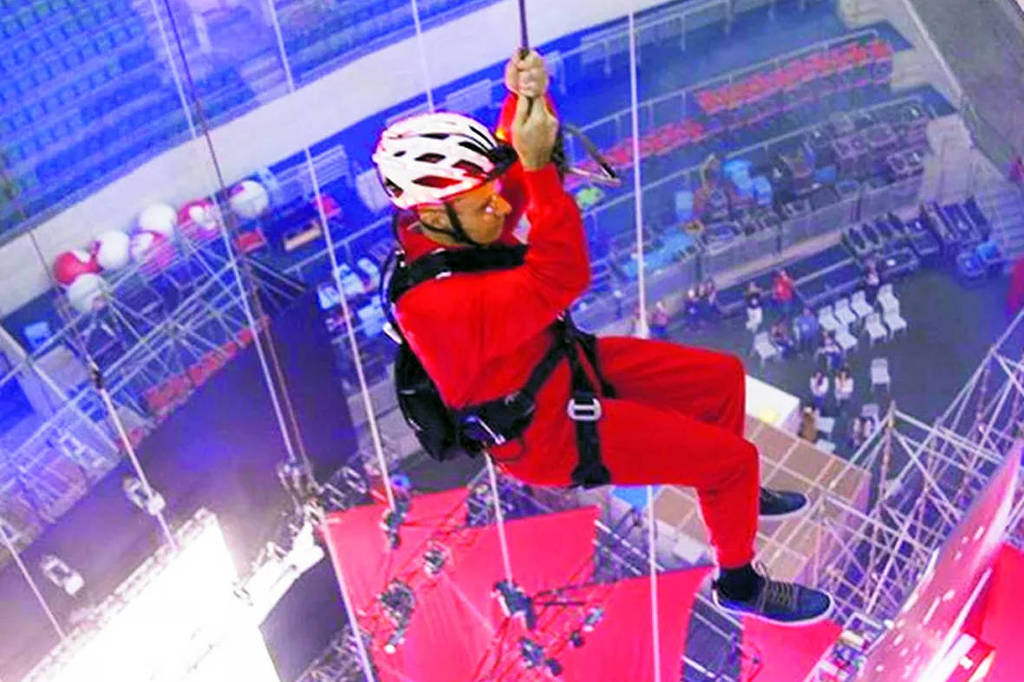 Americanas is the real impossible mission of Sergio Rial

At the end of 2017, the theme of “Missão Impossível” rocked an apotheotic performance by Sergio Rial, a lawyer and specialist in economics who was president of Santander Brasil that year, and rappelled down to the stage set up at Allianz Parque, in São Paulo, to applause from an arena packed with bank employees. The institution was about to celebrate the unprecedented mark of BRL 10 billion in annual profit.

But the title of the action movie has never been more appropriate than at this stage of the executive’s career, who has just resigned from the presidency of Americanas SA and informed the market of another unprecedented number, in relation to which there is nothing to celebrate: an accounting shortfall of R$ 20 billion on Americanas’ balance sheet.

Being a spokesperson for such a scandal is no trivial task, but mission impossible is still ongoing. At the same time that he announced his departure from the command of the company, the former banker presented himself as advisor to the “reference shareholders” of Americanas – namely the founders of 3G Capital, the trio of billionaires Jorge Paulo Lemann, Marcel Telles and Carlos Alberto Sicupira.

Its mission, as it would later say in a video recorded for investors, would be to support “the conduct of work” in search of a “structured solution for the company”, which this Friday (13) obtained emergency protection against charges in court.

“The question that remains is… Did Rial already know?”, asks investor Pedro Menin, founding partner of Quantzed and QTZ Investimentos, in social media post which raises several questions about the accounting scandal.

According to sources heard by the Sheetthere is little doubt that Sergio Rial was handpicked for the thorny task of putting out a fire in Americanas, which was already showing signs of smoke at least since last year, when the 62-year-old from Rio de Janeiro was celebrated as the company’s new president.

In the opinion of André Pimentel, a partner at the consultancy Performa Partners, the hiring of Rial, a “banker” and not a “retailer”, already indicates a strategy for Americanas to deal with a crisis situation, including communication with the market and lack of credibility that the company must face from now on.

“If the credibility crisis grows exponentially and impacts suppliers (who would be reluctant to continue selling to Americanas) and, worse, affects consumers, who might be afraid to buy and not receive the products, then the crisis would be total”, says Pimentel , who worked on the restructuring of Americanas in the late 1990s, when he was at Galeazzi & Associados and, before that, worked at PwC, the current auditor of Americanas.

The partner of a career consultancy, heard by Sheet on condition of anonymity, he says that executives of the size of Rial do not accept the invitation to command a company without knowing exactly where they are stepping.

Discovering in nine days an accounting scandal of this magnitude, which has been going on for at least seven years, is hardly credible, she says.

Hiring the CEO of a large company is often a slow, careful transition, he says. When dealing with someone as experienced as Rial, from the financial market, he says, it is natural that he would want to know the numbers before making any move – which includes knowing what happens to the stocks.

The specialist recalls that Americanas executives sold nearly R$ 212 million in company shares during the second half of last year, according to information to the market by Americanas itself, which became public after the scandal.

“If you believe in the company so much, why did you resign?”

According to her, top-ranking executives prepare a lot before taking the decision to assume a new position and inform themselves about the “liabilities” (civil responsibilities of the position).

This is because Brazilian legislation establishes that executives are personally responsible for acts and omissions related to the company’s management, and may respond with their own assets.

Perhaps this is the reason why Sergio Rial, if he knew about the Americanas accounting scandal, agreed to take over the company, but not remain in the chair of president.

The partner of a management consultancy, with extensive experience in retail, says she finds it “obvious” that Rial was called to take over the position already aware of the problems in the balance sheet.

For her, it is very likely that Rial will be responsible for carrying out the entire debt restructuring, which the company says can now reach R$ 40 billion, if creditors anticipate collections.

At the same time, reminds a source from the retail sector, successful executives may like to take on challenges capable of making their resume more starry. But that doesn’t include seeing one of the country’s biggest retailers go bankrupt.

In a presentation to investors at BTG’s headquarters, on the 12th (the date on which he also recorded a video to comment on his departure from the presidency), Rial said a few times that he had “no legal obligation” to be there making clarifications. In the video, he himself repeats the question he is often asked:

“Wow, Sergio, if you believe in the company, then why did you decide to resign?”

And gives the answer: “I think the size of what needs to be done was not necessarily what I wanted at first, which was to go to Americanas and embark on a very large growth project”, he replied.

“Obviously, in the next few quarters, we’re going to keep selling, keep doing what needs to be done, but a lot has to happen in terms of the equity structure.”

The career consultant heard by the Sheet asks where are the president and director of investor relations of the company who occupied these positions before Rial took office, who have not yet come to the public to comment. Both roles were held until December 31, 2022 by Miguel Gutierrez, who led Americanas for the last 20 years.

Company managed to prevent BTG from collecting debt in court

This Friday (13), Rial had tough negotiations with Americanas creditor banks which, according to the Sheetwere outraged by the unwillingness of the retailer’s major shareholders to announce a robust capitalization in the company.

BTG Pactual brought Rial to provide clarification to investors at the bank’s headquarters on Thursday (12), in an initially private and very popular event. On Friday, he tried to anticipate R$ 1.9 billion to be received from the company, precipitating Americanas’ request for protection.

The retailer quickly pulled out the resource it had at hand: it filed on Friday night (13) with a request for urgent precautionary injunctions with the 4th Business Court of Rio de Janeiro. With this, the company manages to prevent its assets from being blocked at the request of creditors.

In practice, the measure grants Americanas a breather to study a request for judicial recovery, an initiative that can be taken within 30 days, according to the decision of the Court.

The company states, however, that “it remains committed to maintaining positive conversations with its creditors with a view to reaching an agreement that is beneficial to all its stakeholders”, and that “urgent relief does not represent a recovery procedure.”

At the moment, tempers between Americanas and creditors are very heated. “One of the big risks is the interruption of the line of financing to suppliers, provided today by the banks. I hope that the banks have a balanced posture and allow the current management to find a path that works for everyone. Despite the first shock of displeasure”, said Rial, in the video aimed at investors.

“I ask for patience.”

For analysts interviewed by Sheetthe reference shareholders of Americanas, the trio at the head of 3G Capital, believed that, if the request for patience came from a banker, the creditors would be more willing to comply.

The most recent acts of the crisis still do not allow us to say whether they were right.

Facebook
Twitter
Pinterest
WhatsApp
Previous article
€4m worth of assets seized from ‘toxic’ influencer, Andrew Tate
Next article
Dendias: We formulated a national strategy to preemptively prevent the implementation of the revised standard