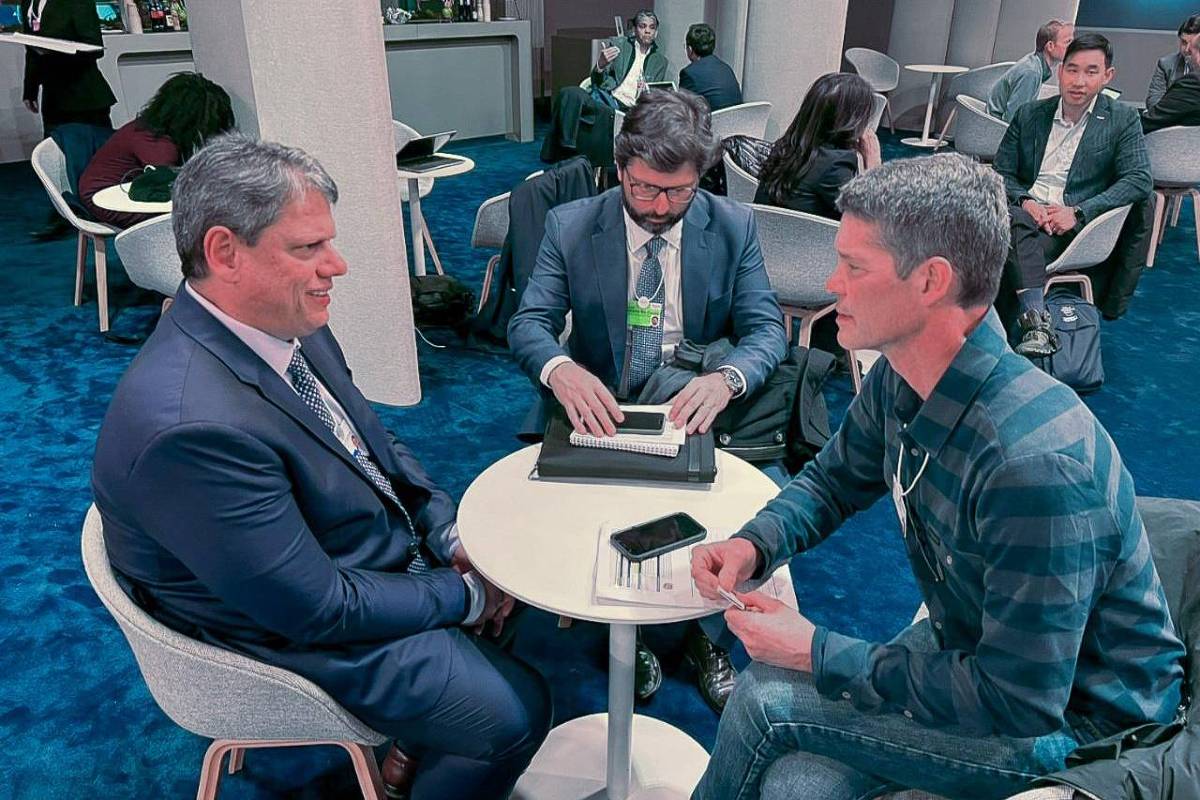 They discussed a partnership so that students from the state government’s technical schools can receive training in areas related to technology. The goal is for these young people to be hired by the company.

São Paulo is currently home to one of Amazon’s most important datacenters, which is the physical facility where the company’s digital data is stored. In addition to the space, there is a distribution center for the retailer in Cajamar, in Greater São Paulo.

The governor’s meeting with the Amazon representative took place during the World Economic Forum.

Singer Zeca Pagodinho received presenter Serginho Groisman at the inauguration of the new Bar do Zeca Pagodinho unit, at Neo Química Arena, in Itaquera, in the city of São Paulo. The event, held on Monday night (16), featured singers Salgadinho, Mumuzinho and Xande de Pilares. Former president of Corinthians Andrés Sanchez was there.