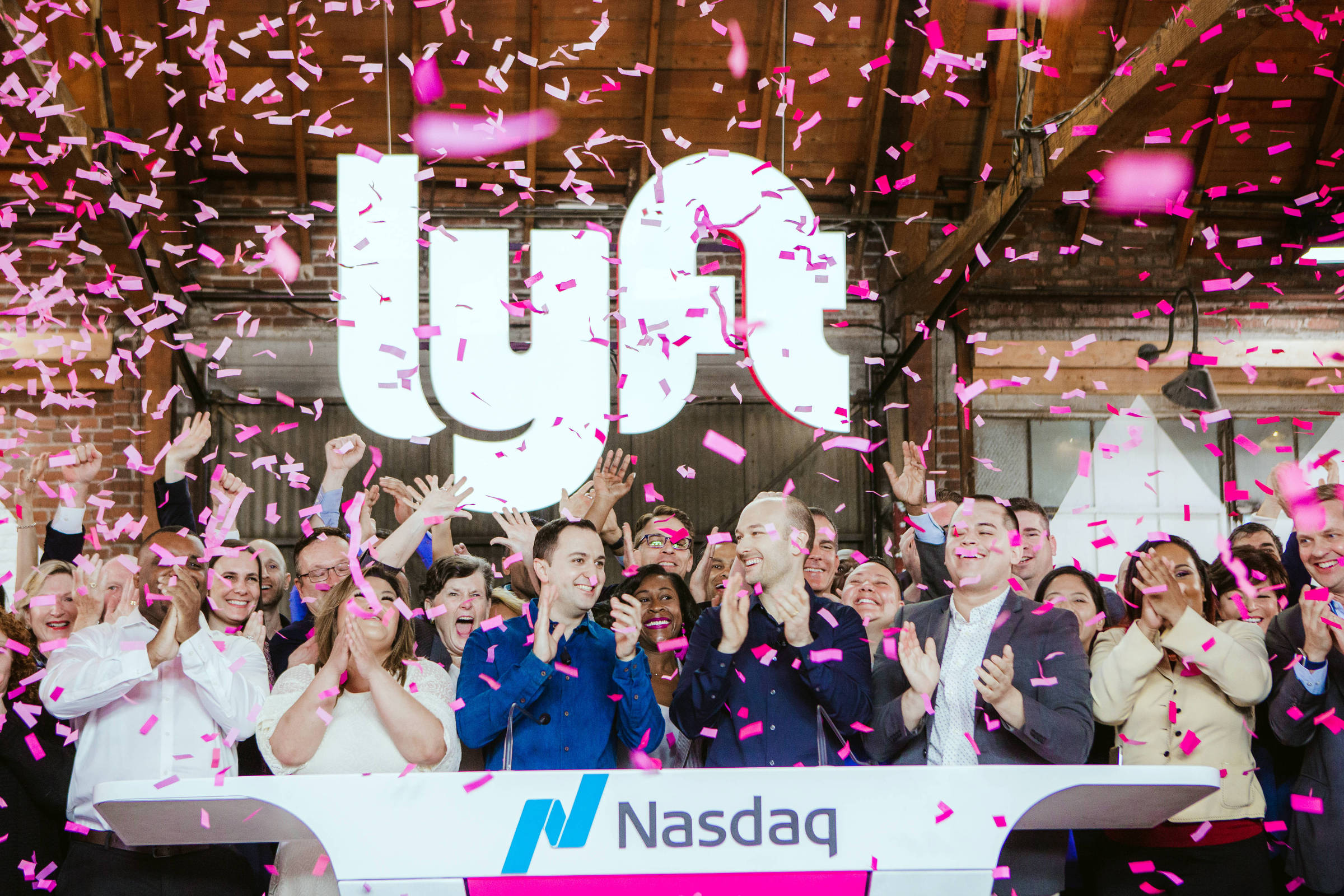 Layoffs at big techs shock young professionals, but older ones, not so much

When Lyft laid off 13% of its employees in November, Kelly Chang was shocked to find herself among the 700 people who lost their jobs at the San Francisco-based ride-hailing company.

“It seemed like technology companies had so many opportunities,” said Chang, 26. “If you got a job, you were done. It was a sustainable path.”

Brian Pulliam, on the other hand, was unfazed by the news that cryptocurrency exchange Coinbase was cutting his job. Since the 48-year-old engineer was laid off from his first job at video game company Atari in 2003, he said he asked himself once a year: “If I were fired, what would I do?”

The contrast between Chang and Pulliam’s reactions to their respective professional disappointments speaks to a generational divide that is becoming clearer as the tech industry, which has expanded rapidly during the pandemic, is heading towards mass layoffs.

Microsoft said this week it plans to cut 10,000 jobs, or about 5% of its workforce. And on Friday morning (20) Alphabet, Google’s parent, said it intends to cut 12,000 jobs, or about 6% of total workers. These cuts come alongside massive layoffs at other tech companies like Meta, Amazon and Salesforce.

Millennials and Gen Z, born between 1981 and 2012, launched careers in technology during a boom decade, when jobs multiplied as fast as iPhone sales. The companies they entered were conquering the world and defying economic rules. And when they went to work for companies that offered bus rides to the office and perks like free food and laundry, they weren’t just taking a new job; they were assuming a lifestyle. Few had experienced widespread layoffs.

The baby boomers and Gen Xers born between 1946 and 1980, on the other hand, experienced the biggest contraction the industry has ever seen. The dot-com crash of the early 2000s eliminated more than 1 million jobs, emptying Silicon Valley’s Highway 101 of users as many businesses closed overnight.

“It was a bloodbath, and it lasted for years,” said Jason DeMorrow, a software engineer who was fired twice in 18 months and was out of work for more than six months. “As troubling as the current crisis is and as much as I empathize with those affected, there is no comparison.”

The generational divide in the tech industry represents a broader phenomenon. A person’s year of birth greatly influences their views on work and money. Early personal experiences strongly determine a person’s appetite for financial risk, according to a 2011 study by economists Ulrike Malmendier of the University of California at Berkeley and Stefan Nagel of the University of Chicago.

The study, which analyzed the Federal Reserve Consumer Finance Survey from 1960 to 2007, found that people who came of age in the 1970s, when the stock market stagnated, were reluctant to invest in the early 1980s, when it shot. This trend reversed in the 1990s.

“Once you have your first accident, things change,” Nagel said. “You realize that bad things happen and maybe you should be a little more cautious.”

For Gen Xers, the dot-com meltdown came early in their careers. From 2001 to 2005, the technology sector laid off a quarter of workers, according to an analysis of data from the Bureau of Labor Statistics at CompTIA, a technology research and education organization.

The layoffs that swept the sector were worse than the recession of the early 1990s, when total tech jobs fell by 5%, and the global financial crisis that followed in 2008, when the workforce contracted 6 %.

In 2011, the tech sector began a hiring boom that would last a decade. It has added on average more than 100,000 jobs annually, and by 2021 it has regained all the jobs lost when the dot-com bubble burst.

Job numbers represent software, hardware, technology services and telecommunications companies including Apple, Meta, Nvidia, Salesforce and others. But they may exclude some technology-related companies, such as Airbnb, Lyft and Uber, due to ambiguity about the labor market in government reports, which classify some companies as consumer services, said Tim Herbert, director of research at CompTIA.

The biggest increases in tech jobs came after the start of the pandemic, as companies rushed to meet rising demand. In 2022, the industry created nearly 260,000 jobs, according to CompTIA, the most jobs created in a single year since 2000.

The rise in tech jobs continued last year, even as major layoffs began, although it’s unclear whether that trend has carried over into this year. New job opportunities have contributed to nearly 80% of laid-off tech workers saying they found a new job within three months, according to a survey by ZipRecruiter.

Last fall, David Hayden, a program manager with a doctorate in physics, learned from his manager that he was going to be fired from semiconductor company nLight. Worried about his daughter’s college tuition, he immediately reached out to recruiters to arrange interviews. In December, a month after he was fired, he took a new role at Lattice Semiconductor.

In every interview, Hayden, 56, said he had been fired. His experience during the dot-com crisis, when he avoided layoffs even as talented colleagues were let go, taught him that cuts are not always rational.

“The embarrassment of being fired is gone,” Hayden said. “Companies know that a lot of good people are being laid off right now.”

Erin Sumner, a software recruiter at Meta, Facebook’s parent company, used to brag to potential hires that the company was the fastest to reach a market value of $1 trillion. She said it highlighted the company’s strengths, even last year when its share price plummeted and its core business, digital advertising, struggled.

When rumors of layoffs began circulating last year, she assured colleagues that their jobs were safe, pointing to the more than $40 billion in cash the company had in the bank. But in November, she herself was among 11,000 workers laid off.

“It was harrowing,” said Sumner, 32. She got a new job as head recruiter for a startup called DeleteMe, which aims to remove customer information from search engine results. But he said he cringes every time he reads about more tech layoffs.

“I fear the situation will get worse before it gets better,” Sumner said. “There’s no guarantee. I got fired by the safest company in the world.”

A similar reversal of fortunes has challenged companies that sell software services. Shares in industry leader Salesforce fell nearly 50% last year as sales growth slowed. The company splurged during the pandemic, spending $28 billion to buy Slack Technologies and growing its headcount from 49,000 to 80,000 in two years.

During an all-hands meeting last week to discuss the company’s decision to lay off 10% of its employees, Marc Benioff, CEO of Salesforce, tried to empathize with his disaffected team by putting the cuts in context.

“I went through a lot of tough times at this company. Every loss reminds me of another loss,” he said, according to a recording heard by The New York Times. “Obviously, we’re talking about a broad layoff. I think about the employees who died. I think about the people we lost that we didn’t want to lose.”

Asked what advice he would give to employees who were worried about the company’s situation and new layoffs, Benioff suggested “gratitude”.

Facebook
Twitter
Pinterest
WhatsApp
Previous article
Petsas on SKAI: The issue with the dead girl in Evros is fabricated – Mr. Tsipras should apologize for uncritically adopting it
Next article
Panathinaikos-PAOK: The “greens” for the reaction, for PAOK to take advantage of its momentum