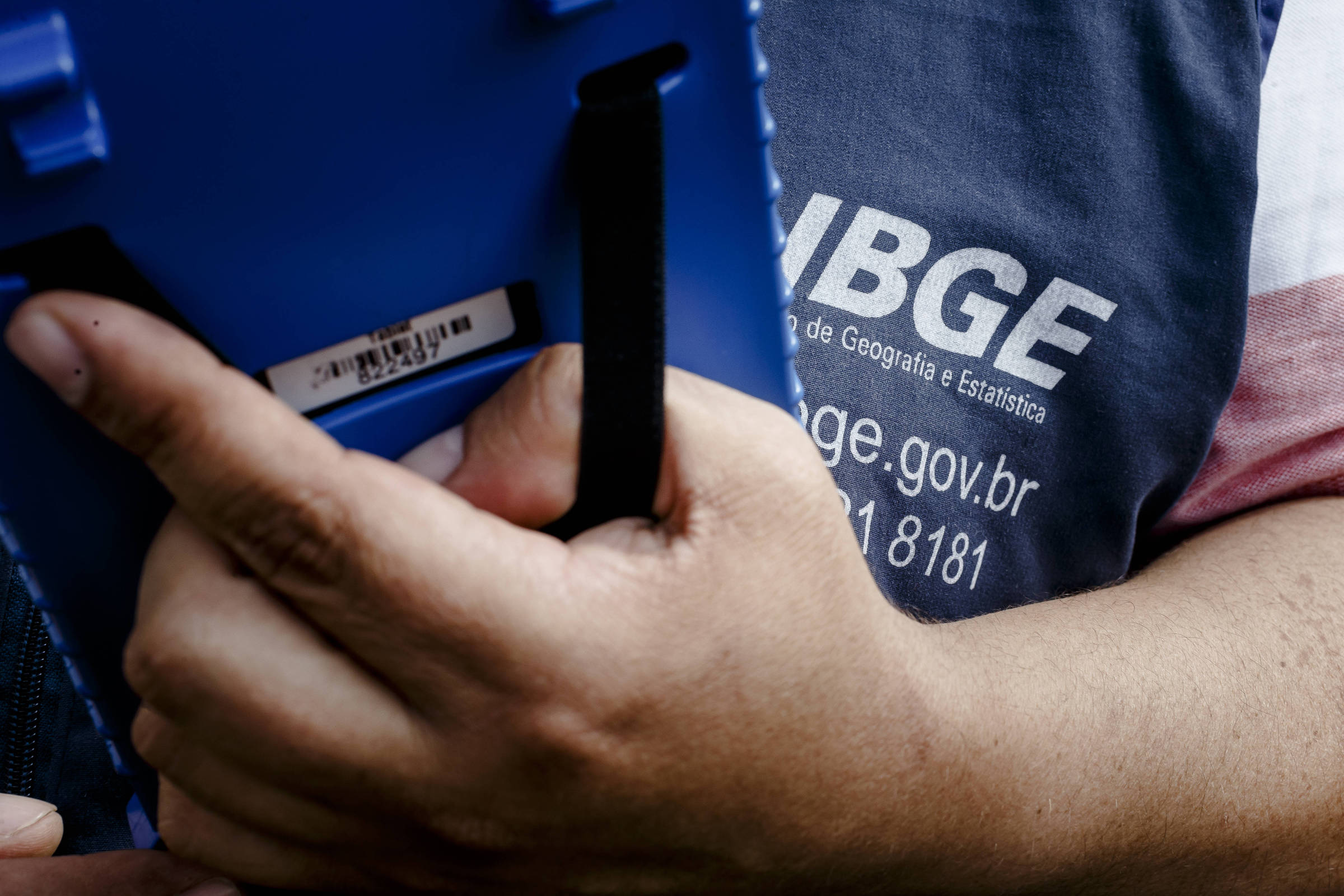 The IBGE (Brazilian Institute of Geography and Statistics) responded this Tuesday (24) to criticisms of the conduct of the 2022 Demographic Census and stated that the survey is being carried out in a “transparent way“.

Started in August last year, the collection of the survey faces delays and has not yet been fully completed. The delay ended up raising disputes about the quality of the statistics.

“The IBGE is carrying out the 2022 Population Census in a transparent manner, with various control mechanisms, rigorously following all the necessary steps and ensuring quality in all phases of the operation”, said the Board of Directors of the body.

“By January 24, 2023, around 89 million households had been visited and 184 million people had been registered,” he added.

The disclosure of the statement occurs after the Sheet publish this Tuesday an interview with researcher Roberto Olinto, former president of IBGE. The institute’s note does not mention Olinto’s name.

THE Sheet the former president assessed that the Census data “are not reliable” in view of the problems that surrounded the survey, including the delay in collection and the cut in funding. He advocated an audit of statistics.

Without completing the work, the IBGE published a preview of the Census at the end of December, which calculated the Brazilian population at 207.8 million.

The institute made the disclosure due to the need to forward population data to the TCU (Union Court of Auditors). The transfer is necessary for the calculations of the FPM (Municipal Participation Fund), source of funds for city halls.

The methodology used, however, was challenged in court by municipalities that lost population with partial statistics and, consequently, fund revenues.

“The quality of coverage of a Census is monitored during the operation, through indicators of the supervision system and modern geotechnology tools, unprecedented in the Census, in addition to returning to the field for verification in loco”, stated the IBGE.

The institute also said that “all criticisms published by the press have already been dealt with and discussed in collective and individual interviews promoted by the IBGE itself, always committed to guaranteeing maximum institutional transparency”.

The last completed Census was in 2010. The new edition was initially scheduled for 2020, but was postponed due to the restrictions of the Covid-19 pandemic.

There was a further postponement in 2021 due to the cut in resources in the Jair Bolsonaro (PL) government.

Collection only started in August 2022, and IBGE planned to complete this stage in three months, until October. The operation, however, already extends for almost six months.

During the collection, IBGE faced difficulties in hiring and keeping census takers in the field.

Part of the category, which operates on a temporary basis, complained about delays in payments and remuneration below the expected level. There were withdrawals and strike threats.

Assibge, which represents the institute’s employees, seeks to dialogue with the federal government in favor of what it calls the “reconstruction” of the agency.

In the view of the union, the successive budget cuts and the reduction in the number of employees threaten IBGE’s activities.

The reduction reflects the retirement of civil servants and the lack of contests to replace the staff, evaluates Bruno Perez, director of the national executive of Assibge.

The smaller team, says Perez, also hampered the progress of the Census, because hiring temporary employees increases the internal workload, in areas such as human resources, which deals with paying professionals. At the start of the survey, the Census had about 180,000 vacancies open to census takers.

“It is necessary to rebuild in this sense. I don’t know anyone who thinks that it is not necessary to hold new competitions. We are hopeful, but we know that there are fiscal constraints”, reports Perez.

In 2023, excluding funds for the completion of the Census, the forecast budget for the IBGE is BRL 2.4 billion, around 25% less than in 2014, in real terms (discounting inflation), according to Assibge.

Change in command of IBGE

The institute is trying to advance in the Census under the interim presidency of Cimar Azeredo, director of research at the agency. Economist Eduardo Rios Neto was exonerated as president in early January.

In the government of Luiz Inácio Lula da Silva (PT), the IBGE is under the umbrella of the Ministry of Planning, commanded by Simone Tebet.

The minister has not yet announced who will head the institute. One of the possibilities, she found out Sheetis the permanence of Azeredo in the interim position until the conclusion of the Census, scheduled for the first quarter of this year.

Planning evaluates the matter and still does not have an official position.