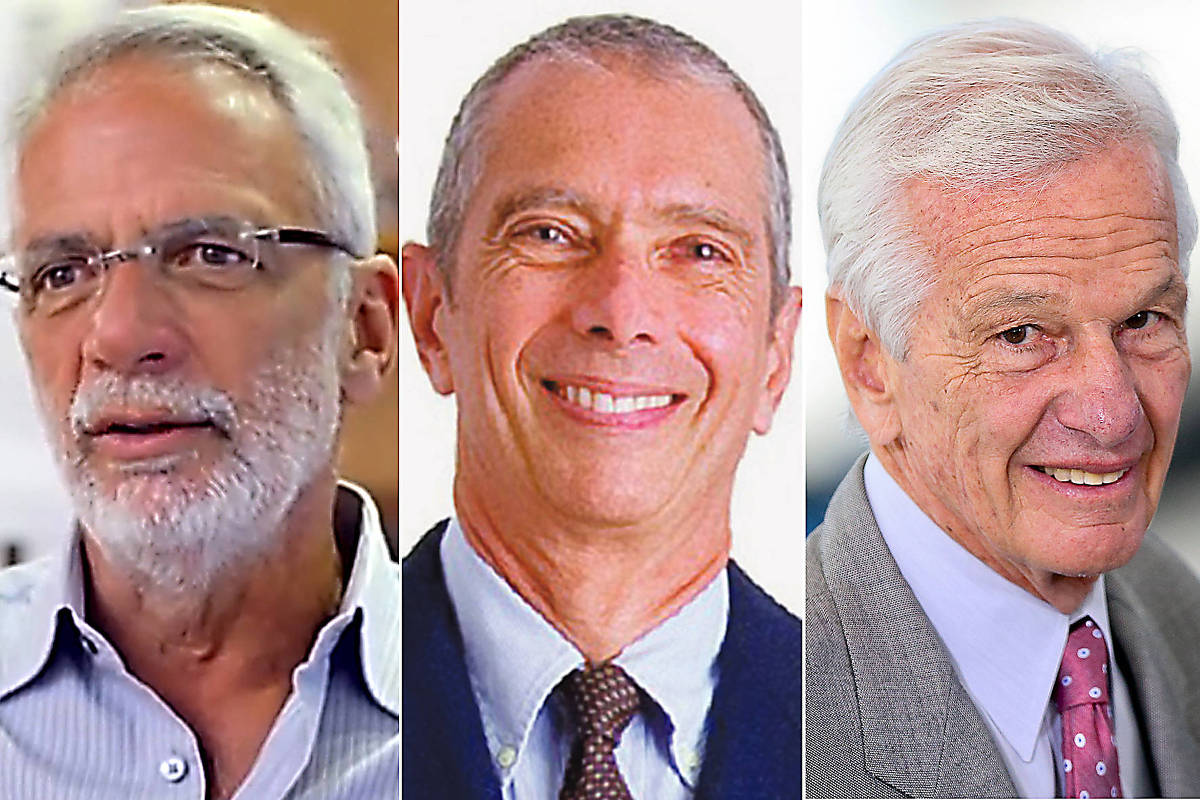 After BTG Pactual and Votorantim foreclosed on Americanas’ debts, leading the company to file for bankruptcy, large banks now want to oblige the trio of shareholders —billionaires Jorge Paulo Lemann, Beto Sicupira and Marcel Telles— to reimburse them with their personal assets .

The onslaught is led by Bradesco, Safra and Santander, which filed lawsuits for the production of evidence this week. With this, they want to attest that there was fraud in the management of the retail giant, which would pave the way for the collection of debts from the three, other shareholders and even administrators.

This path is possible by disregarding the legal entity —an exceptional mechanism, provided for by law, which consists of ignoring the company’s patrimonial autonomy, in the event of abusive or fraudulent conduct, so that its shareholders pay for losses with their own assets.

In Bradesco’s action, the bank even requests that the Justice immediately authorize, by means of an injunction, the search and seizure of all the institutional e-mail boxes of the directors, members of the Board of Directors and of the Audit Committee, of the employees of the accounting and finance areas—both current and those who have held these positions over the last ten years.

It also requests that the backups [documentos arquivados] be stored by the Justice, “in order to preserve the evidence to be the object of the investigative expertise that is requested here to verify the details of the fraud”, according to the text of the petition.

“Without wanting to give in to the temptation to anticipate conclusions, which will only come with the granting of the relief postulated in this petition, the plaintiff [Bradesco] begs permission to point out that, even though Americanas has ‘just discovered’ a billionaire mismatch in its accounting, in the very same ten years in which such accounting mistakes were made, its shareholders distributed almost R$ 1.8 billion in dividends, while its administrators (the same ones who prepared the company’s financial statements and whose salaries were sometimes linked to the retailer’s results) received more than R$ 700 million in payments”, says the bank in the action.

The offensive was defined by the banks in view of the company’s recent strategy of pointing out the alleged connivance of financial institutions with the case of “accounting pedaling” that are at the root of the retailer’s crisis.

Behind the scenes, lawyers and auditors involved in the internal investigation of Americanas claim that there is evidence that the banks hid from PwC —the company responsible for checking the retailer’s balance sheets— operations that would allow discovering debts of R$ 20 billion not recorded on the balance sheet.

Once a year, PwC sends a circularization letter to banks. The procedure is standard. THE Sheet had access to the questionnaire, sent by the audit firm in December 2022 and 2021 to nine banks — BTG Pactual, Itaú Unibanco, Bradesco, Santander, Banco do Brasil, Safra, Votorantim, Daycoval and ABCBrasil— with which the company has an agreement for operations of drawn risk, which are at the root of the accounting scandal.

Withdrawal risk is a type of credit in which a supplier sells his merchandise in installments to the retailer and, in possession of this purchase and sale agreement, manages to anticipate the receipt of the amount from a bank, through a discount in the amount; the bank then receives the sum from the retailer and charges interest on the operation.

An example: a supplier that sold R$100,000 in pans to Americanas received R$90,000 from the bank, which made the payment on time. The difference of R$ 10 thousand was interest charged for the advance.

In cases like this, immediately after the transaction, the bank enters Americanas’ digital (online) system and registers that the payment (of R$ 100,000) must be made to the bank, and no longer to the supplier – who sold your credit (called advance of receivables).

In the letters to which Sheet had access, the auditors ask the balance of the credit account with the banks and of all other accounts opened. They asked for details of any investment operations (financial investments), loans of all kinds, guarantees, exchange operations and even custody.

Whoever participates in the investigation at the retailer says that, in the answers, the banks would not have informed the risk operations drawn. There is, however, no specific question about the risk drawn in the letter sent to the banks.

To the Central Bank, however, the financial institutions involved would have informed the total exposure —including the drawn risk—, still according to reports.

The banks claim that they would not need to report any type of information to PwC because, as the company responsible for the audit, it could have direct access to the Central Bank system in which these credit operations made with Americanas are registered. The company could not deny access.

For the banks, the simple fact that they asked for circularization would already demonstrate suspicion of the audit in relation to the company’s numbers.

In its announcement to the market, when the scandal came to light, Americanas reported “accounting inconsistencies” found in its balance sheets, referring to these risk-drawn operations, also called forfait.

The banks consider that the aforementioned “inconsistencies” were the result of accounting fraud. The assumption is supported by the information given by the company itself to the market that it only had R$ 5 billion in operations with suppliers.

The company also reported maintaining a “supplier reduction account”. In the assessment of the banks, this account may have been the trigger for the fraud.

For them, Americanas would have improperly taken advantage of the interest charged by the suppliers’ banks (in advance of payment) and later entered this interest in the “reducing account” as a discount granted by the supplier on the purchase price of the goods.

The R$10,000 difference in the purchase of pans, for example, could have been improperly incorporated into Americanas’ balance sheet as a discount given by the supplier to the goods –which would explain the appearance of R$20 billion in “accounting inconsistencies” over the course of almost a decade.

For the banks, the company kept R$ 20 billion in debt off the balance sheet, which has now been incorporated. If this suspicion is confirmed by expertise authorized by the Court, they may have evidence that there was fraud – which opens the way for them to ask for compensation directly from the trio of billionaire founders of the company, today reference shareholders, with a 31% stake.

This Sunday (22), Lemann, Sicupira and Telles released a statement in which they claim to be unaware of the accounting flaws. They said they were victims, like the other shareholders of the company, and committed themselves to Americanas’ recovery process.

THE Sheet searched all the banks that have an agreement with Americanas.

Through its advisory, Itaú Unibanco said that the preparation and approval of the company’s financial statements are the sole and exclusive responsibility of management, including its directors and board, and without any influence from banks or other creditors.

“The attempt to attribute to the banks any responsibility for the company’s irregular accounting practices is frivolous,” he said, in a note.

Itaú Unibanco says that the circularization letters are just one instrument, among many, that support the audit in the work of verifying the information provided by management, and that they were answered in accordance with the best market practices.

The bank also claims that the balances of operations [de crédito] were always reported in the Central Risk System, maintained by the Central Bank.

Via advisory, Bradesco also said that responsibility for the balance sheet rests with Americanas, including its board of directors.

“We do not agree with allegations that seek to create narratives to attribute to the banks any responsibility for the company’s irregular accounting practices and, thus, divert attention from the central problem, that is, the lack of consistency of the numbers of the financial statements and the responsibilities of their leaders about this fact.”

About the process of producing proofs in progress, Bradesco declined to comment.

When contacted, BTG Pactual, Santander, Banco do Brasil, Votorantim (BV) and Daycoval declined to comment due to the secrecy of the operations. Safra and ABC Brasil did not respond until the publication of this report.

The Central Bank does not comment on specific companies. Americanas did not respond until the publication of this report.

Facebook
Twitter
Pinterest
WhatsApp
Previous article
Mac and Cheese: Favorite food in its gourmet version – Matches with a glass of red wine
Next article
Mitsotakis from Kasteli: The new airport will be a “green” hub for the connection between Crete and mainland Greece (photo)