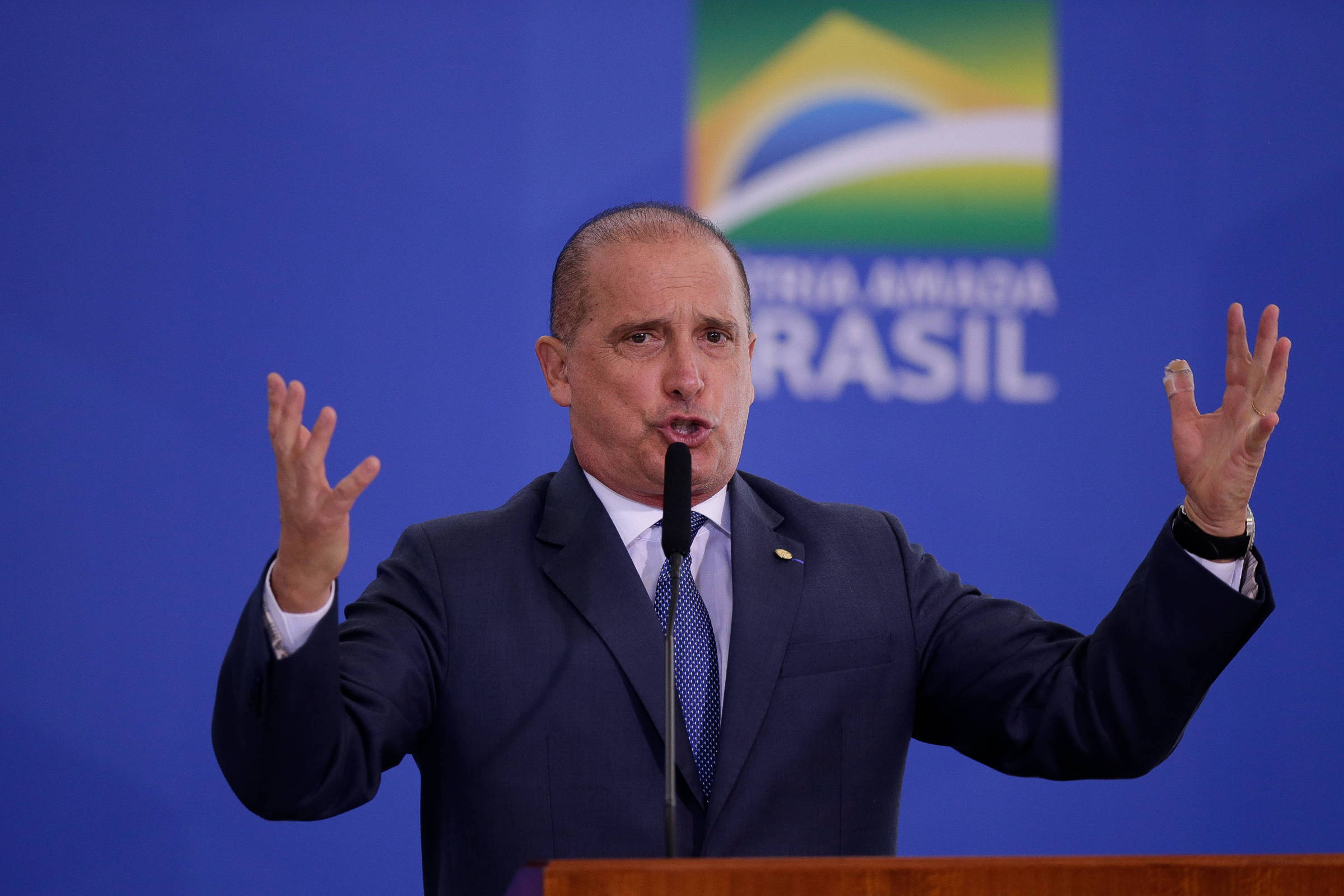 The Minister of Labor and Social Security, Onyx Lorenzoni, cornered technicians and dispensed with the preparation of opinions for decision-making in the portfolio, recreated by President Jair Bolsonaro (PL) to house him.

The method was used in one of Onyx’s most controversial measures to date: the one-shot ban on companies requiring employees to be vaccinated at the time of hiring.

The minister’s ordinance also prohibited the possibility of dismissal in case of refusal of immunization against Covid-19 by the employee.

The act of Onyx, of November 1, 2021, was in line with the stance of Bolsonaro, who uses the Presidency and campaigns against vaccination against Covid-19.

On the 12th of that month, Minister Luís Roberto Barroso, of the Federal Supreme Court (STF), overturned parts of the ordinance that shielded anti-vaccinations in companies.

Responses from the Ministry of Labor and Welfare to the leaf, in a request made via LAI (Access to Information Law), indicate that Onyx waived the need to set up a process, adopt a technical rite and prepare opinions to lower the ordinance.

The report asked for a copy of the process that based the act, which was denied three times, in successive appeals.

Instead of providing the process, the ministry stated that the ordinance was based only on “technical analysis” by the ministry, with the help of the Ministry of Health; in STF and TST (Superior Labor Court) rules on circulation in their respective buildings during the pandemic; and in the provisions of the CLT (Consolidation of Labor Laws).

Afterwards, the folder also cited as a basis for the ordinance “normative acts of comparative law, as established by the European Union”.

Onyx’s ministry looked to internal rules of the STF and TST for reasons to prohibit business decisions related to immunization during a pandemic. The ministry criticizes what it calls “forced vaccination”.

“[As normas de STF e TST] They guarantee, for the purpose of access and circulation within the premises of the aforementioned courts, the alternative of measures to prove the inexistence of risk to the community in the case of non-vaccination, such as the presentation of RT-PCR tests or non-reactive antigens for the disease carried out in the last 72 hours”, said the ministry, in the response via LAI.

According to the ministry, this would already guarantee “the safeguard and life of people, but in order to preserve the individual right of the citizen not to be subjected to forced vaccination”.

Less than a month after the ordinance was issued, Onyx signed a new act that restricts the possibility of guidance, recommendations and guidelines by technical teams of work inspection, which was seen by technicians from the portfolio heard by the leaf as a form of censorship and limitation of audit actions.

The Onyx ordinance states: “The units linked to the Labor Department are prohibited from issuing instructions or guidelines through instruments other than those provided for in this ordinance, such as administrative precedents, technical notes, informative notes, circular letters, recommendations, guidelines or the like. “

If the measure was already valid, it would have been impossible to issue guidelines on safety and health measures at work during the pandemic; guide inspections of the FGTS (Fundo de Garantia do Tempo de Serviço); and establish measures to reinforce the security of labor inspectors in the face of aggression.

These issues were the subject of acts by technical teams whose performance was restricted by the Onyx ordinance, according to auditors interviewed by the report on condition of anonymity.

The Ministry of Labor did not respond to questions in the report.

At the beginning of the government, Bolsonaro extinguished the ministry and converted it into organs of the Ministry of Economy, under the command of Paulo Guedes. The president’s speech was about downsizing the public machine.

In July 2021, Bolsonaro recreated the folder to house Onyx on the Esplanada dos Ministérios.

The ally lost the post he held in the Planalto Palace, in a renovation carried out by the president to expand the space in the center. In three years, Onyx has already been minister of the Civil House, of Citizenship, of the General Secretariat of the Presidency and now of Labor and Social Security.

Its management in Labor and Social Security started to bar goods, services and money agreed with offenders who sign TACs (terms of adjustment of conduct) with the MPT (Ministry of Labor), which weakens labor inspection, given the dependence of regional resources to these resources to be able to function, such as the leaf showed on November 11.

Regional units depend on these resources to function, and the ministry defined that the resources should be allocated to the FDD (Fund for the Defense of Diffuse Rights) or to the FAT (Fund for Support to Workers).

The new orientation is different from what is practiced, for example, by the Federal Police and PRF (Federal Highway Police), linked to the Ministry of Justice and Public Security. The police continue to receive these resources and goods.

The minister’s administration has also withdrawn from the air the balance sheet of inspection of labor infractions and sought not to give visibility to the assistance to more than one hundred workers rescued from slave labor in the surroundings of Brasília.

The adjustments were carried out in an annex of the ministry in the federal capital, and not in the main building, after guidance from members of the top of the portfolio.

Facebook
Twitter
Pinterest
WhatsApp
Previous article
The Turks are in misery: We eat meat only on holidays – Rage against Erdogan: As we raised it, we will lower it
Next article
Japan: The BoJ revises its inflation forecast upwards