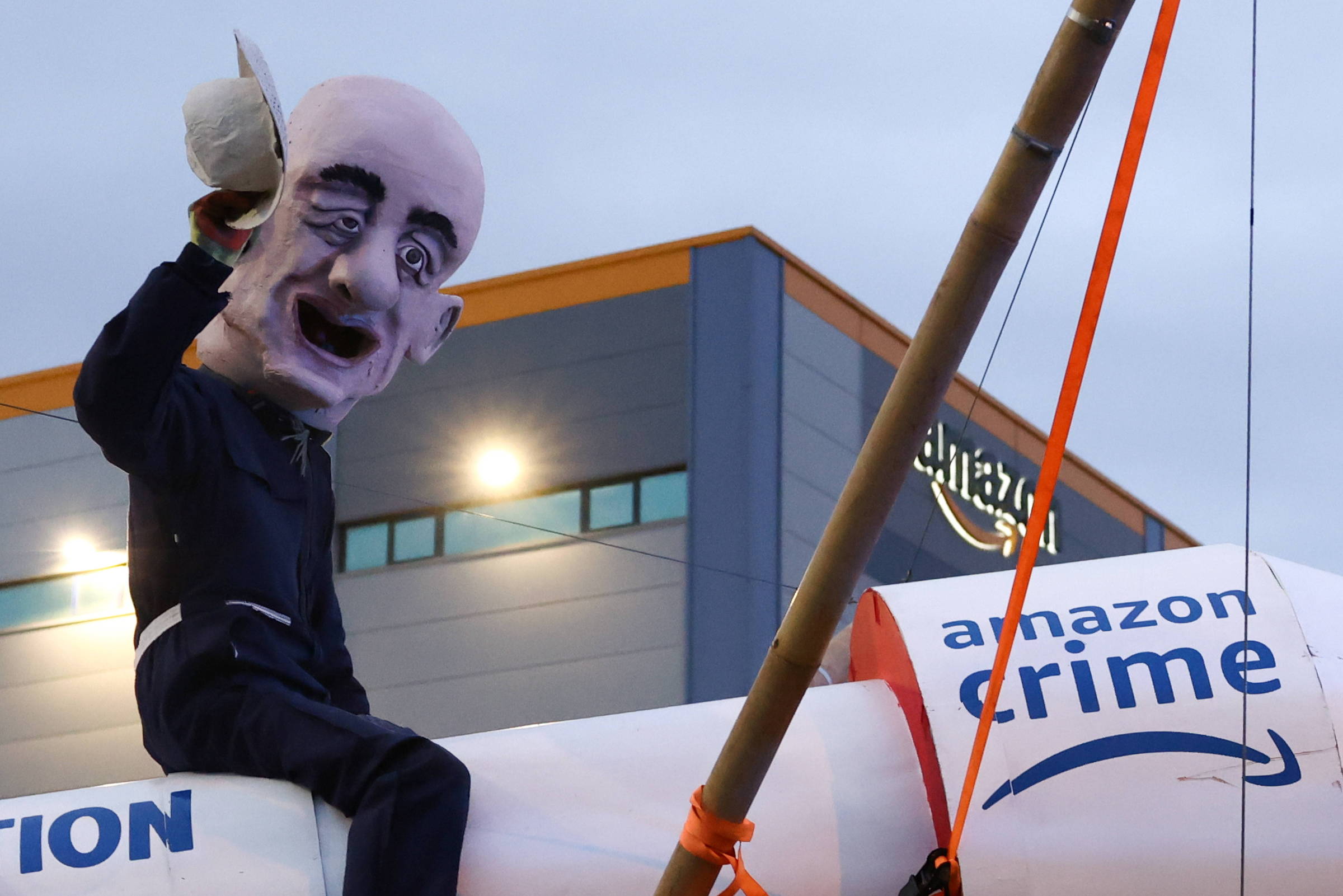 Review: Billionaires ‘devoured’ the planet? it’s not like that

Far be it from me to want to defend billionaires – I don’t even have friends who are – but Peter Goodman’s book, in blaming them for all the evils in the world, misses the point. And the target.

In “Davos Man: how the billionaires devoured the world,” Goodman, a seasoned economics reporter for the New York Times, argues that rising inequality in recent decades, Welfare and the rise of right-wing populism are a consequence of the greed of the richest, who made their fortunes monopolizing the gains of globalization and paying less and less taxes and, in this way, impoverished the State and the whole of society.

In this logic, even the millions of deaths from Covid are the fault of “homo Davos”, which would have taken away from governments the ability to provide health systems capable of dealing with the pandemic, defends the author.

The analysis is seductive — in addition to being outraged and well-written, a difficult combination to achieve — because much of what it points out is, in fact, correct. The top of the rankings of the richest in the world has never had as much money as it does today, especially after the pandemic, when the soaring of stocks made the fortunes of its holders multiply.

At the same time, whether through tax cuts such as those implemented by former US President Donald Trump, creative accounting or outright tax evasion, these men (there are no women among homo Davos) have never paid so little in taxes, proportionally.

To illustrate, Goodman cites an investigation by the ProPublica agency, according to which the tycoon/astronaut Jeff Bezos, founder of Amazon, managed to pay zero federal taxes in 2007 and 2011. Always on the tail, Elon Musk, from Tesla, reproduced the feat in 2018

Although the scale is unprecedented, the author recognizes that the rich evading taxes is not exactly new in world history. What seems to infuriate Goodman the most, and what the author argues is Davos Man’s distinctive trait, is what he calls the “Cosmic Lie”: the attractive but misguided idea that cutting taxes and deregulating markets will also enrich masses, benefiting from the greater capacity for investment and innovation that the richest would have with extra money in hand.

A veteran of the World Economic Forum, the journalist uses the meeting as the ultimate symbol of this rhetorical maneuver. While the event is publicized as a great meeting between the greatest entrepreneurs and thinkers on the planet to discuss solutions to humanity’s problems in the construction of the so-called “stakeholder capitalism” (a capitalism beneficial to all, from the factory floor to the CEO), in practice it works as a networking space between billionaires and government officials in defense of good old “shareholder capitalism” – one that really cares about shareholders.

“My mission is to help you understand the men of Davos as a species. He is a rare and extraordinary creature – a predator who attacks without restraint, perpetually seeking to expand his territory and capture the sustenance of others, while protecting himself from reprisal. posing as everyone’s symbiotic friend,” writes the author.

This spirit, something between the cataloger and the caricaturist appears throughout the book in the anecdotes about the personalities of the selected specimens – the luxury, the lack of tact due to the complete disconnection with the life of the masses –, always tasty to the reader with less than ten digits in length. your bank account, but that say very little in terms of interpreting the gears of contemporary capital.

The book’s greatest shortcoming is precisely this: facing structural economic and social problems as a by-product of the individual agency of billionaires – and not even half a dozen of them.

Goodman seems to genuinely believe that the golden years of the welfare state after World War II ended with the villainous machinations of homo Davos. At one point, the author goes so far as to write that current capitalism, captured by billionaires, “is not even capitalism anymore”.

By taking the 1950s and 1960s as the standard of capitalism –rather than a possible exception in a very specific context, that of the Cold War– Goodman shows an almost naive view of history.

One of the most disconcerting moments is Goodman’s outrage that Bezos has become so rich by taking advantage of Amazon’s sophisticated surveillance practices, which minimize downtime and maximize production, paying as little as possible only for what actually works.

You don’t have to be a Marxist to know that this is capitalism working very well, thank you.

The misdiagnosis, blaming individual bad faith instead of locating the structures that allow this economic dynamics, leads to the proposition of solutions as superficial as the analysis of the problem.

For the journalist, it is enough to make the richest pay more taxes. In defense of this argument, he cites the wealth taxation proposals of Democrats Bernie Sanders and Elizabeth Warren, which would result in trillions more to the American coffers capable of providing a public health system, for example.

Undoubtedly, the more income redistribution, the better. Goodman is right to argue that the richest pay proportionately more in taxes than the poorest — it’s hard to argue with that.

But this does not solve all the social ills of a system whose motto is profit. If Bezos or Benioff didn’t exist, surely there would be others in their place, doing what they do. Goodman’s caricature of billionaires obscures the gears that allow them to exist. Who selects homo Davos is the habitat, after all.

Facebook
Twitter
Pinterest
WhatsApp
Previous article
Peshkov: Putin’s conversation with Soltz was not friendly – Russians will decide who is president, not chancellor
Next article
Market: Fall in equities, rebound in oil, doubts about Ukraine