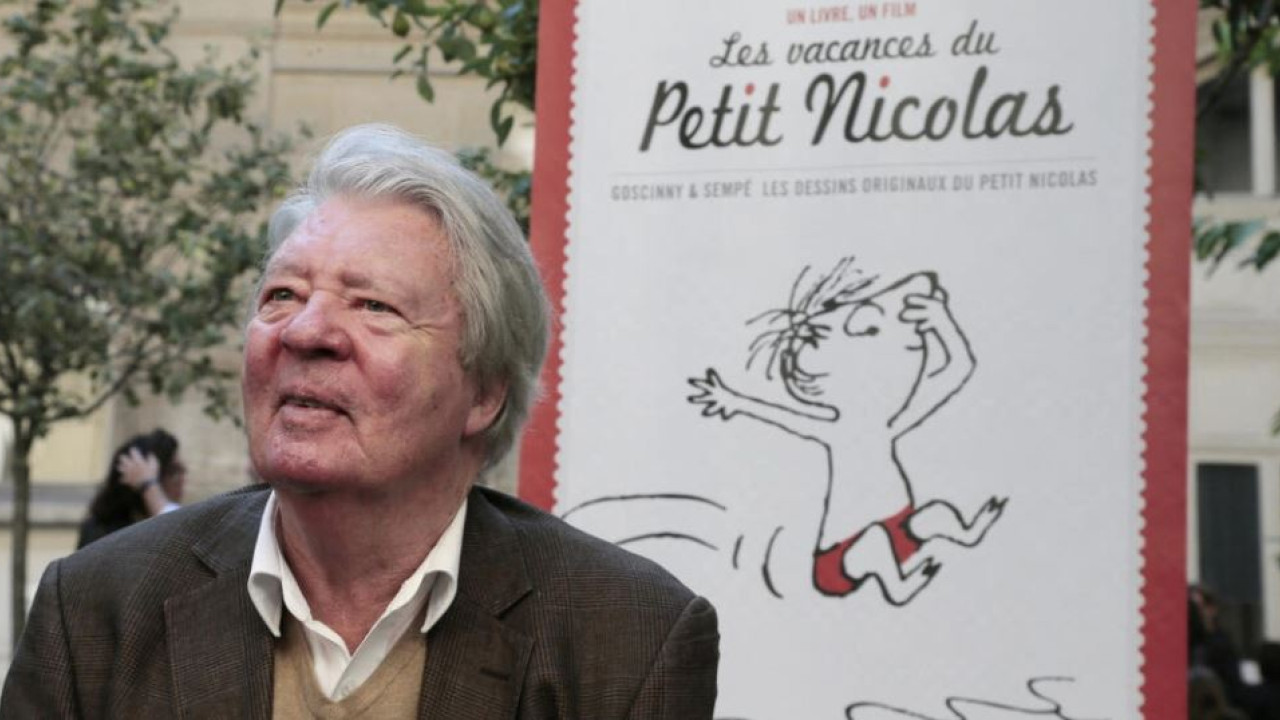 The French cartoonist Jean-Jacques Champetknown for illustrating the series of children’s books “Le petit Nicolas” (Le petit Nicolas) and his cartoons in the press, passed away yesterday at the age of 89.

Aside from Nicolas—an idealized vision of childhood in 1950s France that became a global bestseller—Sanpe illustrated more New Yorker magazine covers than any other artist.

“Jean-Jacques Chanpe died peacefully on the afternoon of Thursday, August 11, 2022, at the age of 89, in his country house, surrounded by his wife and close friends,” Marc Lecarpentier, the cartoonist’s biographer and friend, told AFP.

Shanpe, who originally wanted to be a jazz pianist and had a difficult childhood, dropped out of school at the age of 14 and declared a false age to enlist in the army.

Army life didn’t suit him, however, so he began selling his sketches to Paris newspapers.

While working in a press agency he became friendly with the legendary cartoonist René Gossini, the creator of “Asterix” with whom in 1959 they invented “Little Nicholas”.

“Nikola’s stories were a way to return to the misery I experienced growing up and at the same time make sure everything was going well,” Shanpe said in 2018.

Today the books starring Nikolas have become global bestsellers with more than 15 million copies sold in 45 countries, and have been adapted into popular films and animated series.

But in 1959 they were not immediately successful, and Shanpe continued to sell his sketches to newspapers for a living, a career he later described as “horrible”.

In 1978 he finally became famous when he was hired by The New Yorker magazine. “I was almost 50 years old and for the first time in my life I existed! I had finally found my family,” he said.

Chanpe was born near Bordeaux, in the village of Pessac, in 1932 and was the fruit of his mother’s relationship with her employer.

He lived in an abusive environment growing up with a foster family before his biological mother took him back to experience the abuse again.

Shanpe lived with his mother and stepfather, who was an alcoholic, while the question of his paternity was a mystery that haunted him throughout his life.

“You don’t know who you are, what you’re made of,” he would later say.

In his work Shanpe placed tiny characters in an oversized world revealing impressive and often caustic truths about the world without ever resorting to ridicule.

But the kindness with which Shanpe surrounded his characters was in stark contrast to the misery of his own upbringing.

“You never outgrow your childhood,” he had declared after he had already turned 80 years old, having avoided discussing the matter for decades.

“You try to clear things up, make your memories more beautiful. But you never get over it,” he said.

For a number of years Sanpe refused to believe in his talent, attributing his success to hard work and sacrifice.

He explained that he could spend up to three weeks trying to achieve a single sketch and that in order to complete it he was capable of anything, including “not washing or sleeping”.

Facebook
Twitter
Pinterest
WhatsApp
Previous article
How to enjoy your holidays safely
Next article
Big exit: Full of ships and buses – The picture on the national roads