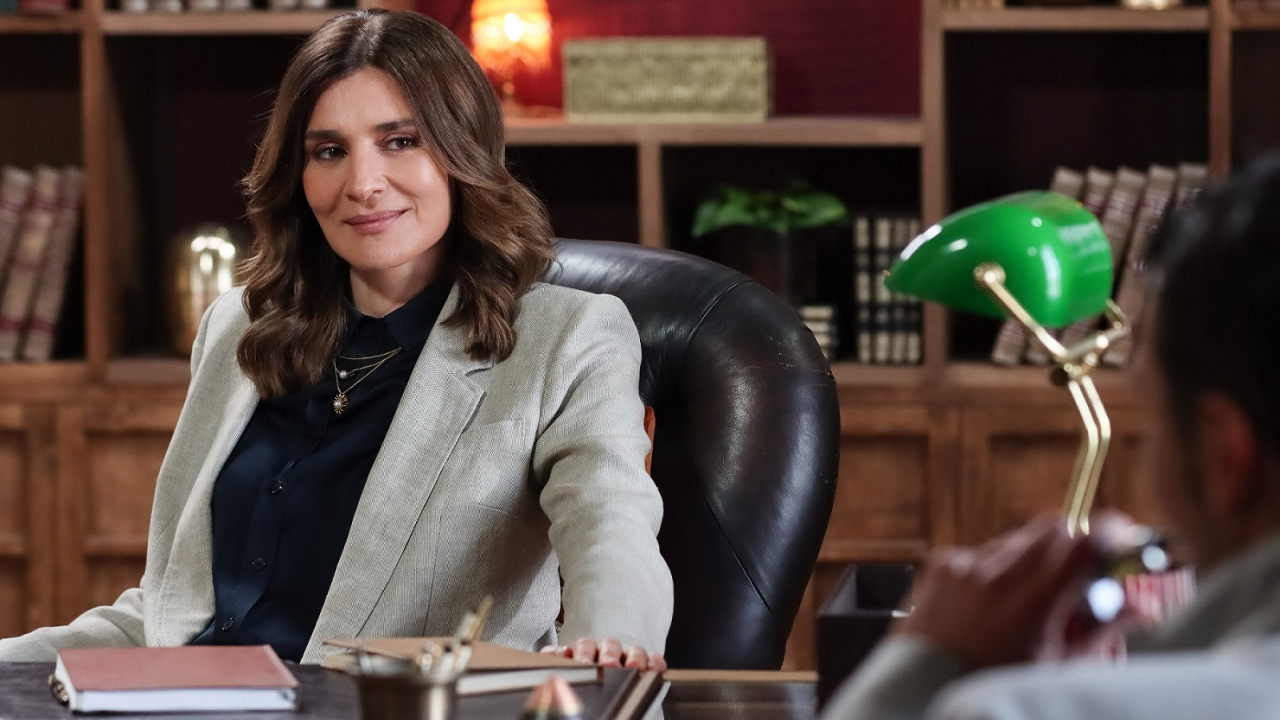 “Storgi”: Premiere on Monday, September 26 at 9:00 p.m. – Meet the characters of the new SKAI series

Familiar stories, people who hurt, memories that wake up and ask you to face them head on. Rage-drenched stories looking for Rage- Watch the trailer

From Monday 26 September at 21.00 the new social series “storgi” comes to SKAI with powerful stories.

Familiar stories, people who hurt, memories that wake up and ask you to face them head on. Rage-drenched stories looking for Rage.

The Doctor, Margarita Kalogeropoulou (Maria Naufliotou), is there to listen, to understand, to help, to heal. To make her patients “share their pain, learn to love and carry on even if they are afraid.”

He is there to listen to Maro (Eudokia Roumeliotis) who confesses that “there is no greater pain than the death of her child”.

He is there to appease the anger of Giannis (Ioannis Papazisis) who “never had a son… so he could be a father”.

He is there to help Irene (Vasiliki Troufakou) who “does not want such a man for her and such a father for her children”.

In the first episode of the series, Maros’ daughter, arriving worried at her mother’s house, finds that she was preparing to end her life. Frightened by the event, she takes her to the Doctor, seeking help. Maro is initially reluctant to talk, but the Doctor manages to elicit well-hidden secrets from her past that have led her to this situation…

In the meantime, a new couple, Giannis and Irini Makri, arrive at the doctor’s office, who are separated. As it is revealed, Giannis has abusive behavior towards his family, as a result of which Irene takes the children and leaves the house. The Doctor, although initially considering reporting him, eventually decides to take him on to help them.

In the role of Apostolos Kalogeropoulos, husband of the Psychiatrist, Nikos Karathanos.

A dynamic doctor who teaches her patients how to manage anger and past trauma.

A strong man who thinks it’s time to die. A career woman who hides her bruised eyes under her black glasses and a man who can’t handle his jealousy. A woman who tries to take her own life. A girl trapped in time. A young mother attacking a stranger. A couple falling apart because of anger. An economist who learns that her whole life is a lie. A young girl who everyone thinks is dead.

Two husbands and wives who have to make drastic changes in their lives.

A group that does everything to offer love to those who need it.

A dynamic and strong woman has dedicated her life to understanding and solving the deepest and perhaps most timeless social problem. Of violence. Margarita Kalogeropoulou is a Psychiatrist – Psychotherapist, author – researcher and a source of inspiration for her colleagues. The Doctor teaches her patients how to deal with past traumas in order to break the chain of violence. However, Margarita is also faced with a personal trauma, which she must manage with composure.

Sakis Zikos is a fearless, powerful, dark man. He grew up on the street, where he earned the nickname “Mortis”. He is a man of the night and those who are close to him fear or respect him. He has never been afraid of anyone, until he has his first panic attack and runs to the hospital, fearing that he has a heart attack. Four years and countless tests later, he decides to visit the Doctor who helps him recognize his hidden fear and deal with his crises.

Everything seems to be going very well and their lives look enviable to anyone who can’t see the signs behind Irene’s big black glasses. They are the marks that John’s anger leaves on her. Irene forces him to visit the Doctor, so that they can manage, he his anger and she her passivity, and break the chain of violence.

A God-fearing female singer tries to kill herself. The traumas of her childhood, her marriage to a violent man, the loss of her eldest daughter and a major romantic disappointment bring her to the Doctor, who helps her forgive her past.

A wealthy law school graduate lives alone in a huge dilapidated mansion, trapped in a fragment of time. Alice comes to the Doctor to be loved. She demands acceptance, understanding and love, when she herself injures herself, behaves strangely and aggressively and neglects herself. The Doctor will help her leave behind the ghosts of the mansion and love herself.

A seemingly calm and sweet mother walks with her husband and child on the street. Suddenly, the woman rushes at a stranger, whom she seriously injures and might have killed had she not been stopped. She claims she doesn’t know this man and her husband urges her to see the Doctor to help her deal with her unnecessary anger. The Doctor brings out the truth from her and helps her to talk to her husband about her past.

She is the woman of his dreams. Beautiful, well-to-do, cultured and perfect. He is young, he is an employee, the son of a worker and madly in love with her. She marries him because she feels his love and admiration. Five years later, the roles are reversed and Christos forces Agni to visit the Doctor in order to help him get a divorce and his wife to accept it. But the Doctor will lead them to get to know each other better, no matter how difficult this is.

Dora is a loving daughter who makes an appointment with the Doctor in order to manage the impending death of her beloved mother. Finally, before going to her appointment, she passes by the hospital, where her dying mother confesses that she is adopted and Dora’s whole world falls apart. The Doctor will help her accept life’s ups and downs, let her mother go and move on with her life.

Anna is reborn from the ashes. Maros’ eldest daughter, whom everyone thinks is dead, brings the Doctor tragic news and fills in the blanks in her mother’s story.

Vicky is a smart, beautiful and serious psychologist who has just divorced and is raising her two children alone. She is a trusted colleague of Yatros, a colleague and friend of Damianos, but first of all she is a mother who is called to balance in her new reality.

Damianos is a child psychiatrist and loves children. He and his wife, Nana, were married on the condition that they not have children. Damianos agreed, since they were still at the beginning of their careers and his career took priority. But growing up, goals become achievements, priorities change and Damianos wonders if this contract should end or if its terms should be renegotiated.

The Source is the secretary and soul of the healing center. She is a widow and always in love with the blessed Paul, even if she rarely talks about him. She has no children but she has Billis, who works for her and takes care of him as if he were her son. With the Doctor they share a relationship of love and mutual respect, which spans many years.

Billis is an IT student and a tech geek. At the same time, he is the office boy of the treatment center and the great weakness of Pigi, whom he loves like a mother. Billis is sloppy, funny and knows everything about computers but very little about the world. His interest in Myrto will force him to step out of digital reality and face real life.

A beautiful girl takes over the catering of the treatment center alongside her studies. Despite her timid style, Myrto is an adventurous character. Unlike Billis, Myrto declares herself a collector of experiences, to which she will soon introduce him too.

Doctor’s husband is also a doctor. Serious, restrained, focused, composed, Professor of Cardiology. He is in control of his life and his emotions. He is “a perfect gentleman” and lives a very decent and organized life, until he suddenly comes face to face with his mortal nature and changes for good.

Nana is Damian’s wife. An independent career woman and a very good doctor. The life choice she makes puts her husband in a dilemma.

Facebook
Twitter
Pinterest
WhatsApp
Previous article“Together We Can”: Voluntary blood donation program from September 26 – 30
Next articleMenopause: what is hormone replacement therapy and what are the risks and benefits