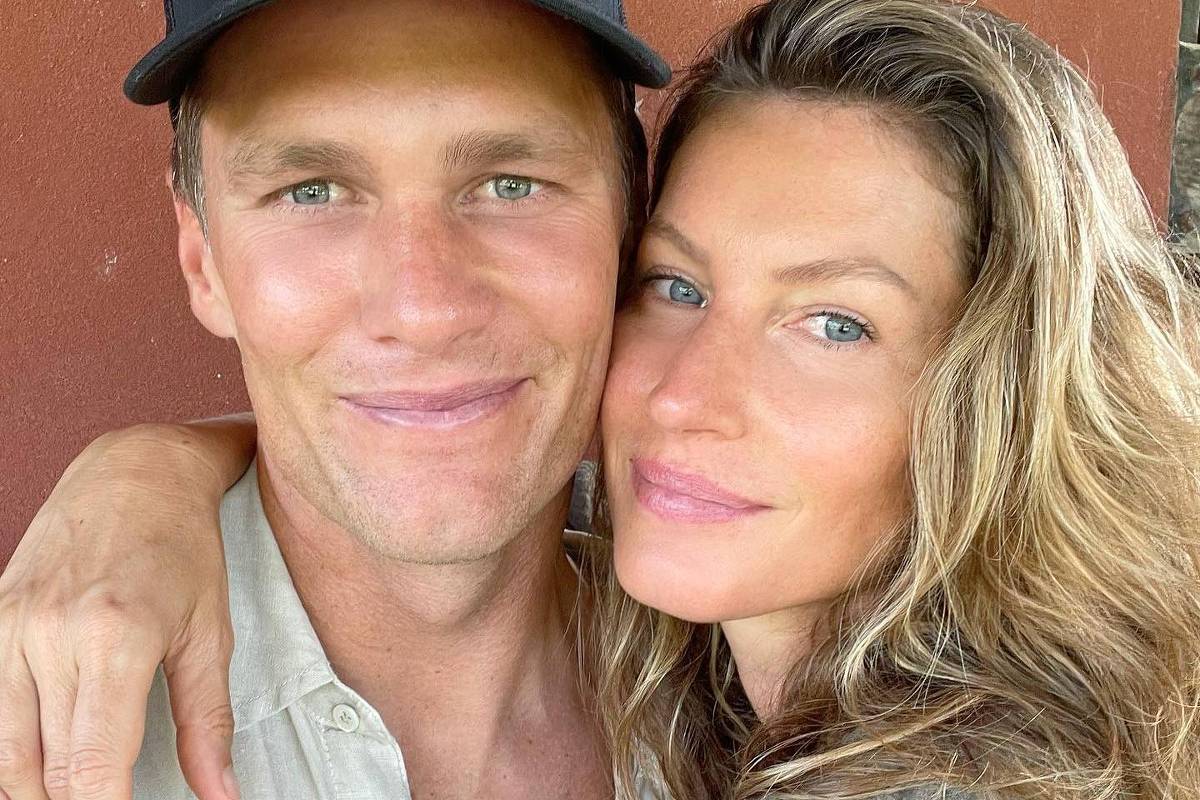 Gisele Bündchen, 42, didn’t go with her family to watch husband Tom Brady, 45, play a game like she used to, according to People. This Sunday (25), only the children of the Tampa Bay Buccaneers quarterback were in the stadium to cheer for their father.

Brady took the field at Raymond James Stadium against the Green Bay Packers, but not before getting some hugs from his kids. Brady’s mother and sisters who took the kids.

“Gisele remains dedicated to her children and is working on personal projects,” a source told People.

Brady was seen during the pre-game warm-up wearing a shirt that had his high school picture on it, with the message: “Greatness lasts forever.”

Earlier this month, a source told People that Brady and Gisele have been living apart for over a month. But another source said that during championship seasons they live separate lives.

The couple began to quarrel after the football player reversed his decision to retire from the sport, which would have been Gisele’s wish.

Facebook
Twitter
Pinterest
WhatsApp
Previous article
Opinion – PVC: Brazil may have the toughest World Cup ever
Next article
Brazil has more than 685,000 deaths from Covid since the beginning of the pandemic