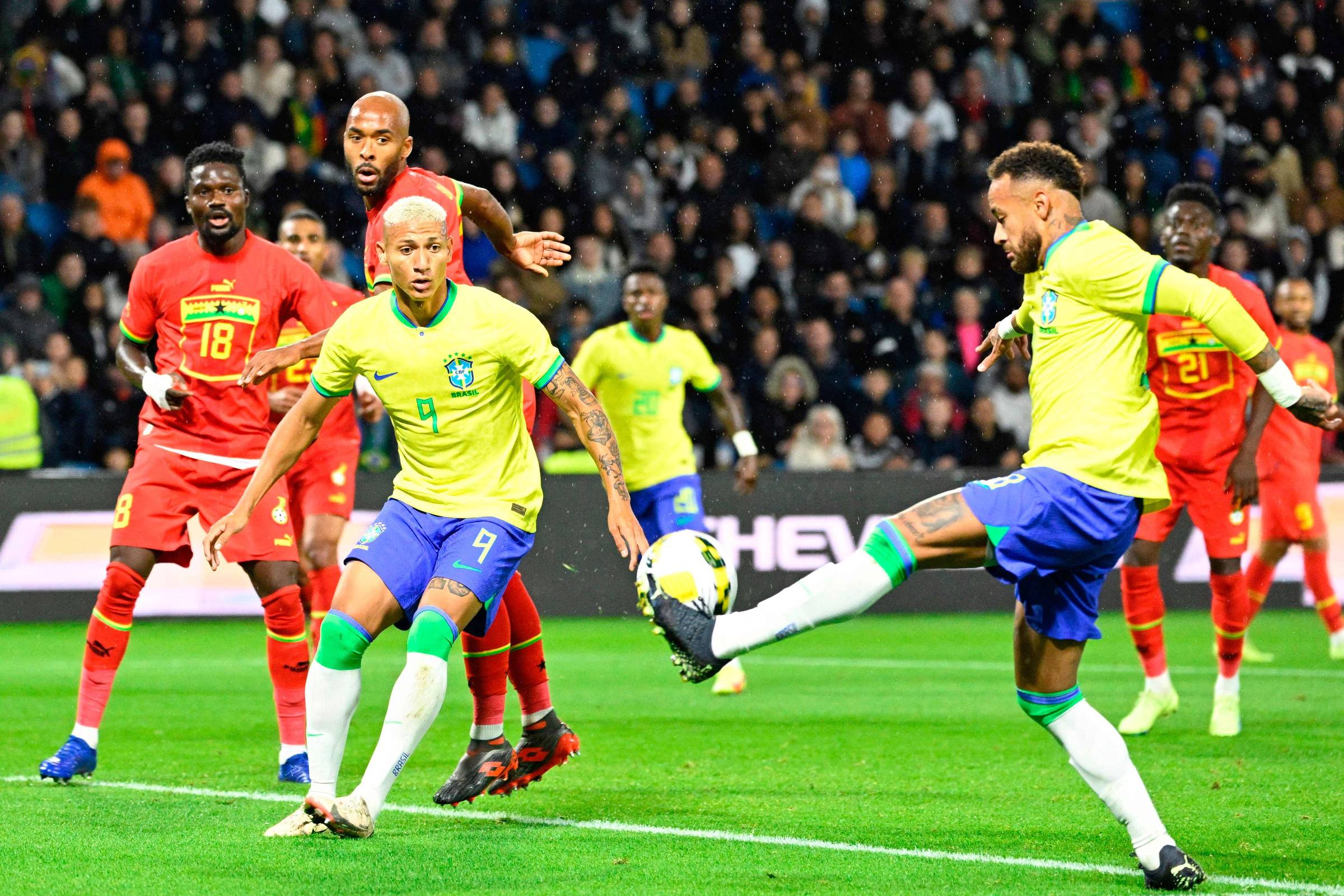 Opinion – PVC: Brazil may have the toughest World Cup ever

Brazil played well, and Ghana performed poorly in the Le Havre friendly. The second goal is a painting of collective play, with 26 passes, without the Ghanaians even trying to score, without any mention of disarming.

Thanks for Tite’s letter of intent, for the ability to steal balls in the attacking field and for the patience to exchange passes, also for the precision in the rehearsed plays that resulted in a goal by Marquinhos and another by Richarlison.

Seven years ago, the Brazilian team played and lost the final of the U-20 World Cup to Serbia. Lost 2-1 in overtime.

From that game, there are still five winners in the Slavic team, now led by Dragan Stojkovic, Yugoslavia’s midfielder in the 1990 World Cup – he missed the first penalty kick against Argentina in the quarterfinals.

Serbia are stronger than they were four years ago, when they lost to Brazil 2-0 in Moscow. Play with three defenders, a line of four in the middle, to release Tadic as creator, behind the attack duo, formed by Mitrovic and Vlahovic. Watch out for Kostic crossings. It didn’t start well at Juventus, it was perfect in the 4-1 over the Swedes.

Switzerland are weaker, but they won their last two matches, against Portugal and Spain. The goals scored against the Spaniards were born from plays worked in corners, both charged to Akanji, the first directly in the middle of the area, the second on the first stick, with the Manchester City defender arranging for Embolo to finish.

There are many people looking at what Brazil can do. Two months away from the World Cup, it is very important to observe the rivals and not just the first phase. To win the cup, the team may need to experience the most difficult trajectory it has ever had in a World Cup.

Serbia in the debut and Switzerland, in the second round, will be tough opponents. Cameroon lost to Uzbekistan and don’t worry. Portugal or Uruguay in the round of 16, Germany, Belgium or Spain in the quarterfinals, Argentina, Holland or England in the semifinals, decision against France.

All these chances, starting from the knockouts, are speculative. Never has a world champion had to face four champions in knockout games to win the trophy. Maradona’s Argentina played against Italy, Uruguay, England and Germany, but caught the Italians in the group stage.

The outlook would be bad if Brazil were not growing. It is. There are good players, Neymar is in good shape, there are tactical variations, and the team is modern in the way they recover the ball in attack.

The praise is fair, the friendly rivals do not serve as tests for the predicted difficulty in Qatar.

There are two possible pitfalls. One is to overestimate the Brazilian strength, as in 2006, when the team arrived in Germany certain of having the best team on the planet and forgot to work. The other trap is to be too alert to rivals’ qualities and to be frightened by them. Brazil will come strong to a World Cup without favorites. Tite’s selection will be one of nine candidates for the trophy.

Germany, Argentina, Belgium, Brazil, Spain, France, Holland, England and Portugal are candidates. Shall we reduce? Germany won only one big game, 5-2 in Italy. The defeat to Hungary serves as a warning. There could be Germany vs Brazil in the quarterfinals.

Who was not a candidate for a year and improved was Holland. Due to the quality of its players and the cross, which will have Senegal, Qatar and Ecuador in the group stage and a probable meeting against the United States in the round of 16. The team is strong, the path less difficult.