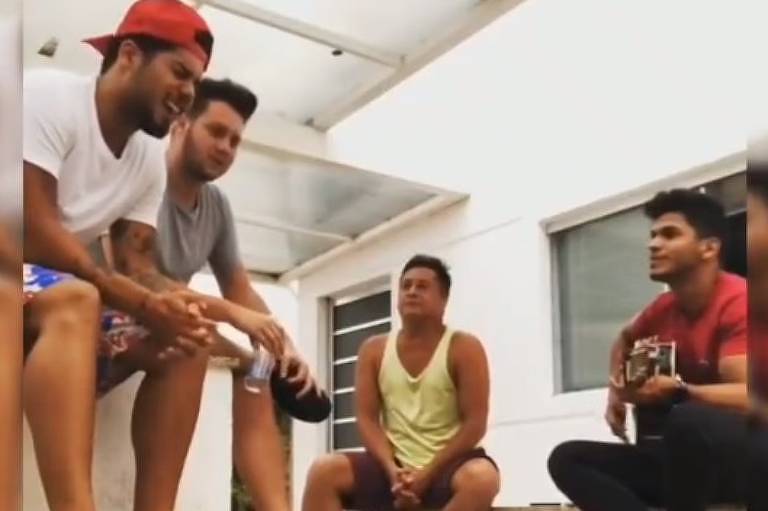 As the time for voting approaches next Sunday (2), more artists are positioning themselves in favor of one or another candidate. After Neymar sang a jingle in favor of Bolsonaro, now it was the turn of the sertanejos Leonardo and Zé Felipe to show support for the current president.

In a video that circulates through social networks, it is possible to see father and son singing a song that says: “Who will win the election is who is not there in prison. President and captain”. In the middle of each stretch, they seem to say the letter “B”, a reference to Bolsonaro.

Before them, names such as the singer Zé Neto, who never hid his adoration for the current president, had already positioned themselves. And also the Latin singer, who was another to choreograph Bolsonaro’s jingle.

The football player and ex-boyfriend of Bruna Marquezine Neymar declared his support for Bolsonaro on Thursday afternoon (29). As a result, the actress ended up being criticized on social media by right-wing voters.

“I trust Neymar more”, commented one of them in response to a video in which she makes the letter “L”. “Beauty is not synonymous with intelligence, now I understand why Neymar didn’t want her anymore”, wrote another follower.

All this happened after presidential candidate Luiz Inácio Lula da Silva (PT) won another support video full of TV and music celebrities with the slogan “turns into a vote”. Bruna Marquezine, Malu Mader, Felipe Camargo, Sérgio Guizé and Ziraldo are among them.

As in the previous video, the artists change the handgun sign, a reference to Bolsonaro, to an “L” for Lula. The lyrics of the song, in addition to the chorus “turns into a vote, turns into turns into”, speaks of “resistance and hope”. “Look to the future, take a pencil and take the gun away from the child,” she says.

Facebook
Twitter
Pinterest
WhatsApp
Previous article
INSS will pay 13th to new retirees in November
Next article
All Together We Can: Voluntary blood donation program for Sunday, October 2