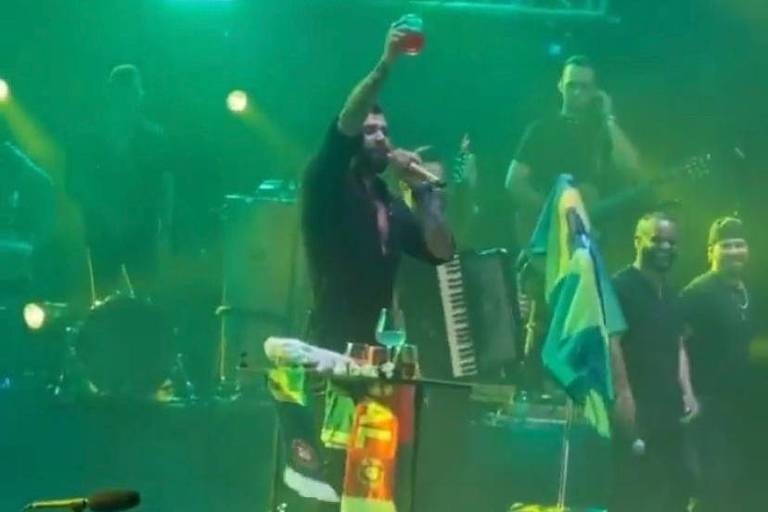 Video: Under the chorus of ‘Myth!” Gusttavo Lima expresses support for Bolsonaro in Miami

It comes as no surprise, after all, Gusttavo Lima had already explicitly declared his support for Jair Bolsonaro, even enveloping a helicopter with the president’s image on a trip to Goiânia. But the singer, who since the middle of this year has not taken a public stand, this time could not stand it.

Screaming “myth”, as Bolsonaro supporters usually refer to the candidate, Lima made the gesture of the number 22 with his right hand during a show on Friday night (30), in Miami. The president thanked the support: “The Ambassador and the people have already decreed This Sunday, it is the 22nd for Brazil to follow the path of freedom and prosperity! Thanks, Gusttavo Lima”, he wrote on his Twitter account.

The way bolsonaristas call him also served to name a product with which Gusttavo made money: he was a partner at Frigorífico Goiás, which sold Picanha Mito for R$ 1,800 a kilo, in honor of the candidate. The singer was the company’s poster boy until the last week of May, when he decided to step aside.

The break happened shortly after the CPI do Sertanejo, as the series of cancellations of concerts in Lima and other sertanejos became known with millionaire fees paid by city halls of small towns in the interior of the country. It was also from then on that Lima began to avoid political content on his networks and to repeat the mantra “I don’t talk about politics”.