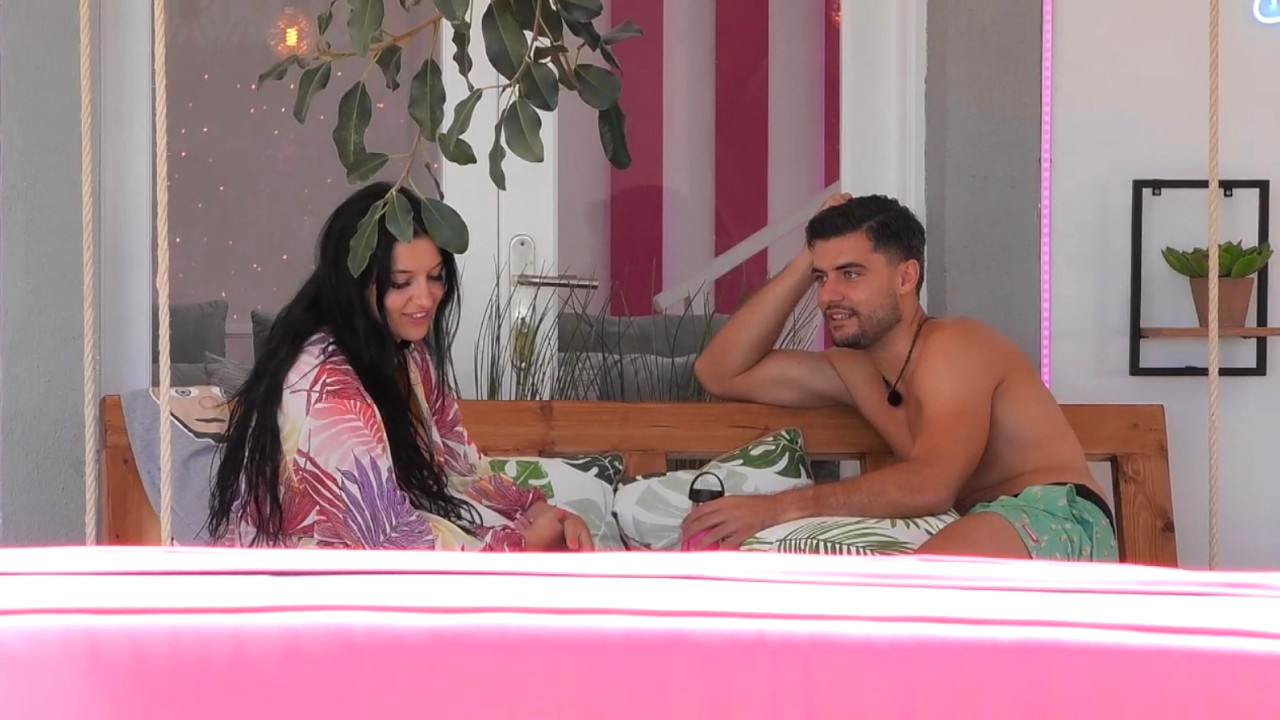 Love Island: A surprise… delights the boys! Watch the trailer

In tonight’s episode at 23.15 we will find out what Ioanna’s final decision is. Will she follow her love on his return to Greece?

His sudden departure George K. from Love Island left a meteoric Ioanna who feels that her presence in the villa is no longer meaningful… In tonight’s episode at 23.15 we will find out what her final decision is, will she follow her love on his return to Greece?

In the Love Island villa, George G. lives happily and asks Anastasia to sleep together, but she chooses to keep the guys since she is still a couple with Vassilis. George S., on the other hand, seemed particularly expressive on his first night with Claudia, who feels that they have been overlooked.

Argyris and Maria live tender moments with her confessing to the girls that when he is with her he is very sweet. The moments Alexander K. spends with Christina are also romantic, with several confessions on his part.

In this romantic atmosphere, a message arrives on Alexandros L.’s cell phone, which signals a new game in the villa. However, the game hides a big surprise that will especially delight the boys and worry the girls!

Ahead of a new recoupling, discussions and strategies are heating up. Vassilis as well as Panagiotis approach Niki and Alexandros L. Claudia and in fact in front of the surprised eyes of George S.!

How will love stories develop in the Love Island villa?

COME WITH CONFIDENCE TO CLAIM LOVE

He lives permanently in Athens and has an older sister. He is the godfather of his niece whom he describes as “the weakness of his life”.

By the age of 21, he was playing football at a professional level. He is busy as he works as a restaurant receptionist, maintains an e-shop and occasionally works as a model. His dream is to have his own restaurant by the age of 27.

5 months ago she got out of a long relationship that lasted 4 years. He believes that this separation has matured him. He will be attracted to a woman by the way she walks but also by her very neat limbs. He enjoys flirting and declares that he “absolutely has it”, but if someone else flirts with his girlfriend, he will be jealous… mildly.

On Love Island he doesn’t rule out falling in love at all, feels confident in himself and can’t wait to meet the girls.

Love Island
Every Tuesday to Saturday at 23.15

Facebook
Twitter
Pinterest
WhatsApp
Previous article
Russia loses influence in Soviet sphere as it gets distracted by Ukraine War
Next article
Macron: France will not respond with nukes if Ukraine is nuked by Russia