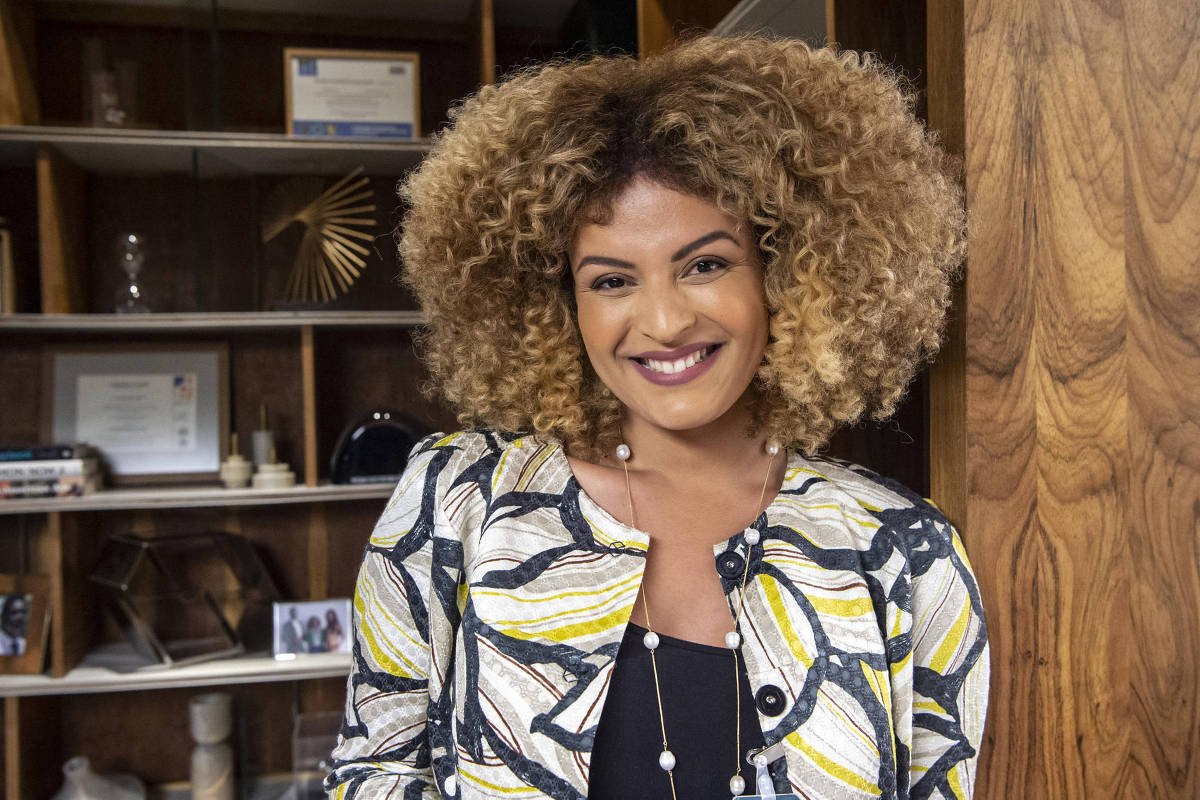 ‘I was never in the closet, I just didn’t know how to name what I was’, says Gabi Loran

“I think discrimination will never end, it’s a characteristic of human beings. Prejudice is at my door just waiting for me to step out and leave”. The phrase by actress Gabriela Loran, 29, who plays Luana in “Cara e Coragem” (Globo), may seem strong, but it shows a wound still open in the country that kills most trans people and transvestites around the world.

“I’ve been kicked out of the bathroom, summoned to audition for series, movies and plays where I had to pretend to be something I wasn’t. I was told to do ‘trans voice’. Today, this kind of thing happens less, but I still suffer from it. “, comments the actress, who in the 7 pm soap opera, her second on her resume, has gained more and more notoriety as Clarice’s (Taís Araújo) inseparable friend.

Gabi’s daily perception is supported by numbers and research. In 2021, 140 Brazilian trans people were murdered, according to a survey carried out by Antra (National Association of Transvestites and Transsexuals). For every ten homicides against the trans population in the world, four occurred in Brazil. That’s why the election of Erika Hilton (PSOL-SP) and Duda Salabert (PDT-MG), the first trans deputies of the National Congress, is an encouragement to Gabi. “Representative is what we need. I see a fruitful moment now.”

Born in São Gonçalo, in the metropolitan region of Rio de Janeiro, and with a seven-year career, Gabi is very active on the subject of diversity and LGBTQIA+ occupation in the media. In her view, it is important that TV gives space to trans people, but not only that. “We will only fight prejudice by being seen as protagonists. I insist that we have characters with a dramatic load whose focus is not on gender identity”, she opines.

A fan of actresses like Juliana Paes, Gabi says that her dream is to receive a character like Maria Marruá from “Pantanal” from a soap opera author. “I wanted to do a scene as wonderful as her death one day. But will I have a role with so much dramaturgical power that it doesn’t matter if I’m trans or not? she graduated in performing arts from CAL (Casa das Artes de Laranjeiras).

For that to happen one day, the artist believes that TVs will have to feel less fear. For her, there is a lack of courage to hire trans authors, directors and screenwriters who can write truer and more experienced stories about the LGBTQIA+ universe. “This fear leads to institutional transphobia. The scenario has been changing, but it’s still lacking. I want to be a protagonist and compete for an Oscar.”

Gabriela Loran says that she began her transition at the age of 23 and everything was documented on her YouTube channel. However, as she herself likes to emphasize, despite requests for help from other young women who were confused, “each process is individual”. “I was never in the closet, I just didn’t know how to name what I was. The theater was a watershed in my life and helped me to bring out who I’ve always been”.

The actress, who was the first trans person in history to act in “Malhação” (2017), will also be in the third season of “Arcanjo Renegado” (Globoplay).

Facebook
Twitter
Pinterest
WhatsApp
Previous article
How France is trying to stop Russian mercenaries in Africa
Next article
Controls of EL.AS. in shops of health interest in Attica – The findings of the Authorities