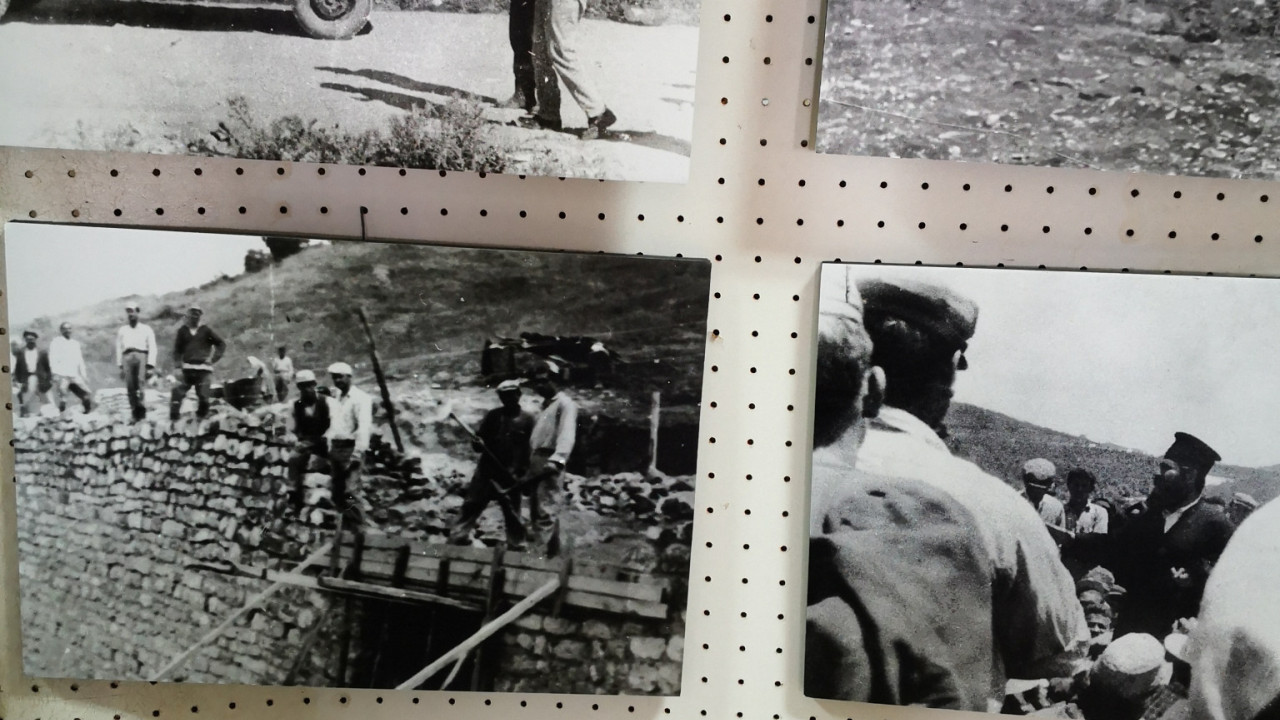 Exhibition: Unknown aspects from the construction of Plastira Lake

An interesting photographic exhibition of how it was created the lake of Plastira Karditsa, hosted in the “Ant. Samarakis” Morfovounio, at the seat of the Municipality of Limni Plastira. For the first time, unknown aspects of the efforts made to bring the project to fruition are revealed to the public.

Our tour guide in this exhibition is the mayor of Limni Plastiras and author Panagiotis Nano, who wrote about the history of the creation of the lake: “As a project, it bears the stamp of Nikolaos Plastiras, who from the moment of conception of the idea until his death , fanatically supported the project. It is not an exaggeration to say that if Plastiras did not exist, it is doubtful whether the lake would have been created, given that in our country we know very well that many nice ideas end up. Even more so if we consider that the idea was submitted in 1925, when the perceptions and technical capabilities of pre-war Greece were, in fact, limited. In 1929 Loui Sen, a Swiss scientist brought by the government of El. Venizelou, studied the idea for the first time.

The years passed, after the Civil War with Plastiras as prime minister, new studies on the project were started, to arrive at his original idea of ​​creating a dam where it is today. The project was approved by the Papagou government to be completed in 1959 with K. Karamanlis as prime minister. The progress and development of the project is monitored by the photo exhibition, with rare documents from the time before the projects were built.

It includes photographs of the construction work and the employment of hundreds of workers from the villages of the area.”

And he continues: “With the completion of the project in 1959, a year in which Neuropolis was flooded with water, but also by the reactions of the residents who bravely claimed compensation for the flooding of their houses and lands. The mayor also refers to a tragic event that plunged the region into mourning. On the eve of Agios Nikolaos, on 5/12/1959, the bad weather conditions prevailing in the area overturned the vessel heavily loaded with people and goods. Twenty men were lost forever in the murky waters, seventeen (17) from Neohori, two (2) from Karytsa and one (1) from Morfovouni. The accident shocked the whole of Greece and plunged the region into mourning, a mourning that took many years to fade.”

Mr. Nanos also reveals a relatively unknown, but brilliant page of the National Resistance, which was covered by the waters of the Lake. It refers to the creation and operation of the guerrilla airport of Neuropolis, which operated in 1943-44 and served the communication of the Mountain Government with the allies and the Government of Lebanon. It is worth noting here that it was a ghost airport. During the day the dirt runway was covered with mobile (on carts) haystacks of grass and trees cut by the insurgents before dawn and placed in selected locations. So the German planes that were looking to destroy the airfield, could not see anything from above. But at night and only when the plane was about to land, the corridor was revealed. The insurgents entered the queue holding lanterns in their hands which they lit when they heard the noise of the engine of the plane they were waiting for. Thus they formed the two light lines to facilitate the landing.

Speaking to the Athenian-Macedonian News Agency, the mayor of Limni Plastira emphasizes that “in the 21st century we will have to redefine the role of the lake, setting specific development goals and priorities. For this purpose, the drawing up of a Special Urban Planning Study is underway, as well as the Special Development Program of Agrafon, with investments in all sectors”.