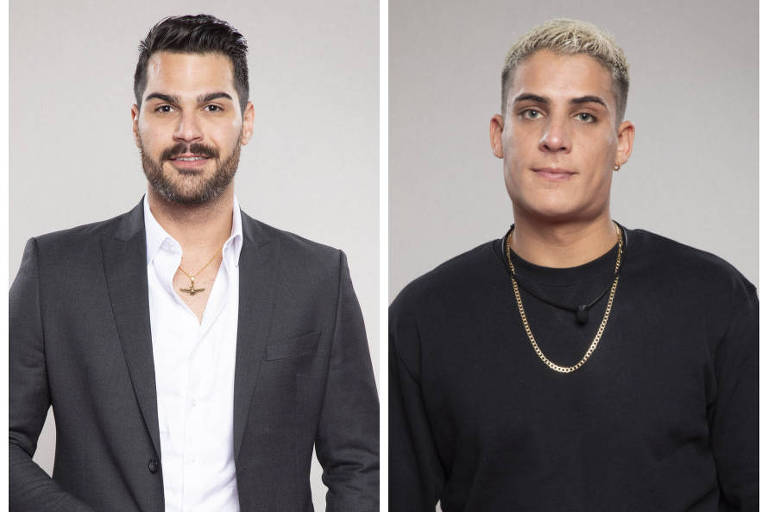 A Fazenda 14: Shay criticizes Record live; Tiago does not accept expulsion from reality

Shayan Haghbin criticized Record’s lack of positioning in episodes of aggression, threats and prejudice between participants within A Fazenda 14. He and Tiago Ramos were interviewed separately in a live, led this Saturday afternoon (22) by Lucas Selfie on social networks , to comment on their participation in the reality show and the expulsion of both after a fight.

The Iranian said that Tiago attacked him with a bottle and that he used his arm in a reflex to protect his face. He complained that he took three spats from the pawn and when he went to the fourth he got another spat from Bia Miranda.

“His group [Tiago] already passed the limit. Take a moment when my group disrespected theirs, the family and the nature of the people”, challenged Shayan – he was called an abuser and pervert by Bia and Pétala Barreiros, who accused him of watching women taking a shower.

The Iranian said that his group lives a psychological torture within the reality without being able to celebrate and that lately he is quieter and inside the room. About the fight between the groups that started after he shouted “accuse me more” on the way back from the farm, Shay claimed that he was full of emotion after hearing Adriane Galisteu’s speech. “One month that our group was oppressed, provoked and has no right to celebrate. They crossed the line with us, that house was no longer viable to live in, it was very toxic.”

For the former pawn, Record is to blame for the fight, which did not take measures at the beginning of the game to avoid aggression and allowed participants to break rules, as when drunk Tiago rang the bell, jumped the farm fence and returned to reality. .

Shayan highlighted that he was the target of xenophobia at various times and hinted that he will go to court. He also cited cases of homophobia and machismo among participants – Vini called Alex a gazelle and criticized Deborah’s outfit. “Some things happened that crossed the line, if Record had made a decision, you can be sure I would be in the game.”

Tiago, who was also interviewed by Selfie, admitted that he needs to take care of his mental health, but does not accept being expelled from reality. He said he regretted spitting in Shayan’s face and apologized for being xenophobic. “I must apologize to him and his family, I am very wrong. When I was in another country I had to learn another language”, said Tiago.

The pawn said he can’t just blame Shayan for his expulsion because he provoked him. “I am very sorry for my aggression, I had a bottle [de água] and I hit my head, I went over to him”, he explained. “He had hit my ribs from behind taking advantage of the fact that there were a lot of people [na hora da briga]”And the cameras didn’t catch it. It was an impulse”, he said, justifying why he fought with the Iranian.

Tiago stated that he saw himself among the five or six finalists of the reality show, but admits that he was too explosive in confinement and that he only started to think about it after returning from a farm. He stated that he entered the program in search of a cure for depression and to show who he was after making the news due to mistakes he made after a relationship with a famous person – Neymar’s mother.

“There are many things that I regret and others that I would do again”, he says about his participation in the reality. Asked by Selfie if he wanted to send a message to Shay, he replied: “I don’t want to leave a message for Shay, I just wish him success.”