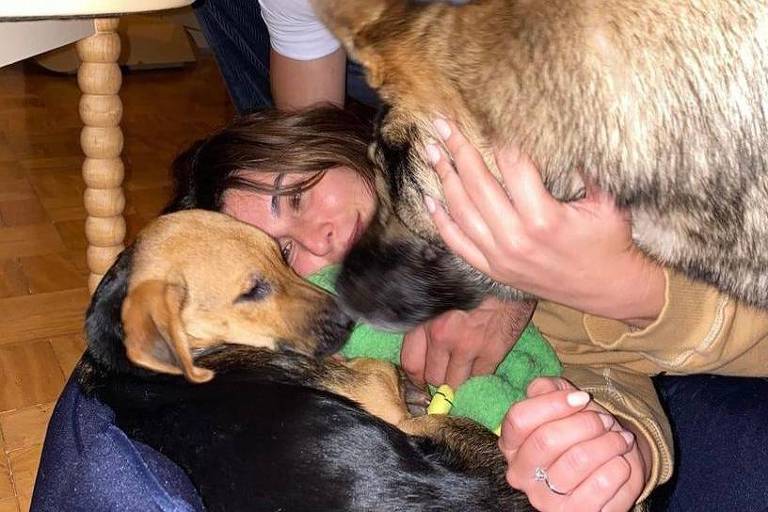 Actress Fernanda Paes Leme, 39, used her social networks this Sunday (23) to pay tribute to her dog Matilda, who died this week. The artist had already told fans about the animal’s health, but confirmed the death only now.

“I didn’t want to make this post, it seems that writing to everyone would make the pain inside me even more real… Matilda went to rest”, said the actress. “We tried everything and so did she. I don’t know how to measure everything I’m feeling because I’ve never loved and been loved by a pet like that.”

Matilda was adopted by Paes Leme in September, after being found by Victor Sampaio, the actress’ fiance, abandoned on a road. At the beginning of the month, however, she discovered that Matilda was sick and despite all the care, the little dog got worse in the last week.

“Hard to believe and accept, but I’m very grateful to you. There were few, but unforgettable, moments we shared. It comforts me to know that you felt like you belonged, had a home, an older sister and a lot of people who gave you a lot of love. . Rest in peace my little angel,” he said on Sunday.

In the stories, the actress said that she feels an “endless pain”. “She softens, comes back… then I get distracted, I fulfill my commitments and I suffer again… I just know how to be grateful that our paths crossed and that I was part of her brief life”.

Many celebrities rallied and sent messages of support. “Oh, my God! So so difficult. All the strength in the world for you”, stated journalist Fernanda Gentil. “I’m glad you found each other,” said actor Marcelo Medici. “She will love you forever,” added Giovanna Lancellotti.

Find out how much Casimiro has earned during the World Cup