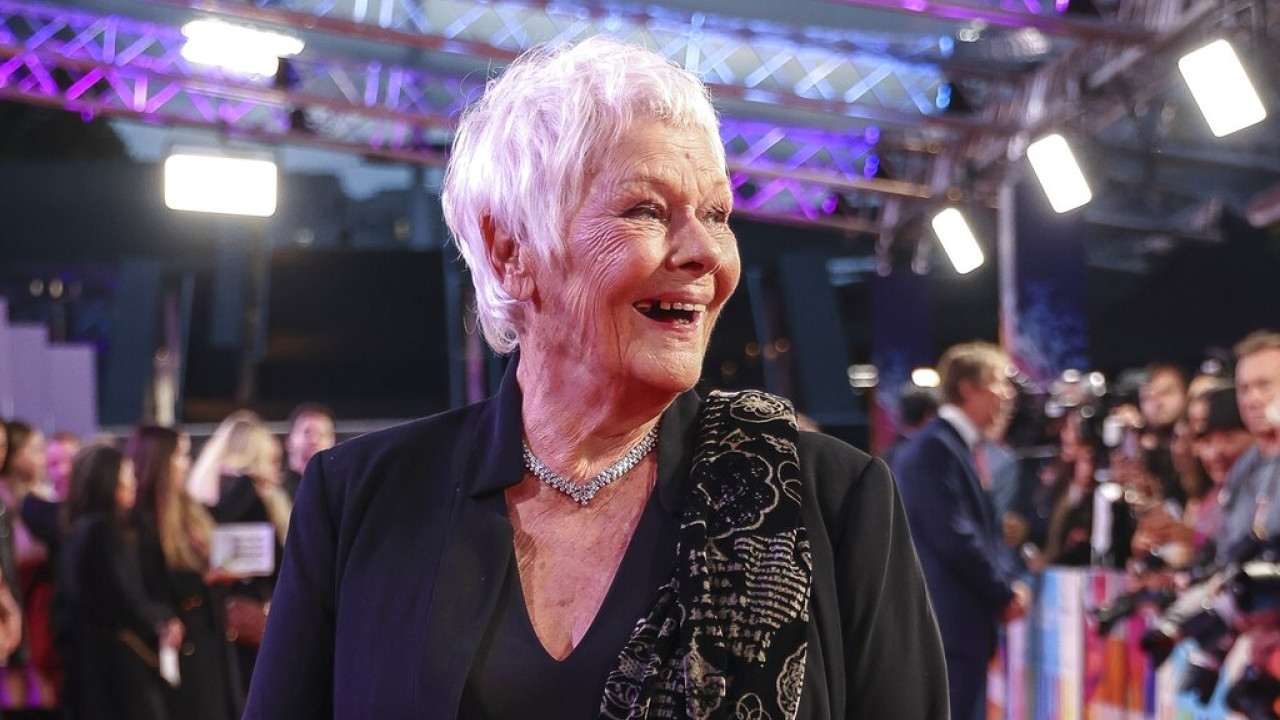 Judi Dench is losing her sight, but she is determined to continue her career

The 86-year-old actress, in an interview she gave, talked about her difficult daily life as she is unable to cope with the basics, such as taking care of her food, reading or writing.

Famous actress Judi Dench revealed that she suffers from macular degeneration, which causes gradual loss of her vision.

However, she declares that she is determined not to “put it down” and not to give up her career.

Judi Dench speaking on Louis Theroux’s show on BBC2 talked about her difficult everyday life, as unable to cope and in the basics, such as taking care of her food, reading or writing.

Nevertheless, she will not give up her career which is 60 years old. The Oscar winner for her role in the film “Shakespeare in Love” says she is determined to continue despite the obstacles.

“I don’t want to retire. I’m not doing much right now because I can’t see. It’s bad. But I have to teach myself a new way of learning,” said Judy characteristically, adding that she herself has a photographic memory, “so if someone tells me something I can learn it quickly. And I have a lot of people who can help me.”

When asked when and if return soon on the scene, he replied disarmingly: “Soon. It’s enough to know that there are no things falling down.”

Facebook
Twitter
Pinterest
WhatsApp
Previous article
DW: What to expect, and what not to expect, from Olaf Soltz’s visit to Athens
Next article
Elafonisos at the top of Italian holiday recommendations in 2023 – Grazie Italia!