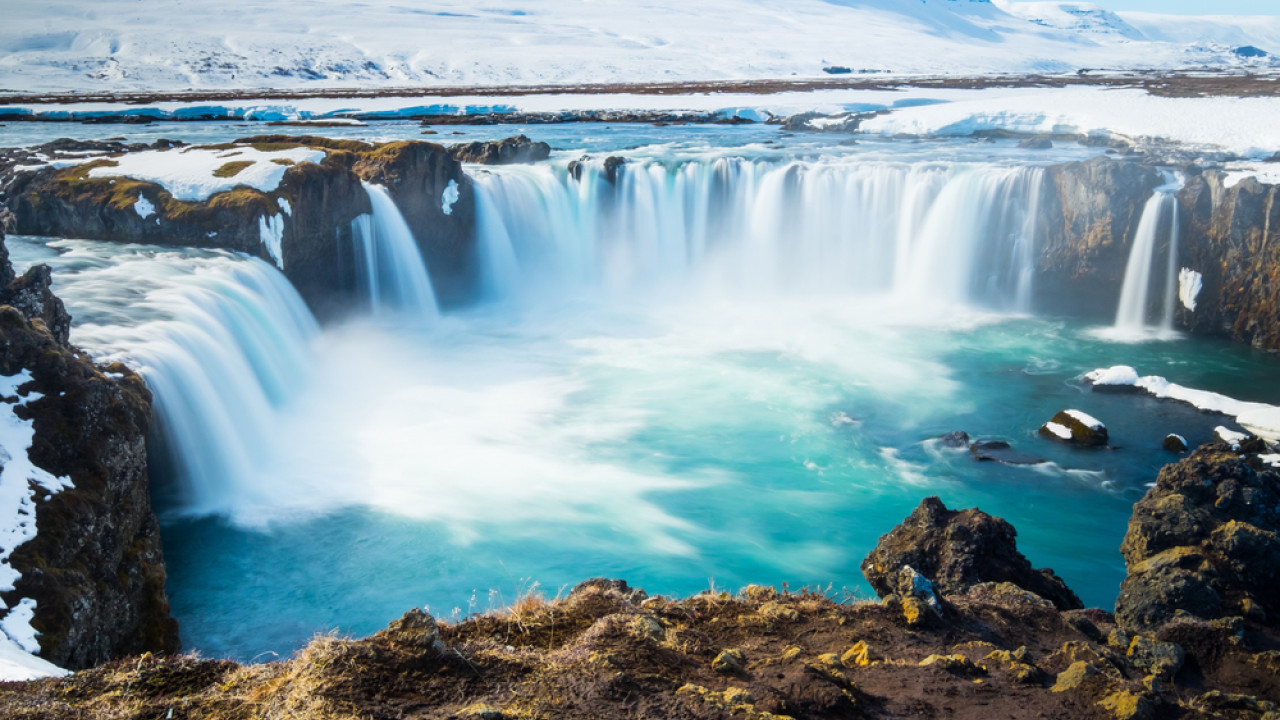 Which waterfall will ultimately steal the show is a personal matter, but don’t forget that you are in Iceland, “the land of waterfalls”

At Southern Region of Iceland, there are two of its most impressive waterfalls and in fact at a very short distance from each other. One of the two, statistically, is considered the second most famous waterfall in the entire country, which has not been called the “land of waterfalls” by chance.

THE Seljalandsfossis on the list of the 10 most photographed waterfalls in the entire country and is located in a vast meadow, white in our case due to season, lush green in any other season, from where it falls from a height of 61 meters (197 feet), while being part of river Seljalands, which originates in the glacier of the Eyjafjallajökull volcano.

But the most magical point of the waterfall is that it gives you the opportunity to see its impressive flowing waters from the inside, and this is because behind the base of the waterfall there is a small cave that the visitor can approach, with enough care of course, because of slipperiness from running water.

It is an experience that can hardly be compared to anything else. The path, although narrow, is easily accessible from both ends of the waterfall, especially in the summer months when the ice has not yet made its appearance. This “3D” experience evokes images from a fairy tale, with unique emotions, full of mystery and adventure.

Facebook
Twitter
Pinterest
WhatsApp
Previous article
Pagoni to SKAI: We don’t know when we will finish with the coronavirus
Next article
Ukraine: Barrage of explosions in Kyiv – Klitschko: Critical infrastructure was hit