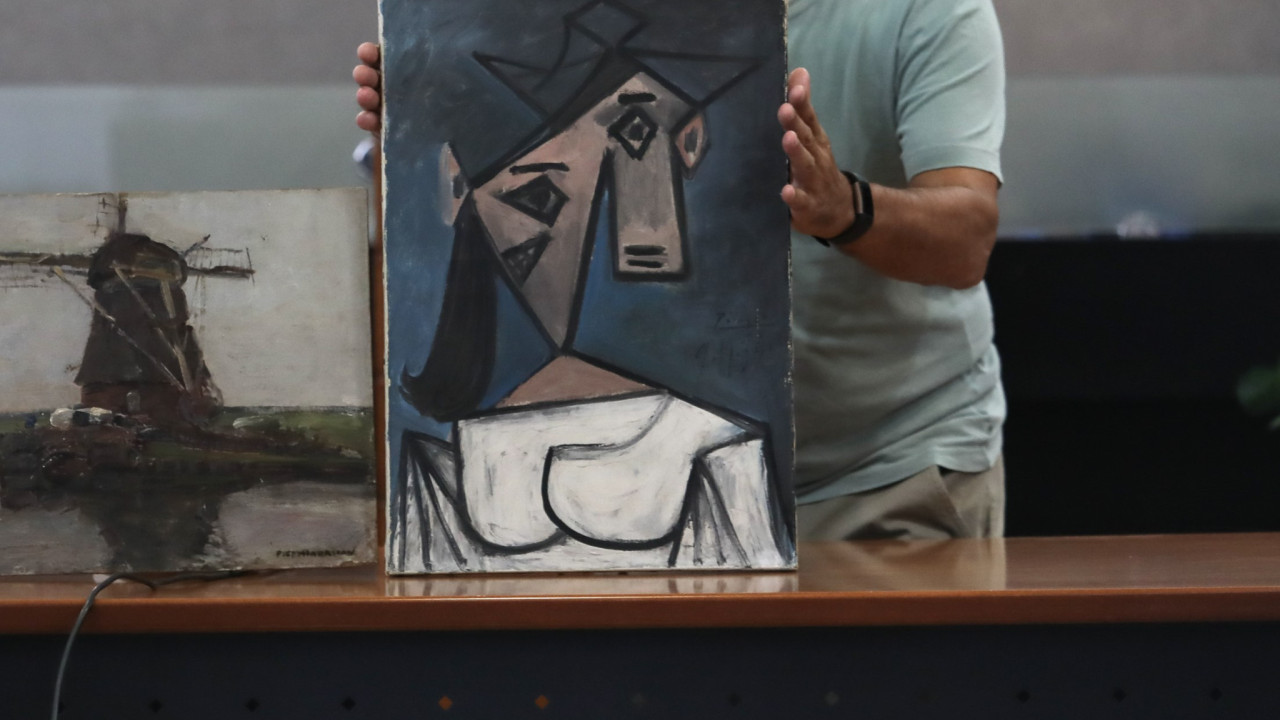 In the new wing of Western European art, the painting “Female Head”, which was stolen along with a Mondrian painting in January 2012 and recovered in October 2021, is on display again.

At the National Gallery, in the new wing of Western European art on level -2, Pablo’s “Female Head” is on display again Picassowhich was stolen along with a Mondrian painting in January 2012 and was found again by the Authorities in October 2021, after 9 whole years.

The perpetrator was a “philosopher” 49-year-old oil painter who “always wanted to have his own work of art”, as he himself stated in his apology.

The paintings were found in Keratea, in a place in a ravine, packed and protected to avoid damage.

Read more: The apology of the 49-year-old: How I stole Picasso and Mondrian from the National Gallery

The priceless Picasso painting – during the press conference at the Ministry of Civil Protection for the “heist of the century” in 2021 – slipped and fell from the bench it had been placed on. But he escaped the disaster again.

The “Female Head» is a work created in 1939 by Picasso and given to Greece.

The second is a 1905 painting by the Dutchman Piet Mondrian of a riverside windmill ‘The Stammer Windmill’, which was bought in 1963 by Alexander Pappas, who then donated it to the National Gallery.

Facebook
Twitter
Pinterest
WhatsApp
Previous article
Impressive photo: This is the spectacular ‘ghost’ of a giant star after a supernova explosion
Next article
Analysts make a small adjustment to inflation projection in a survey carried out before the 2nd round