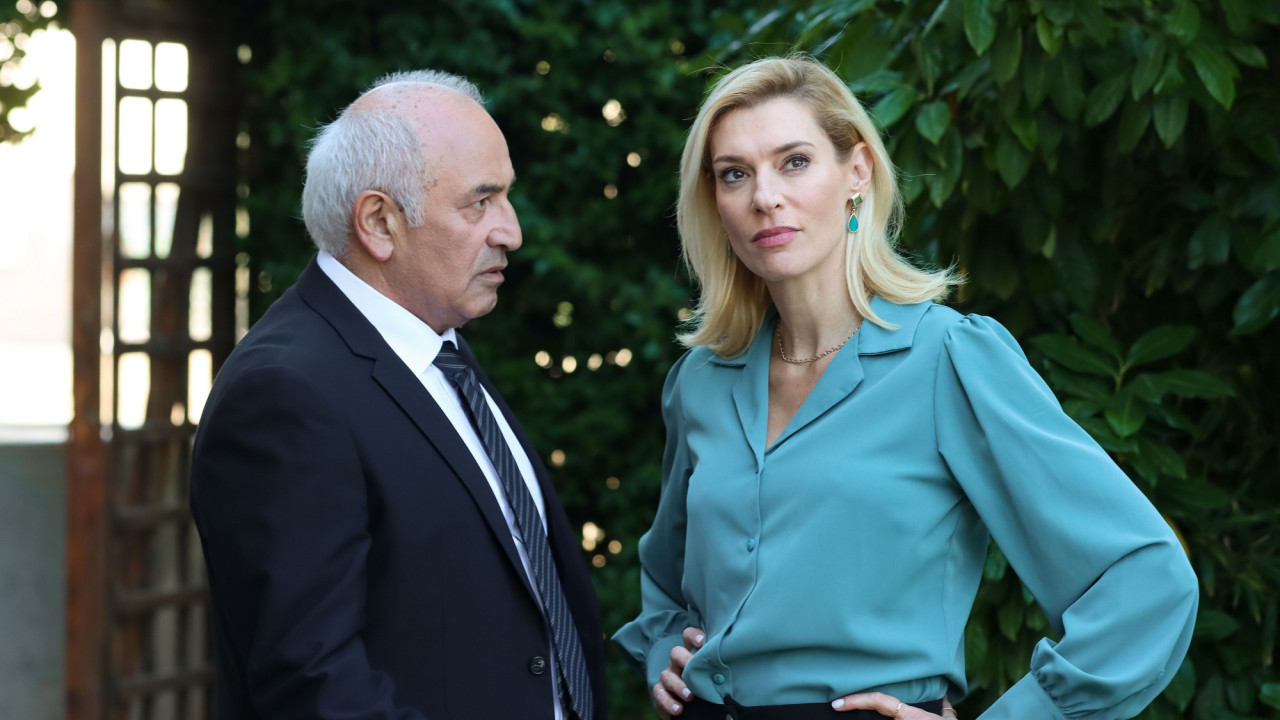 In the role of Filippo Stamos, Dimitris Mavropoulos. Today at 18.50, on SKAI

From today’s episode, Mr Dimitris Mavropoulosas Philip, comes and “stirs up the waters” in his daily series “Wild Earth”. His appearance in Agria Plagia creates new tensions and confrontations, while causing worry to Olga, who finds a new opponent in him.

Philippos Stamou was raised in a wealthy house in Evia with a lawyer father and was destined to take over his office, as he did. But Philip, loving prominence and power, meddles with politics and seeks power, influence and money. She has a lot in common, as a character, with Olga (Z. Doukas) – that’s why their conflict is so powerful. He liked Olga when they were young, but he wouldn’t risk his future for her… She wasn’t the girl from the right family, for him. He’s never been sentimental, but circumstances will bring him face to face with a side he didn’t know he had. A fickle and manipulative man, he changes his alliances as it suits him and is used to selling and buying others.

He has the guise of an ideologue but he is not. He has solidified his position with a network of people who serve him. Tough as an enemy, he becomes relentless with Olga because she annoys him for climbing. It bothers him that the girl he rejected then, took a position that he thinks belonged to him in the District, sits at tables with local actors and has more money than him… He considers it a personal defeat and revenge gives him true satisfaction. Philip did not know that he has a child and initially doubts that Elpida (P. Vitetzaki) is his daughter. But when he can’t help but face reality, what will be his attitude?

Kostis (Th. Banousis) begins the educational therapy program. Olga (Z. Douka) begins to feel unbearable pressure from various publications that shed light on the dark aspects of her life, while she spends her first night with Aris (S. Michael) of which she remembers nothing the next morning. Ares explains to her that they drank too much. Olga hears it with some reservation, while a carelessness of his makes her suspicious of him. Elpida (P. Vitetzaki) sees them in the morning on the veranda and makes sure of their relationship, she does not hide her bitterness and disappointment in Aris, who is at a dead end, since he cannot explain the truth to her. Thomas (S. Tzorgzoglou) tries to convince Athena (E. Marsidou) not to talk to Stefanos (P. Skarmeas), but reveals the secret to Grigoris (N. Arvanitis). Olga feels threatened by Stefanos interest in Myrto (M. Zorba) – and his attempt to make her remember. Michalis (K. Falelakis) struggles with himself, whether he should reveal to Aris that his mother, Myrto, is alive. A new adversary appears and Olga is agitated…

Facebook
Twitter
Pinterest
WhatsApp
Previous article
The Commission presents a reform plan for the Stability Pact – The “opposing camps”
Next article
Yara Charry talks about the importance of black actors in soap operas: ‘It inspires a lot’