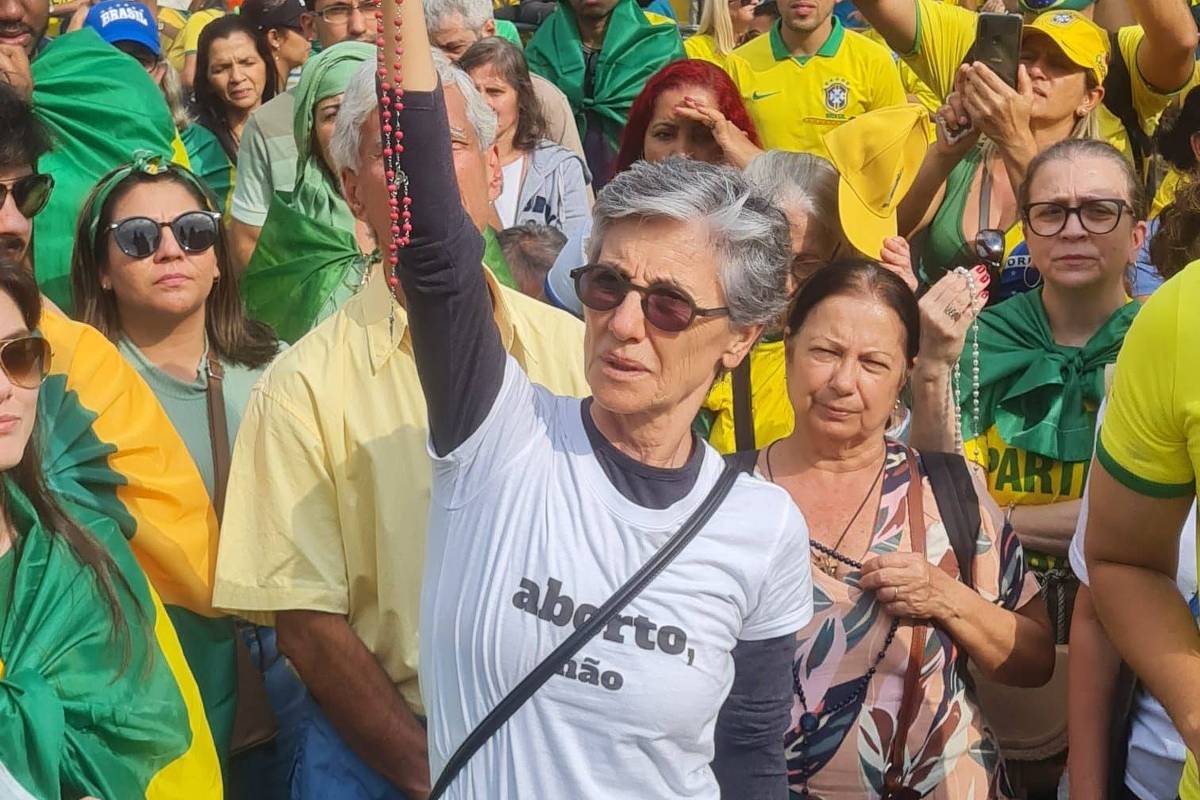 Actress and presenter Antonia Fontenelle, 49, supporter of President Jair Bolsonaro (PL), used social media to praise the participation of actress Cássia Kis, 64, who is on the air in the soap opera “Travessia” (Globo), in the coup demonstrations. who do not accept the result of the elections

Fontenelle shared a video of the actress in one of the acts defending Bolsonaro, who was defeated by Lula (PT) in the elections. actress in a tight skirt. “No, today Cássia shows herself to be brave, confident and combative”, said

“And about my silence that you demand so much, it’s because I’ve screamed a lot and I haven’t been heard, most of the time I must not have made myself understood, and in the art of war you have to know when to speak and when to shut up”, added Fontenelle.

A supporter of Bolsonaro and the coup acts, actress Luiza Tomé, 61, praised Cássia’s stance. She has shared videos of the protests on social media and complained about censorship in Brazil. “Beautiful Cassia, it must not be easy for her. God protect her.”

Cássia has been criticized by other fellow artists for participating in the coup acts and homophobic speeches. Globo released a position in defense of diversity after stating, in an interview with journalist Leda Nagle, that families composed of LGBTQIA+ people represent a threat and destroy human life.

Director and actress Mika Lins shared a video of Cassia kneeling with other protesters praying. “Ridiculous. She doesn’t believe any of this… Manipulative,” she wrote in the caption.

Actor Milhem Cortaz didn’t seem to believe the image he saw of Cassia. “Damn! It was…”, he wrote in the post’s comments. “It’s unbelievable”, said Bárbara Bruno.